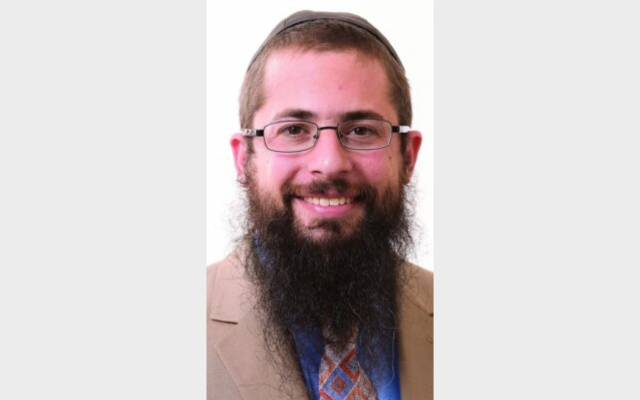 As Napoleon Bonaparte’s Grande Armée engaged in battle against Russia in the campaign that would ultimately prove to be his downfall, a sentiment credited to the Alter Rebbe, Rabbi Shneur Zalman of Liadi, described the diminutive commander as “good for the Jews, but not for Judaism.” History would prove the founder of Chabad Chasidic thought correct, and his aphorism has been on my mind of late when contemplating the choice we face at the ballot box on Nov. 3.

As a proud Jew and Orthodox rabbi, I’ve concluded that unlike Napoleon, the current president of the United States, Donald J. Trump, is neither good for the Jews, nor for Judaism. That is why I am supporting former Vice President Joe Biden and his running mate, U.S. Sen. Kamala Harris.

Everywhere I turn, I see a country that has neither been made “great again” nor is respected as the protector of human rights and the ingatherer of the downtrodden she once was. And that’s not surprising, considering that we are led by a man for whom suffering is a punch line, for whom dividing Americans is his stock in trade. After almost four years under President Trump, our nation is disrespected abroad while our Constitution and the very fabric of our democracy is trampled at home.

Between a charlatan and a decent man who has spent a career in public service, the choice is obvious. But when looking at what Trump has done to our community — nay, what our community has allowed Trump to do to it — the race between Trump and Biden isn’t even a contest. I have witnessed some of the most respected among us become sneering, abject partisans because of the embassy move, a legitimate policy coup for which the jury is, I’m sorry to say, still out.

By locating the embassy in western Jerusalem, Trump has successfully laid the groundwork for a declaration that the capital of the Jewish state is not, in fact, unified. The recent deal with the United Arab Emirates — which required Israel to take the idea of West Bank sovereignty, in the words of presidential advisor and son-in-law Jared Kushner, “off the table” — makes that result all the more probable. And yet, some of the fiercest defenders of Israel, who have spent most of their careers professing a love for a “greater Israel,” now praise Trump in his de facto abandonment of Israel’s settler movement.

Not that I’m a big fan of the settler movement, but I prefer people to be intellectually honest, and that’s not a descriptor that can be applied to today’s Republican Party. The GOP is now the party of Trump, and Trumpism is neither a movement nor a bona fide political theory. It is a cult of personality. It is just one step removed from idolatry.

In Biden, on the other hand, I see a principled leader, a longtime senator who has forcefully defended Israel through some of her most trying times, who as vice president was part of an administration that awarded the largest military aid package in U.S. history to the Jewish state, who at the dedication of the Old City home of the National Museum of American Jewish History specifically sought out Rabbi Abraham Shemtov for a hug. I know this much: A President Biden would do no harm to Israel, and would vigorously fight anti-Semitism at home instead of stoking and empowering it from the Oval Office.

I believe that one of the things that has made our country great throughout history has been its embrace, at times more in theory than in actual practice, of diversity. The idea that people of different backgrounds, socioeconomic statuses, races and creeds could come together in support of a common enterprise is what ultimately allowed our community to flourish. That we are currently experiencing a reckoning over slavery and the failed project of Reconstruction is something to be cherished, not derided and feared.

Community, sacrifice and justice are three values that Judaism has steadfastly stood by for thousands of years. They’re also three terms that are as foreign to the current president as they are guiding lights to Biden, the man whom I am confident should defeat Trump come Election Day.

Rabbi Joshua Runyan, a former editor-in-chief of the Pittsburgh Jewish Chronicle, is an attorney in Philadelphia. This piece originally appeared in the Jewish Exponent, an affiliated publication.

For an alternate view of Trump from the Orthodox perspective, go here.