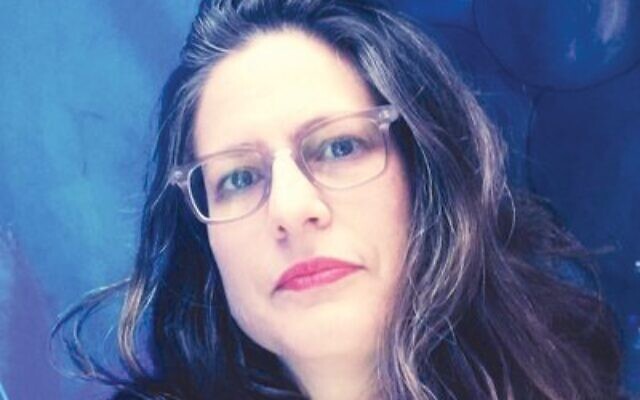 In the beginning of the 20th century, not too long after my maternal great-grandfather arrived in New York from Eastern Europe, the police commissioner of New York City, Theodore Bingham, published a treatise titled “Foreign Criminals in New York,” in which he described the inherent criminality of two groups that were perceived as a non-white menace at the time: Jews and Italians. The Russian Hebrews, as he called Ashkenazi immigrants, “are burglars, firebugs, pickpockets and highway robbers — when they have the courage; but, though all crime is their province, pocket-picking is the one to which they seem to take most naturally.”

Bingham described the threat of Jewish boys under 16, “who are being brought up to lives of crime,” he wrote. “Many of them are old offenders at the age of 10. The juvenile Hebrew emulates the adult in the matter of crime percentages, 40 percent of the boys at the House of Refuge and 27 percent of those arraigned in the Children’s Court being of that race. The percentage of Hebrew children in the truant schools is also higher than that of any others.”

This insistence on seeing Jews as criminals — even when they were children — was nothing new by the time Bingham published his paper in 1908, and persisted for years afterward, as historian Aaron Welt wrote in the journal “American Jewish History.”

“Life in New York exacerbated the distrust many Jewish immigrants had of state agents, especially following experiences of police brutality or corruption,” Welt wrote. And Bingham did not improve matters: “[His] approach to law enforcement represented a 19th century tradition that progressive reformers increasingly viewed as archaic and counterproductive. Trained in the military, Bingham implemented martial hierarchy in the NYPD … he expressed admiration for the strict surveillance and draconian tactics of authoritarian police departments of Europe, especially the Italian carabiner. Unsurprisingly, the commissioner often called for loosening the rules over policemen’s use of nightsticks.”

How things have changed. Today, most white Jews do not reflexively fear the police. We are not regularly stopped and challenged to account for ourselves; we are not mistaken for each other after an APB goes out; we are not shot during traffic stops. If I approach a police officer for help, I know I will be treated decently, albeit with characteristic Philadelphia brusqueness. When I explained to an officer last year during a traffic stop that I didn’t know my headlight was out, he apologized for the inconvenience and explained why he had to give me a ticket though he wished he didn’t have to. When I was regularly reporting on real estate, and trespassed on building sites in the course of my work, a cop would occasionally call to me, “Miss! You can’t be there!” without getting out of his cruiser. I’d make some friendly remark and he’d smile and wave and off we’d both go.

Yet had I been born when my grandmother was, in 1910 in New York, I would have grown up as a vision of criminality and threat to the police; I would have lived in a community where I had to be corralled and controlled. I can’t imagine the physical tension my relatives must have felt in their shoulders every day when police officers came to the neighborhood, how exhausted they must have been from trying to behave well despite knowing that behavior had nothing to do with it. It wasn’t about what they did; it was about who they were.

And that’s what it’s like for black Americans today, who are saddled with the perception of “inherent racial traits of criminality,” as Welt wrote of the Jews. A black man can’t be unaware of a broken headlight, as I was, because getting pulled over can be life-threatening. He can’t throw on a hoodie and pop out to the ATM without watching his back. If he’s drinking coffee, birdwatching, going for a jog or talking on the phone, he has to be vigilant, always, because he is being watched and assessed, his “danger” manifest simply by the color of his skin. When I look on neighborhood listservs or on NextDoor and see a post, “Saw someone suspicious today … ” I know that someone suspicious will be a black male. Unfailingly. Had I lived in New York in 1910, I’m quite sure I would have been seen as suspicious, and shooed off a stoop with a broom like a rat before I even had a chance to knock. But now I can knock on any door and be granted entry — a small white woman like me, so harmless. Meanwhile black people are arrested trying to enter their own homes. They are killed eating ice cream on their own couches and sleeping in their own beds.

Something happened over the years to transform white Jews into people who are no longer physically feared by the rest of society. Our whiteness, which could not be seen 100 years ago, is now all that’s seen unless we wear clothing or jewelry to indicate who we are. In my college years, during a semester abroad in Spain, I was the subject of vicious anti-Semitism until I stopped wearing my Star of David necklace. African Americans in the U.S. cannot remove their blackness.

While race may be a social construct, white Ashkenazi Jews have the possibilty to pass through society at its highest levels without being harassed or arrested. This is a kind privilege that black people can never experience. Our entire culture has to change if we want black Americans to undergo the kind of transformation other white ethnic groups did. Which is to say: from suspect to citizen.

And Jews with white privilege have to be dogged in support of this change for black Americans, just as we would have wanted others to support us in the earlier years of our struggle with American identity. We must summon the experience of our relatives who feared the police with good reason, who were unable to walk a street with the lightness of being and anonymity many of us — though not all — enjoy today. We must understand how oppression can turn to rage, how poverty engenders desperation, how feeling undermined, second-guessed and unseen every single day can bring people to the brink when their hearts are broken.

My heart is broken too. It’s broken for the families of George Floyd, Breonna Taylor, Freddie Gray, Eric Garner, Sandra Bland, Tamir Rice, Michael Brown, Philando Castile, Trayvon Martin, Ahmaud Arbery and so many others. It’s broken for the independent business owners whose livelihoods are compromised when their stores are looted. It’s broken by the white supremacist groups fomenting violence by posing as protesters and skewing the narrative. It’s broken by our division, our tragic rupture.

Growing up, I was taught to celebrate Jewish resistance and uprising. At 21, I stood at Masada and breathed in the spirit of my ancestors’ determination. Each year I celebrate the might of the Maccabees and our freedom from slavery at Passover. We Jews know how it feels to be raging, to be broken, to live in terror of our fellow human beings. We know how it feels to want to fight back. Now we must not only respect that fight in others but join in to fix what’s broken. I hope we can all hold hope in our hearts for each other and move forward to live together without fear. We have to find a way. pjc

Liz Spikol is the editorial director of the Pittsburgh Jewish Chronicle.