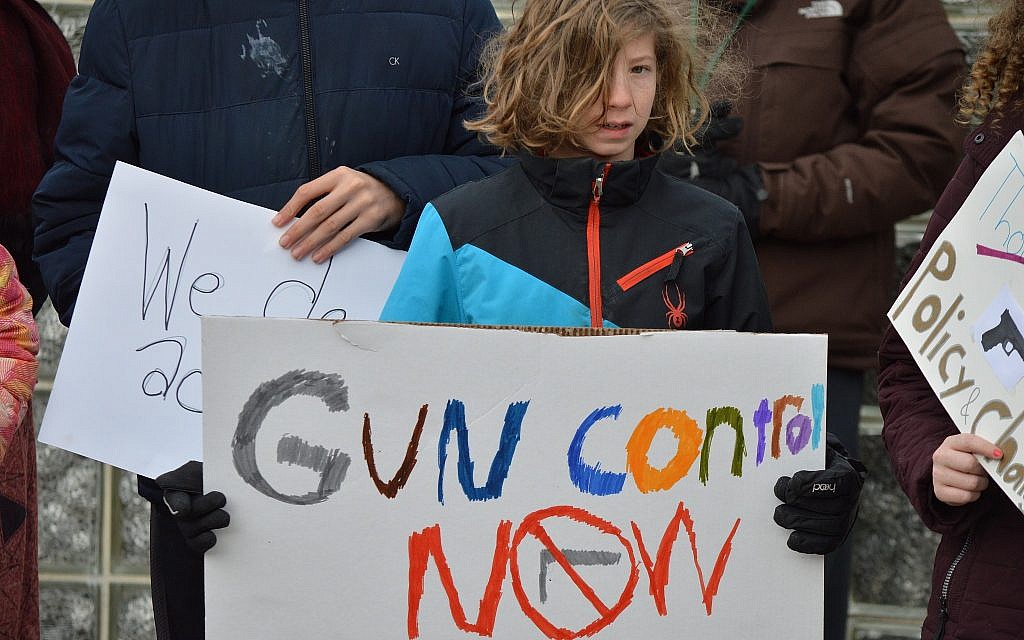 This article was first published on May 25, 2022, in the Forward. Sign up here to get the latest stories from the Forward delivered to you each morning.

The mass shooting in Uvalde, Texas, makes me want to scream.

If you are a parent, or if you were ever a child, it’s impossible to read about the deliberate slaughter of 19 children and two adults at Robb Elementary School by an 18-year-old gunman and not want to just shut down and cry.

That’s the natural response. After Sandy Hook. After Parkland. After Columbine. After Santa Fe.

You don’t remember the high school shooting in Santa Fe, Texas, in 2018? Ten students were killed. Their parents still live with the agony of loss, but there have been 119 school shootings in the United States since then, and 212 mass shootings since January. There is no time for the rest of us to cry, much less remember.

The understandable response is to make it stop. To fix it. To draw a line in the sand.

But that is where it gets confusing. The grief and the outrage is pure. The solution is messy.

In the aftermath of a mass shooting many people will call for stricter gun control. Research is on their side, to a point: Studies show that more gun control will result in fewer gun deaths. After a mass shooting that killed 35 people in 1996, Australia imposed strict gun ownership measures and outright bans on semi-automatic and automatic weapons. Seven years after that law went into effect, its firearm homicide rate dropped by about 42% and its firearm suicide rate fell by 57%.

But — and this is as dispiriting a ‘but’ as you could imagine — there is little evidence to suggest that more gun control would prevent the next Sandy Hook or Uvalde.

Yes, it was a pandemic year, but the proportions of mass shootings to overall firearm deaths holds true in other years. In 2016, mass shootings accounted for less than 2% of the year’s 39,000 gun deaths. Tougher gun laws may prevent school shootings, but the evidence for that is not clear.

What is clear is that gun laws that reduce suicide and homicides, the two greatest sources of gun deaths, will save lives. Uvalde, coming just 10 days after the racist attack that killed 10 Black people at a Buffalo supermarket, should serve as wake-up call to sensible gun legislation that can save thousands of lives, starting now.

One clear proof of this is Israel. Israel, like the United States, is a developed country where Uzi-toting soldiers are ubiquitous and private gun ownership is legal, though nowhere near as prevalent as it is here. But Israel had two deaths per 100,000 residents in 2019, compared to 12 per 100,000 people in the U.S.

In Israel, anyone who qualifies can get a gun — but those qualifications make all the difference. You must meet a list of criteria to ask for a license.

You need a note from your doctor assuring you are in sound physical and mental health. You can’t have a criminal record. You must take a written and practical gun safety test. You are permitted only one gun and 50 bullets at any given time. About 40% of requests for gun ownership are rejected.

“Israel’s social reality — the large number of firearms on the country’s streets — may look like an American conservative’s utopia,” Haviv Rettig Gur wrote in the Times of Israel, “but it got there via a domineering statist regulatory regime that American gun control activists can only fantasize about.”

I am guilty, I admit, of fantasizing that American conservatives who throw their support behind Israel would want to emulate its more sensible domestic policies, starting with gun control.

Of course, Israel has no Second Amendment, which the Supreme Court has interpreted to guarantee the individual right to bear arms. But every right comes with responsibilities, and regulating gun ownership is a proven way to keep guns out of the hands of people who would harm themselves, or others.

There are 393 million guns in this country. It is unlikely that there will ever be a law that would absolutely prevent one deranged individual from getting hold of a gun. The shooter in Uvalde used a handgun and a shotgun, not an assault rifle or any category of firearm that would likely be outlawed. There is no gun control measure, in short, that would stop this most nightmarish kind of senseless violence.

The left/right gun debates that inevitably rage in the aftermath of school shootings usually focus on assault weapon bans or mental health issues. They avoid what a wealth of studies shows to be true: sensible, Israeli-style gun control measures, starting with universal background checks and mandatory firearm testing and training, can save thousands of lives.

Let me repeat one fact above all: In 2020, there were 123 firearm-related deaths each day. Even the least Draconian, most common-sense gun control measures would reduce these numbers. Otherwise our country’s death toll from firearms will continue to be the equivalent of five Uvaldes a day.

Maybe we all need to cry less, and scream louder. PJC

Rob Eshman is senior contributing editor of the Forward.