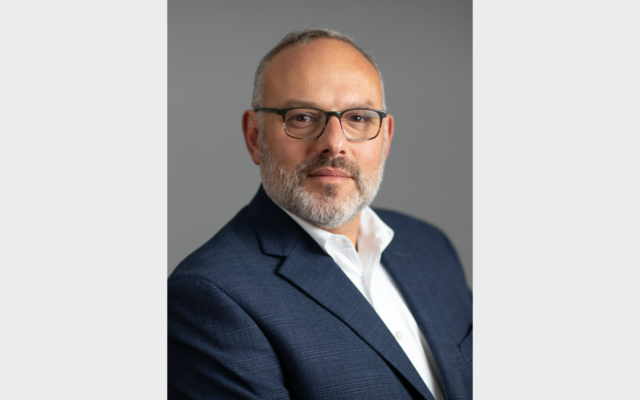 Speakers from four organizations — the Consulate General of Israel in New York, the Jewish Federation of Greater Pittsburgh, Jewish Family and Community Services of Pittsburgh and Israel Trauma Coalition — discussed ways to address trauma and crises at the Oct. 28 Zoom event “Two Years after the Antisemitic Attack in Pittsburgh.”

They recalled strategies implemented in response to the Oct. 27, 2018, Pittsburgh synagogue shooting, described ways the community has healed and grown stronger since then and stressed the importance of preparing for traumatic events.

After a brief introduction from moderator Tal Heinrich, a journalist and anchor for Quick Hits News, Israel Nitzan, acting consul general at the Israeli Consulate in New York, and Jeff Finkelstein, CEO of the Jewish Federation of Greater Pittsburgh, spoke to more than 150 participants.

“This is not just another webinar,” said Nitzan. “This is a story of solidarity.” He described the importance of resilience in the face of two pandemics: COVID-19 and anti-Semitism.

Finkelstein spoke of the collaborative approach Pittsburgh Jewish organizations took following the shooting. JFCS took the lead on mental health, the JCC was a hub of activity and conducted security briefings for each local Jewish organization, and the Federation provided armed guards for every Pittsburgh Jewish institution for the month following the attack, he explained.

“There were no additional threats,” Finkelstein said. “But we wanted to make sure everyone was not only safe but that they felt safe and would return to our Jewish institutions.” A testament to that, he said, is that all but one family showed up to preschool at the JCC just 48 hours after the shooting.

Heinrich’s first question: How did you react moments after the Oct. 27 attack?

Golin said he was shocked, then quickly shifted into action mode. Small was at a bar mitzvah and heard siren after siren after siren. The congregation went into lockdown, she said, but they didn’t know much at the time, just bits and pieces from staff members with phones at the bar mitzvah.

Levanon said ITC and Golin connected via the consulate. The next day, ITC started recruiting experts, and 48 hours after the shooting, those experts were in Pittsburgh.

JFCS had therapists on staff, but not trauma experts, explained Golin. ITC educated them on trauma, set expectations and offered suggestions to implement in the community.

“We had institution after institution, people after people, family after family that were all in need,” Golin said. “The fact that ITC was there to help us figure out how to meet those needs, I can’t overstate the importance of that from our perspective.”

Small agreed. “They were like a warm hug, which is what we so needed in that moment,” she said.

Heinrich asked what the response to the shooting said about the Jewish people.

For Golin, hugs were part of the healing.

“I’m not a real huggy kind of person,” he said. “But I gave more hugs and received more hugs in the weeks and months after this shooting than in probably my entire life.”

Some of the services and strategies — such as hotlines and support groups — that were used to respond to the shooting were also implemented when the COVID-19 pandemic hit, said Small. And JFCS has added two trauma therapists to its team, who Small said are “helping the helpers so we are strong enough to help the rest.”

Since the shooting, the community has helped other communities dealing with hate attacks through the 10.27 Healing Partnership, and communal security director positions have been added across the country, said Golin.

In addition to security and training, relationship-building is critical, stressed Finkelstein.

“The outpouring of support and love that we had from so many communities wasn’t by accident,” he said. “It was because we know each other.”

That outpouring came from all over, said Small and Golin, who described the windchimes from Los Angeles, painted stones from Maine, challahs from Philadelphia, therapeutic clowns from Israel and cards from all over the world that were sent to Pittsburgh.

Levanon ended the discussion with a sobering reminder of the need to be prepared. “I know I can only wish that it will never happen again,” she said. “But unfortunately, I don’t think that we are all that naïve.” PJC