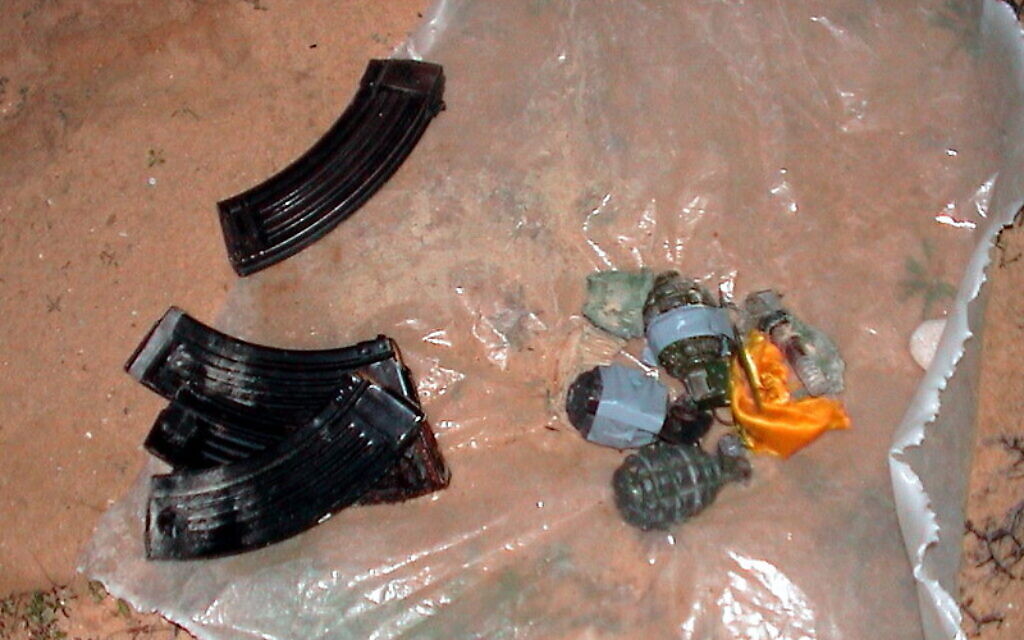 Terror Attack Prevented in Kfar Darom, 02/16/2001. A terror attack was thwarted by border police forces near the settlement of Katif. Later scans uncovered an AK-47 assault rifle, cartridges and grenades. Photo by IDF courtesy of flickr.com

The phrase “no good deed goes unpunished” is usually the observation of a cynic, but it can sometimes explain why what seems like a positive step can have negative consequences. The Abraham Accords and Israel’s recent wave of terrorism may be one such example.

There will be those who reject that idea, but understanding the motivation of terrorists is important, and often avoided. For instance, nine days after 9/11 President Bush addressed a joint session of Congress and asked rhetorically why the terrorists who had attacked America hated us. His answer was “They hate our freedoms: our freedom of religion, our freedom of speech, our freedom to vote and assemble and disagree with each other.”

Osama Bin Laden attacked the United Stated because he hated the fact that American troops were stationed in Saudi Arabia and that they were helping to prop up a corrupt and repressive monarchy. That may have been the right choice given American dependence on imported oil, but framing Bin Laden’s motivation as hatred for America’s freedoms did nothing to help understand his motivation. And it also excused the United States from considering doing anything in response beyond pursuing and eliminating Bin Laden and his followers.

Something similar seems to be happening in Israel in the wake of three terrorist attacks in recent weeks. Some opinion writers have ascribed the inspiration for the acts to ISIS and have faulted the intelligence services for not having prevented them. But what if the terrorism was prompted by people who believe their lives have no hope of improvement.

It is not just the authors of UN reports who think Israel is an apartheid state. The threatened destruction of Arab homes in East Jerusalem says to many that there is one set of laws for Israeli Jews and another set for others. And the national-state law reinforces that belief even if it is erroneous. In the case of the West Bank, Arabs are subjected to the military justice system while Jewish settlers seem constrained by no judicial system due to a lack of enforcement. So, Arabs have no faith that there is a judicial system that will address their grievances.

To make matters worse, politics provides no hope for a better future either. The Palestinian Authority and Hamas have become dueling kleptocracies only interested in maintaining their grip on power. And no one seems to care about unresponsive politicians who refuse to allow themselves to be replaced. When Palestinian President Mahmoud Abbas postponed elections last year all the State Department spokesman would say, despite repeated questioning from reporters, was that it was up to the Palestinian people to decide. But it was Abbas who made the decision because he feared losing, and not his people who wanted to be able to vote.

For many years Palestinians have taken some comfort from the fact that Arab countries routinely condemned Israel. Those countries often mouthed support for the Palestinian cause but more to distract their own people from their internal problems than in the belief that they were going to be able to have any impact on Israel. Instead, they often had an under-the-table relationship with the Israeli government to enhance their own security. But now that a growing number of those countries have open, diplomatic relations with Israel, the hope that change may come from external pressure is gone.

When people live without hope, it can prompt some to snap and turn to violence. The problem for Israel’s security forces is that it is impossible to know in advance in every case when this might happen. In other words, it is not unlike mass shootings in the United States.

This week the process of selecting a jury to determine the punishment of the teenage killer of 17 students and staff at Marjory Stoneman Douglas High School in Parkland, Florida, began. As with each multiple homicide, the only thing that is clear is that there are too many guns and too little attention to mental health problems in this country. Not to mention Tree of Life. Some will criticize the authorities, and some will say “never again” but no real corrective steps are taken. And since the police cannot anticipate who the next mass murderer will be, it is only a question of time until the next one.
And unless there is more reflection on why Israeli Arabs and West Bank Palestinians turn to terrorism, it is also just a question of time until the next attack. Just saying ISIS inspired it excuses any action other than an eye for an eye. But don’t expect the politicians who capitalize on hate and fear to suggest that. It is easier to say they hate us because of our freedom or because of our religion than it is to suggest that national introspection is what is needed. PJC