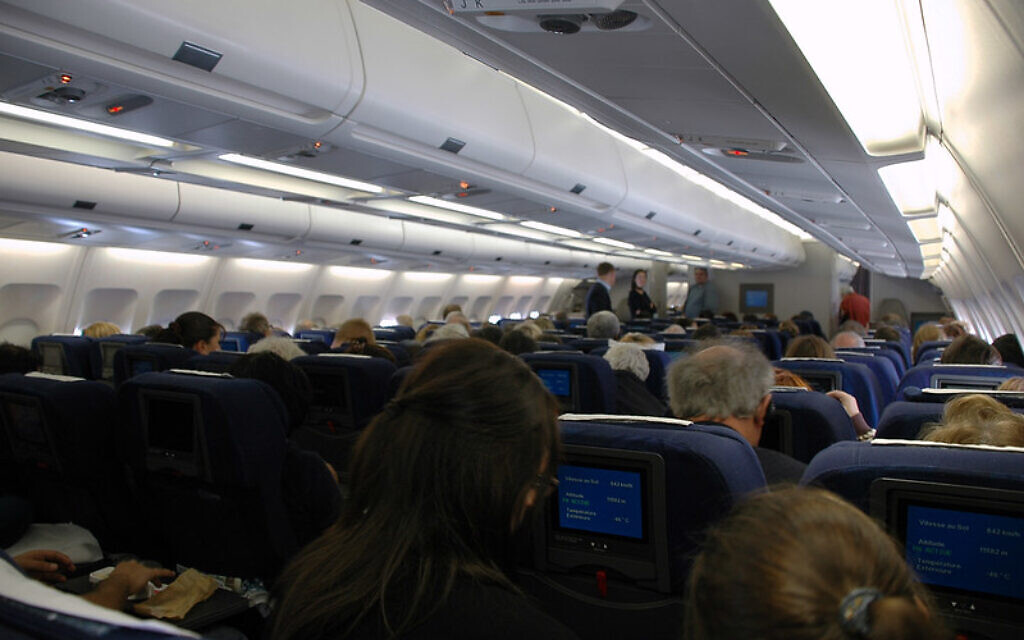 Photo by Caribb, courtesy of Flickr.com.

I couldn’t help but listen to the two men in the row behind me, after all we were on an airplane. It was the first flight I had taken in almost two years, and I was terrified. After a year of being socially distant, crossing the street when seeing others walking toward me, being in a state of suspended and perpetual fear due to the pandemic, and the many arms of hardship that have sprung from it, I was suddenly in public again.

A year ago, as a social worker, I worked face-to-face with individuals, processing their emotions and experiences. But I hadn’t been in a room with another person outside of my family for any length of time since March 12, 2020. Once I was on the plane, I realized I was more anxious about the sudden violation of sharing physical space than I was prepared for. My mind was experiencing sensory overload with everything going on around me.

I have no idea what these two men looked like — I would never be able to identify them in a crowd — but their Southern drawls still rang in my ears hours later. Over and over I heard about the strict limitations they were expecting regarding accessing weapons and ammunition, and their anger with the shifting political climate.

As I sat there listening to them, I felt my own anger build. I thought of my hometown and the mass shooting that occurred there just over two years ago, the single most deadly act of anti-Semitism on American soil. The men’s words cut through my thoughts:

“ … making it harder to get ammunition … there haven’t been any mass shootings for years … if you don’t count suicides … ”
How did these men not know?

As they rattled on, though, my anger began to dissipate. I considered that perhaps they never met someone with a different perspective. I recalled President Joe Biden’s inauguration address, that America is divided in many ways, on multiple levels, all of which have been exacerbated by a global pandemic, a racial justice movement that has been building for decades upon decades, unprecedented rates of unemployment, poverty and constant fear. So often anger is the more comfortable response than fear, and I understand why.

Fear is often of the unknown, the other, the obscure. Anger over what the stranger does not know nor cannot comprehend is understandable.

At first, I wanted to yell and rage at those men, angry that they did not believe, or maybe could not begin to grasp, what gun violence looks like when it happens to you, to someone you know, in the city where you live — what it was like to be on the receiving end of a weapon, to be a victim of violence. I wondered if the denial of gun violence in our nation was a protective measure for each of them, as they spoke about firearms and their Constitutional rights in a proud and awed way. These men may never have sat down and spoken to someone who had different views on firearms and gun safety laws.

Then I realized I haven’t either.

I am someone who has been affected by mass gun violence, my city and place of worship scarred by the horrific attack of Oct. 27, 2018. I have lost someone to suicide with a firearm. I’ve even met someone who survived a suicide attempt via a firearm. Most of my conversations about gun violence have been with people who share my story, not those with a different narrative.
We are all in this together.

I worry that by keeping quiet that day on the plane, I let the divide between the American people deepen. If I continue to surround myself with people who have the same background, the same interests, the same experiences, the same sociopolitical views, how will I learn anything new? How will I learn about the other? How will I welcome strangers into my life, forge new connections, expand my community?

What if I had reached across the divide between us, our different personal and political beliefs, our different views on gun control and violence? What if I had opened the door for conversation between myself and the other? I want to do this, even though it is deeply uncomfortable. Sharing our experiences will help us unite. It is imperative. PJC

Hannah Krohner is a Pittsburgh native. She is a clinical social worker who practices in the Shadyside area.