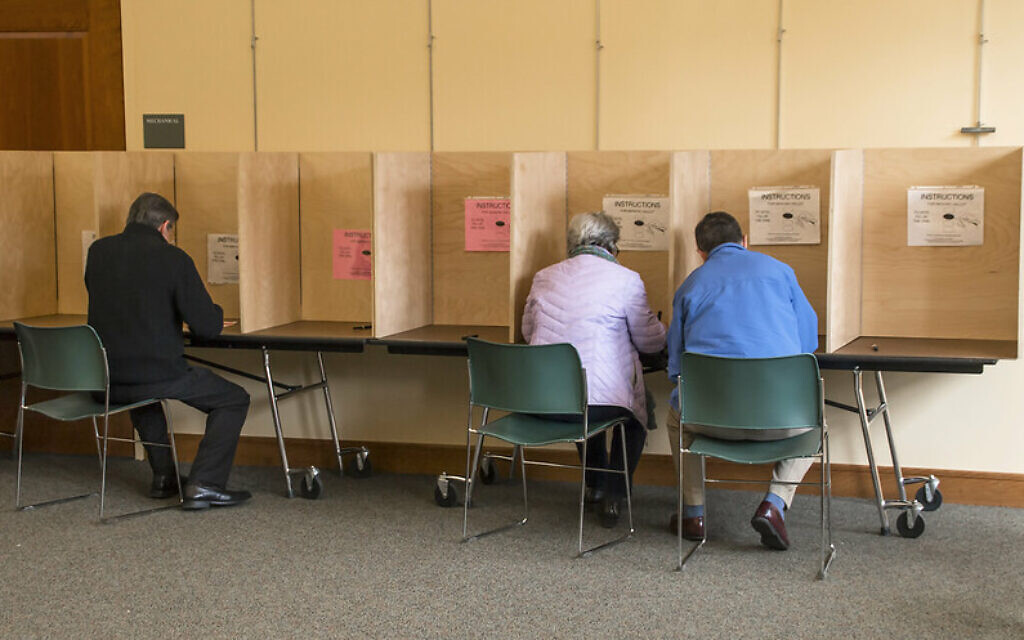 Over the past few weeks, I’ve received lots of advice about whom to support in the recent Democratic primaries. An acquaintance in the Orthodox community told me: “Rabbi, I don’t mean to ‘Jew-splain’ this to you, but Steve Irwin is pro-Israel and Summer Lee is not.” It’s been national news that AIPAC spent millions of dollars on mendacious attack ads against Summer Lee. I’m not writing to endorse her or any other candidate. My argument is about the very notion of putting Israel first when electing our leaders. There is a pervasive assumption that the only one way to vote as a Jew is to support AIPAC-anointed pro-Israel candidates. It is that underlying belief that I question.

There are 7 million Jews who live in Israel and the occupied Palestinian territories. They are my people and I care about their well-being. But a candidate’s views on Israel should not be the only criterion we weigh. Judaism demands more from us than sheer tribalism.

Feeding the hungry, healing the sick and giving voice to the disenfranchised are core values embedded in our sacred texts. The Torah again and again calls upon us to take care of the widow, orphan and stranger in our midst. Geography matters as well. Jewish tradition is clear that, when resources are limited, we are to prioritize the needs of those in closest proximity to us over those farther away.

In Bava Metzia, Rav Yosef says: “If the choice is between the poor of your city and the poor of another town, the poor of your own town have prior rights.” The Hatam Sofer, a 19th-century Haredi leader, addressed the question of who should take precedence: the poor in your city who are in dire straits or the poor in Jerusalem who are less needy. He writes: “If the people of Jerusalem have their basic needs taken care of, they have no claim to tzedakah funds until every single resident in one’s own city has equal support.” It may surprise some that he was not referring only to the Jewish residents in one’s city.

Judaism is not ambiguous. Our top priority must be to address the needs of those closest to us. That means advocating for adequate food, clean water, affordable housing and a living wage for Jews and non-Jews alike. American Jews will be served best by living in places that safeguard the health, freedom and dignity of all inhabitants. Our neighbors and fellow citizens of all religions must be of primary consideration when we act politically. Prioritizing Israel over the fundamental welfare of the local community is in fact antithetical to Judaism.

For those of you who will remain single-issue voters, you can rest assured that support for Israel is firmly entrenched. Israel already receives the largest amount of U.S. military aid of any nation, despite having a highly robust economy of its own, and the $3.8 billion is in no danger of decreasing. Evangelical Christian elected officials have their own reasons for guaranteeing that this funding continues unabated. Progressive voices in our government who object to Israel’s subjugation of the Palestinians will not threaten the foreign aid or diplomatic ties between the two countries. AIPAC preys on our fears by greatly exaggerating the impact of local elections on Israel’s security. Israel does not rely on the outcome of U.S. congressional elections for its survival.

Staunch loyalty to Israel does not trump all other Jewish values. From a Jewish perspective, a politician’s views on Israel are less important than their policies toward the needy. The survival of Diaspora Jews depends far more on the freedoms and protections enshrined in the laws of the nations in which we reside than on our government’s relationship to the state of Israel. Hevre, we would do well to keep that in mind in November. PJC

Rabbi Amy Bardack serves on the executive council of the Rabbinical Assembly, a global membership organization of more than 1800 Conservative rabbis. She lives in Squirrel Hill.