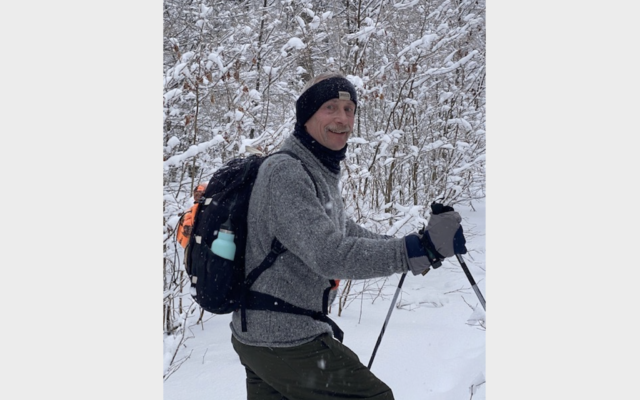 While most people have been confined at home for the past 14 months, scores of Pittsburgh seniors have been going on culinary tours of Italy, hiking through France and exploring art museums — all virtually, of course.

The Virtual Senior Academy, run by AgeWell at the Jewish Community Center of Greater Pittsburgh, has been providing free online classes for people 50 and older since July 2020, and has grown even more popular during the stay-at-home mandates over the past year.

“It’s been really important as a way to keep people connected,” said Madeline Barnes, a VSA program coordinator. “Even before the pandemic, social isolation was already affecting many seniors who were homebound.”

The VSA was originally created by the Jewish Healthcare Foundation in 2017, but was entrusted to the JCC in early March of last year. Since then, the platform’s membership has increased by 42%, with about 1,400 active users in total.

“It was kind of perfect timing considering [the JCC] had just closed our doors,” Barnes said, referring to the transfer of stewardship. “It gave us some leverage to help people when we really needed it.”

All of the program’s classes are run by volunteer facilitators, and it offers courses on a variety of subjects. Several local organizations offer specialty classes, such as an art exploration seminar with the Andy Warhol Museum and a chess series from Venture Outdoors. Other offerings include book clubs, health lectures, music lessons and a popular computer literacy workshop.

While the academy was intended for Pittsburgh-area seniors, people of all ages from all locales are welcome to participate. Recently, there has been an uptick in participants from across the U.S., and one facilitator even had a person from the United Kingdom in their class.

“It’s almost become an international program,” Barnes said. “It’s wonderful to see that it’s having such a mass appeal.”

For Joe Brosky, that appeal started back in 2017 after he retired from a 45-year career in law enforcement, banking and steel. Brosky had returned to his hometown of Pittsburgh to be with family and to see old friends. He was just beginning to rebuild his social network when COVID struck and the stay-at-home mandate was imposed.

“The first thing I did was jump on Coffee Connect,” a semi-monthly morning class where participants chat casually about various topics, “and it was a lot of fun and a nice group of people,” Brosky said.

He soon found he was missing the group during the off-weeks, and so, encouraged by his fellow members, he started Cupa Joe, a similar course, for the in between weeks. During Cupa Joe, Brosky, an avid hiker, often shows photos and maps from his explorations, including a 108-mile hike on the Trans Mont Blanc trail in France that he completed with his wife. The participants discuss their own experiences touring national parks and encountering wildlife.

“It just tickles me — it’s so fun to see how conversations and friendships develop,” Brosky said. “We’re all Zooming, there’s no physical contact, we’re not actually having a cup of coffee together, but everyone’s always so happy to see each other.”

Besides hosting Cupa Joe, Brosky enjoys taking art history classes run by the Carnegie Museum and a dance course from Attack Theater. The VSA has given him a sense of agency during the pandemic.

“Socialization is what I miss the most, and I wanted to do something to give back to the community,” he said. “It’s been really good for me because I feel like I’m helping others, and at the same time, they’re helping me. It’s gratifying.”

Filomena Varvaro, another facilitator and participant, shares that sentiment. Varvaro got involved with the VSA in late 2017 and was teaching her first class by January 2018. A former medical-surgical nurse and professor with the Duquesne University School of Nursing, Varvaro’s courses focus on physical, emotional and social health, including a class on controlling blood pressure and another about expressing gratitude.

While her professional interests are in healthcare, Varvaro’s favorite classes to participate in are art courses.
“I never had an opportunity to take art and music and theater in school because I was always taking professional classes,” she said, adding that she recently enrolled in a painting class from the Pittsburgh Cultural Trust as well as an acting seminar.

“Probably the best class I ever took was about how to make greeting cards,” Varvaro said. “Over the holidays, I hand-made 176 cards and sent them all across the country to everybody that I knew since I couldn’t visit them. It was so relaxing.” PJC