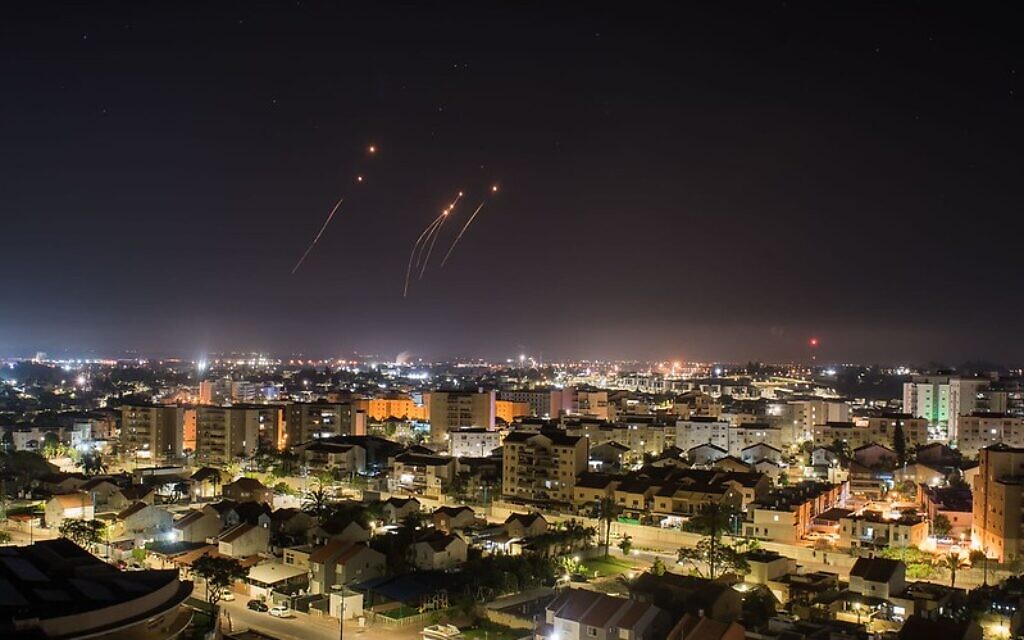 Jerome Marcus believes Israel has done a better job justifying Operation Breaking Dawn than it has others in the past, including Operation Guardian of the Walls. Photo by IDF, courtesy of flickr.com.

The Jews, in general, and this Jew, in particular, have complained for years about how poorly Israel has explained itself to the world. It’s a privilege to be able to recognize good work on this front by the Israel Defense Forces now that it’s been done.

In almost all of its previous military confrontations with its neighbors, Israel has been attacked by wild lies, to which it has responded by saying that the libelous accusation is under investigation. After the lie had made its way around the world alone for weeks, a report would be issued by the IDF proving to any objective mind that the lie was a lie. But by then, it was far too late. The lie had embedded itself in the world’s “narrative,” and the truth was completely irrelevant.

So it was with the “massacre” in Jenin that never happened. So it was with the staged films about Mohammad Al-dura. So it was with any number of attacks on ammunition dumps, rocket launchers and snipers lodged in Gaza’s schools, mosques and homes. The world heard about the attacks on these buildings, and it condemned the attacks and the Jewish state for committing them. Then, weeks later, if you were paying close attention and reading Jewish or Israeli news sources, you might learn what actually happened — that the schoolyard was being used as a rocket-launch pad; that the mosque was filled with explosives; that the apartment building window was the location of a sniper or a Hamas command-and-control operation.

But this time is different. In “Operation Breaking Dawn,” which has now concluded, the IDF Spokesperson’s Unit is clearly out front. It has been releasing, within a few hours of the events, footage showing exactly what Israel is doing. As important, the footage shows what Israel is not doing; it is showing the many attacks called off because of the nearby presence of noncombatants.

It has been Israel’s policy and practice for many years to abort attacks that unnecessarily endanger civilians, as Israel has patiently explained to anyone who cares to listen. But in the past, Israel hasn’t revealed to the world the evidence showing this degree of care in action actually being applied in real time. Now Israel is publishing that proof and doing so very quickly, like on the day of the attack, often within a few hours.

IDF news releases are also showing the errant missiles launched by Palestinian Islamic Jihad (PIJ) — errant, that is, because they killed Arabs instead of the Jewish civilians at whom they were aimed. It is showing the 20% of PIJ’s missiles that land within Gaza, killing the very people the terror group pretends to be fighting for.

The result is a slew of news stories not published in the same old way, libelously attacking the Jewish state. The New York Times has maintained its standard policy of publishing articles only about Israeli military action, with no mention of the hundreds of missiles PIJ is launching at Jewish civilians that explain that action. But even in the Times, the articles contain timely explanations from the IDF of what’s being attacked and why.

This relative evenhandedness is not a function of any change by the Times in its political views, or because politics has somehow been disentangled from the “news” section of that once-great newspaper.

The reason the stories are more evenhanded is that it’s harder to write completely one-sided articles if the truth is out there for all to see. And now it is.

So, for example (though you would never learn about it from the Times), there is a series of clips showing four attempts to assassinate Khaled Mansour, the Islamic Jihad leader killed on Saturday. In the first three attempts, the attacks are called off because children are nearby. By 11 p.m., the children had stopped kicking a soccer ball in the nearby courtyard. All was safe for an attack that killed no one but the terrorist. And it’s all there to watch from the comfort of your laptop or phone.

When Israel’s ground operations end — and its sons and husbands come back across Israel’s borders after yet again defeating those who would destroy the Jewish state and kill all of the Jews who live there — the bumper stickers and billboards in that country say “Kol HaKavod l’Tzahal,” give honor to the Israeli army, which has yet again protected Israel’s citizens from their would-be murderers.

This time we can also say “Kol HaKavod l’Dover Tzahal” — give honor to the IDF Spokesperson’s Unit, which has attained a new and effective level of putting the truth out to a world that is often reluctant to hear the truth from the Jewish state. PJC

Jerome M. Marcus is a lawyer and a fellow at the Kohelet Policy Forum in Jerusalem. This first appeared on JNS.