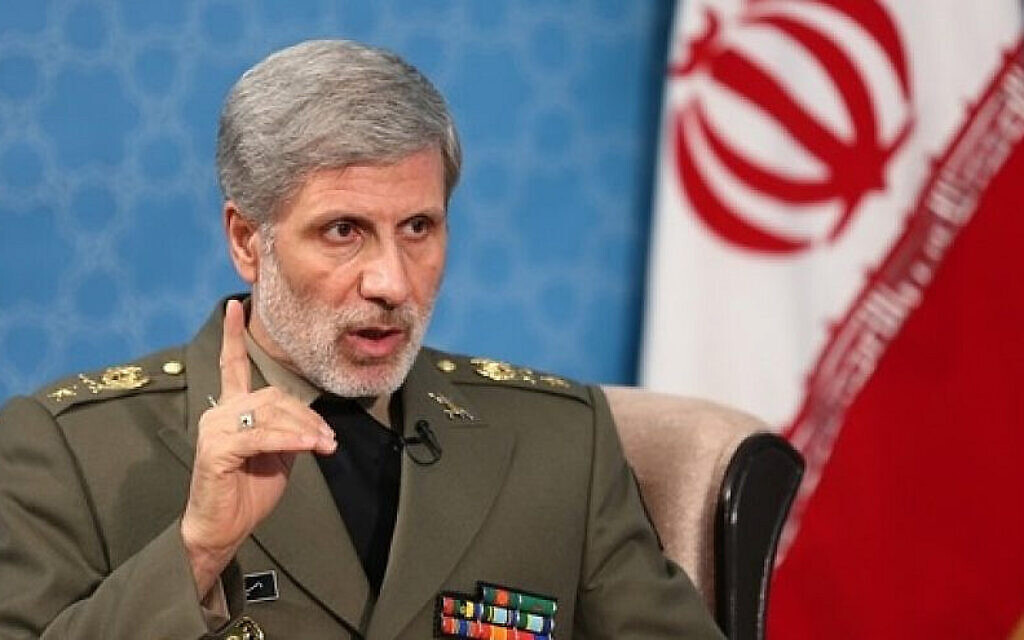 (JNS) Iran’s rulers fund, arm and instruct Hamas, which rules Gaza and has fired more than 3,000 rockets at Israeli cities and villages over the past few days.

Iran’s rulers fund, arm and instruct Bashar Assad, the Syrian dictator who has killed hundreds of thousands of his own citizens and displaced millions more.

Iran’s rulers fund, arm and instruct Houthi rebels in Yemen, the country suffering the world’s worst humanitarian crisis, according to the United Nations.

Do you detect a pattern here?

If so, you might want to send a letter to President Biden, whose envoys in Vienna are conducting negotiations with Iran’s rulers, offering them billions of dollars in exchange for permitting the United States to rejoin a flawed deal to which President Obama agreed and from which President Trump withdrew.

Under that deal, Iran’s rulers promise to curtail—just for a few years—some aspects of their nuclear weapons development program.

They do not promise to refrain from further funding, arming and instructing the Houthis, the Assad regime, Hezbollah, Hamas or Palestinian Islamic Jihad, Hamas’s junior partner.

They do not promise to stop developing missiles that can carry nuclear warheads to targets anywhere in the world.

On the contrary, they will use whatever funds flow their way to further these projects, which they pursue as leaders of “the Resistance Axis,” nations and groups committed to “Death to Israel” and “Death to America.”

In a video posted last week by MEMRI, Islamic Revolutionary Guard Corps Gen. Asghar Emami says: “Iran does not need to send missiles or planes to attack Israel. Through the Resistance Axis we can plow Israeli cities with mortars. When we want American concessions, we can tighten our grip around Israel’s throat.”

After Hamas’s mortars began plowing last week, 44 Republican senators did send President Joe Biden a letter. They noted that Iran’s rulers were explicitly inciting Palestinians to “attack Israel” using “the tools of their disposal”—meaning weapons those rulers have provided Hamas and Islamic Jihad.

The senators urged Biden to halt the talks and do nothing more to enrich and empower Iran’s rulers.

Those rulers are betting that Biden’s envoys will remain in Vienna, continuing to offer money and other concessions, sending a message to the world about who is the strong horse and who the weak.

Tehran’s role as the primary instigator of the current battle between Hamas and Israel has been largely ignored by Western journalists providing coverage and commentary.

They’ve focused instead on aggravating circumstances and accelerants, in particular, a dispute involving a few small properties in eastern Jerusalem that were purchased by Jews from Arabs in the 19th century when the city was under Ottoman rule.

When Jordanian forces conquered and occupied eastern Jerusalem in 1948, they seized all Jewish-owned properties and expelled all Jews. In the Six-Day War of 1967, Israelis took eastern Jerusalem from Jordan (which had attacked Israel from that section of the city). Arabs have been squatting on the properties in question ever since, refusing to pay rent to the formerly dispossessed owners. This dispute has been litigated in Israeli courts for decades.

Also fueling the fires this time: In 2005, Mahmoud Abbas won election to a four-year term as president of the Palestinian Authority. He has not faced voters since. A few weeks ago, he announced there would be new elections. Then, fearing he might lose, he canceled.

Soon after there were clashes—as there have been multiple times over the years—between Palestinian militants and Israeli police at the Al-Aqsa Mosque compound and Temple Mount in Jerusalem. On May 10, Israeli police entered the compound to quell a riot and remove stones, Molotov cocktails and other weapons the militants were intending to drop on Jewish worshippers at the Western Wall plaza below.

Spokesmen for Abbas accused the Israelis of “storming Al-Aqsa” and vowed that the Palestinian Authority would “respond to this heinous aggression.”

Hamas was quick to trump Abbas by issuing an ultimatum: Israel must withdraw its police, or punishment will be forthcoming. Israelis ignored the threat, and the first rockets were fired.

“This conflict has nothing to do with Gaza,” Lior Haiat, a spokesman for Israel’s Foreign Ministry, told reporters on Saturday. “Hamas is trying to take over the Palestinian Authority. They are using Israel to gain power within the Palestinian political framework.”

Ironically, it will be to Abbas’s benefit if the current battle ends up exhausting Hamas, depriving it of leaders, fighters and weapons. As Clausewitz said, war is politics by other means.

One more wrinkle: In late April, Human Rights Watch, an anti-Israeli NGO, issued its slanderous “finding” that Israel was committing “crimes of apartheid,” which it called “crimes against humanity” that, it added, “should trigger action.”

Hamas did not wait long to take such action. Ken Roth, HRW’s executive director, must be proud. In addition to encouraging conflict and carnage in both Israel and Gaza, he and his organization have helped build support, especially on the left, for Hamas, a terrorist organization openly committed to the genocide of the last surviving and thriving Jewish community in the Middle East, as well as for its patrons in Tehran.

Roth appears not to understand that Iran’s rulers are using Hamas and Palestinian Islamic Jihad as weapons, and Palestinians as pawns. Are Biden and his advisers capable of recognizing this rather obvious reality? Developments in Vienna will tell the tale. PJC