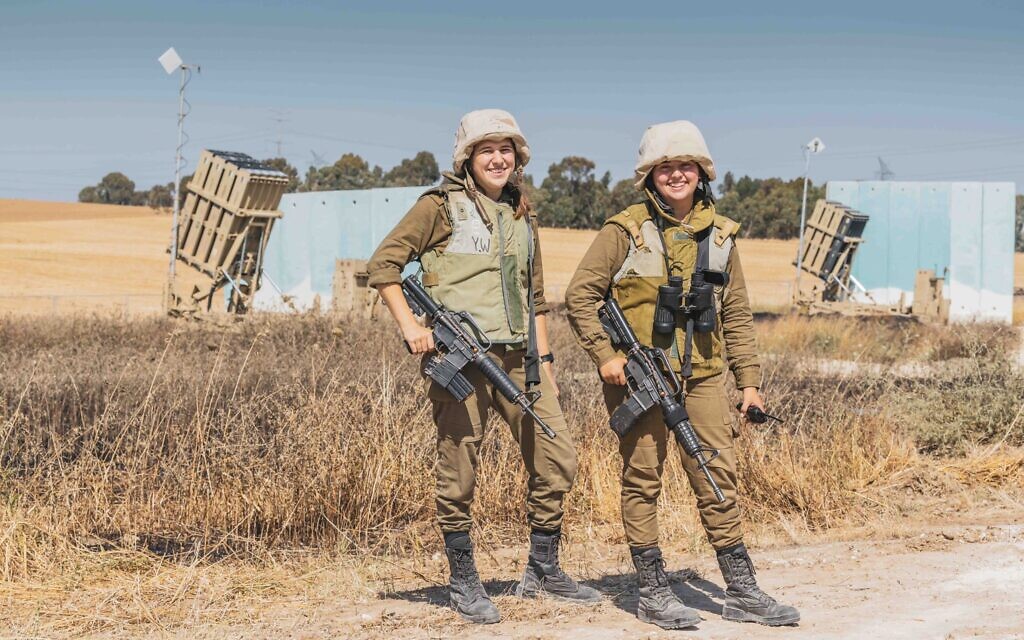 Despite having the most ethical military, Rabbi Danny Schiff longs for the day when there will be peace in Israel. (Photo via Israel Defense Forces)

After 11 days in which 4,300 rockets rained down on Israel’s citizens in a barrage of unprecedented intensity, the ceasefire has finally ushered in a period of calm.

But calm is not peace.

In Israel, most people sense that nothing has really changed, and that the war against Hamas is far from over. It is a difficult, grinding war in which Hamas effectively forces Israel to kill innocent civilians in the process of defending the Jewish state from terrorists. The deaths of Palestinian innocents horrify Israelis. And that is why the IDF — to its enormous credit — goes to such lengths to minimize civilian casualties. We can be sure of this: If put in the same impossible circumstances as those that Israel confronts in Gaza, no nation would conduct itself more ethically than Israel.

But Israel doesn’t only aspire to have the most ethical military in the world. Israel longs for that day when it will not need a military at all. It is not by accident that the words of the prophet Isaiah are inscribed opposite the U.N. building in New York: “…nation shall not lift up sword against nation, neither shall they learn war anymore.” That’s the Jewish vision for how the world ought to be. Millennia ago, Jews pioneered the idea that when it comes to relations between nations, coexistence must replace conquest — the “dignity of difference” must supersede “death to the enemy.”

When will we finally be able to beat those swords into plowshares? In May 2011, after a previous Israeli confrontation with Hamas, the late Rabbi Jonathan Sacks addressed Britain’s House of Lords. Said Sacks: “We who pray for peace understand by that word a state in which I recognize your right to exist, and you recognize mine. That is what peace minimally means.”

It was true then and it remains true today. Israel has continuously reiterated that not only do the Palestinians have a right to exist, but also a right to govern themselves, and to chart their own destiny with security. But there is no hint of reciprocity from Hamas. Hamas has consistently refused to recognize Israel’s right to exist, and its spokesmen continue to advocate violence against Jews.

Just this Monday, Hamas co-founder Mahmoud al-Zahar made no attempt to conceal Hamas’ intentions when he was interviewed by Sky News. Asked directly, “Does the State of Israel have the right to exist?” al-Zahar replied, “No.” Hamas is not representative of all Palestinians. But surveys show that, had the canceled Palestinian elections gone ahead, Hamas would have likely prevailed across the Palestinian territories.

It follows that if peace minimally requires a recognition of the right of the other to exist, peace is not yet close.
Despite this gloomy reality, it would be shortsighted to conclude that all is hopeless.

Here’s why: If you step away from the social media perspective that acknowledges no history and offers no context, there’s something worth noticing about some of those who played smaller roles in the events of the last couple of weeks.

The ceasefire between Israel and Hamas was brokered by the Egyptians. That’s right, the Egyptians. The “we’ll drive you into the sea” Egyptians with whom Israel fought four bloody wars until Egypt recognized Israel’s right to exist in 1979. In the mid-20th century, Egypt was Israel’s archenemy, and nobody expected that to change. Now Israel has a four-decades-old peace with the Egyptians and trusts Cairo’s diplomats to act as mediators.

The UAE, which used to describe Israel as “the enemy of Arab countries” but last year signed onto the Abraham Accords, did not flinch. The de facto Emirati head of state, Mohammed bin Zayed, declared the willingness of the UAE to “explore new paths to de-escalate and achieve peace.”

And then there’s the Germans. Visiting Israel while Hamas rockets were landing, German Foreign Minister Heiko Maas stressed that Israel has the right to defend itself against “massive and unacceptable attacks.” Germany’s solidarity, Maas continued, “is not limited to words. As long as there are states and groups that threaten Israel with destruction, it must be able to protect its inhabitants. Germany will continue to make contributions to ensure that this remains the case.”

The Germans. If you had told someone eight decades ago that German leaders would deem it utterly “unacceptable” to attack a Jewish state, they would have been incredulous.

In recent memory, some of the most implacable foes of the Jewish people — those who once envisaged a world without Jews — have changed dramatically. Recognizing our right to exist, they decided to make peace. To say that it can’t happen again would be to contravene the plain evidence of Jewish history.

Peace always remains possible. “The entire Torah,” wrote Maimonides, “was given in order to make peace in the world.” Indeed it was. And that is why we must be as diligent and determined to seek opportunities for peace as we have been to protect the innocent from harm. Our Jewish mandate demands nothing less. PJC

Rabbi Danny Schiff is the Foundation Scholar at the Jewish Federation of Greater Pittsburgh. He lives in Jerusalem.