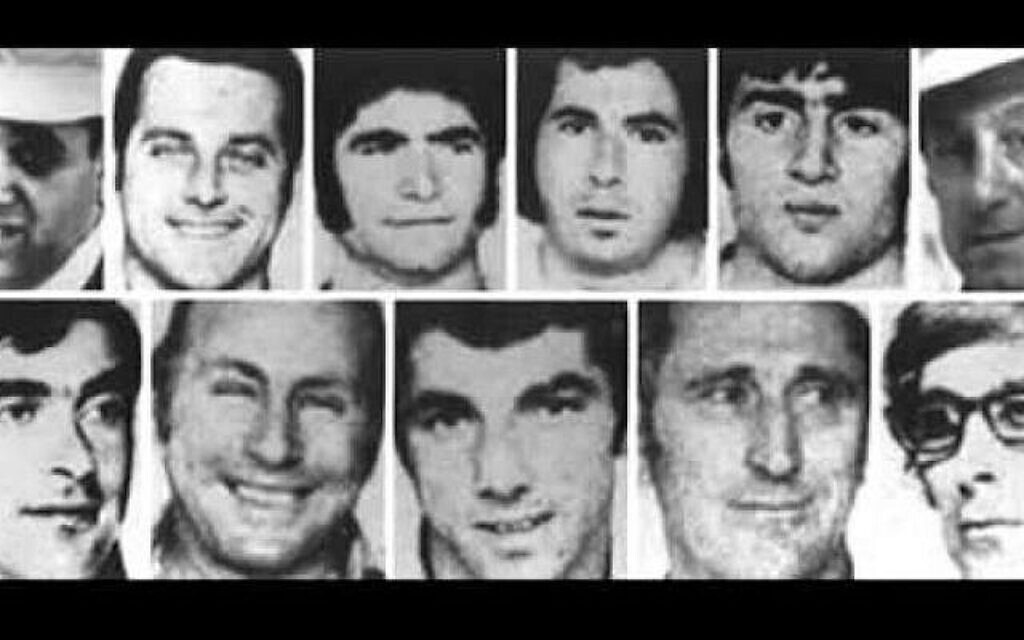 This week we commemorate the 50th anniversary of the massacre of 11 Israeli athletes by Black September terrorists at the Munich Olympic Games. All these years later, the memories of those events are still haunting, coming as they did at the world’s most prestigious sporting event and in the very country where, in 1936, the Nazi ideology of Adolf Hitler received the legitimacy of the world in hosting the Berlin Olympics.

For the Jewish people, this horrendous event not only conjured up the terrible past of antisemitism and exclusion — it also forced reflection on how little the world had learned despite that invidious history. This is reflected in a series of developments at the time of the massacre and ever since.

First was the way the Olympic committee handled the shocking assault.

It would be an understatement to say that the International Olympic Committee took a minimalist approach to the matter, not surprisingly since Avery Brundage was still head of the committee in 1972. This is the same Brundage who, as head of the U.S. Olympic Committee, cozied up to the Nazi regime in 1936 and allowed his priority of the games’ success to trump the blatant antisemitism and racism of the host country.

After the Munich massacre, the games went on largely as if nothing catastrophic had taken place. There was no suspension of events and no serious reflection on what had happened.

This immediate reaction set the stage for what failed to happen at the Olympics for the next four decades. Nary a commemoration of the Munich massacre at follow-up games until international pressure finally forced a moment of silence at the opening ceremony of the Tokyo games in 2021. Jewish life was cheap once again.

Related to this is the way the international community reacts to Israel under assault. This is seen most clearly in recent years when Hamas launches hundreds of rockets specifically targeting Israeli civilians. Time and again the world stands by and does nothing in the face of these assaults by a terrorist group, ultimately leaving the matter in Israel’s hands to deal with it alone. And, of course, at some point, Israel is obligated to protect its citizens and bloody conflict follows.

So, too, with regard to Munich.

If inaction and minimalism were the themes of the massacre, this also applied to two other areas where nothing was learned.
The first was regarding international terrorism. Munich should have been a wake-up call to the dangers of terrorism, particularly with the theme of provoking this brutal inhumane violence when the whole world is watching in the belief that the world will fail to respond in the proper way. And so it was, which opened the path to the explosion of terrorism over the years ahead, culminating in the attacks on the World Trade Center and the Pentagon on 9/11. The fact that the Olympic Games in 1972 proceeded as if nothing much had happened and that the events were not even commemorated going forward sent a message that terrorism is normalized and the goals of the terrorists, to intimidate and disrupt, were moving forward.

Second, is in regard to the Palestinians. The Munich massacre should have been an occasion to focus the international community on pressuring the Palestinians to give up on their rejectionism and terrorism, which had characterized their politics already for decades. This might have been a moment to bring the Palestinians into the real world, which could have brought about a two-state solution and dramatic change in the region for both parties. Minimalism stood in the way.

The handling of the Munich massacre reminds us of the gap between the aspiration of how sports can bring people together and how this plays out around the world. Unfortunately, we see hate manifesting itself too often at major sporting events around the globe.

Indeed, athletics can provide the framework for greater respect among peoples. It must, however, be worked at by all. Unfortunately, as we look back 50 years at Munich, what happened in those tragic days and in the years since did not provide the moral and practical framework to make this a better world. PJC

Kenneth Jacobson is deputy national director of the Anti-Defamation League. This first appeared on The Times of Israel.