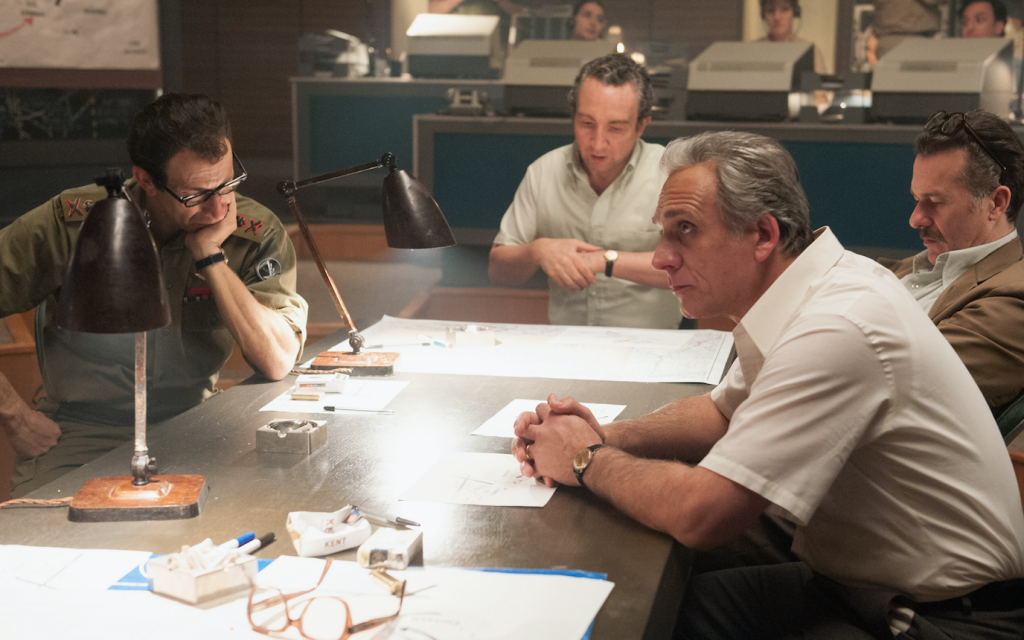 Last month, I participated in a conference for young adults on the current Jewish agenda, hosted by the Jewish community of Oporto, Portugal.

Three of the speakers were asked if they thought there could ever be another Holocaust.

The answers were uniformly “not likely,” the reasoning being that we are now living, after two millennia, in an era when there is not only a sovereign Jewish state, but one with the wherewithal to be a haven for those escaping oppression and the ability to project its military and other forces to save and protect those in danger.

The recent 45th anniversary of the rescue of Israeli hostages being held by terrorists at Entebbe, Uganda, is perhaps the best case in point.

That story began on June 27, 1976, when terrorists connected to the Popular Front for the Liberation of Palestine and Germany’s radical Revolutionary Cells organization hijacked, on a stopover in Athens, an Air France Airbus A300 flight from Tel Aviv to Paris. The terrorists demanded the plane fly to the airport in Entebbe, where demands were made for the release of 53 Palestinian prisoners being held in Israel and several other countries.

At Entebbe, 148 non-Jewish hostages were separated from the 94 Jewish passengers, most of them Israeli nationals, and the Air France crew. The non-Jewish hostages were released within two days; the terrorists made clear the Jewish passengers would be killed if their demands were not met. The Ugandan government, led by its infamous leader Idi Amin, announced its support for the hijackers, punctuated with an appearance by Amin himself in the airport terminal hall in which the hostages were being held.

That set into motion an intricate rescue plan conceived by the Israel Defense Forces and the Mossad, which sent, on July 3 and 4, some 100 commandos over 2,500 miles, flying at night, to rescue those being held. The 90-minute raid was successful, though Lt. Col. Yonatan Netanyahu, who led the raid on the ground, and three hostages, including Dora Bloch — a passenger who had been taken earlier to a local hospital and later killed — lost their lives in the operation. In the raid, seven terrorists were killed.

Without exaggeration, it was a glorious moment in Jewish history — one of those “where were you when you heard about…?” instances that you recall as if it were yesterday.

That day, I was at Boston’s Hatch Memorial Shell on the Charles River, on the first date with my wife-to-be, taking in the Boston Pops Orchestra celebrating America’s bicentennial. (It was an extraordinary month for Israel; Miss Israel, Rina Messinger, would be crowned Miss Universe at the competition being held in Hong Kong a week later.)

The message of the Entebbe rescue immediately resonated.

The separation of Jewish passengers from all others, coming 31 years after the Holocaust, recalled Nazi-like tactics still fresh in the minds of Jews, and especially survivors of that barbarity.

This was an era of airline hijackings and high-profile terrorist attacks, many of which were carried out in Europe. The message that Israel’s long arm could be projected anywhere to rescue not only Israelis but Jews in danger reset the counter-terrorism table.

The rescue also instilled pride in Israel among Jews worldwide. Even today, people still shake their heads in amazement that daunting logistical challenges were overcome in such a short period to allow the operation to take place. This came only three years after the Yom Kippur War, which, though Israel was ultimately victorious, had shaken the confidence of some after setbacks for the Jewish state in the early days of fighting in that conflict.

That said, the rescue at Entebbe should not have come to us as a complete surprise. The biblical injunction pidyon shvuyim, or redemption of those taken prisoner or hostage, was clearly on the minds of those who planned and carried out this historic mission.

I can think of other Israeli-organized or led operations, perhaps somewhat less daring but equally essential, that redeemed Jews in peril: Operation Magic Carpet (also known as Operation on Eagles’ Wings), which airlifted more than 50,000 Jews, mainly from Yemen, to Israel in 1949; more than 120,000 Jews were airlifted from Iraq in Operation Ezra and Nehemiah; and 1991’s Operation Solomon, which in a 36-hour timeframe brought nearly 15,000 Ethiopian Jews to Israel.

For two millennia, Jews lived either at the sufferance of potentates, autocrats or dictators, or in societies where they were tolerated minorities. Occasionally there were benevolent leaders who protected the Jewish minority, but pogroms, harsh discriminatory restrictions and other limits on basic freedoms consigned Jews to life on the edge.

For those fortunate to have immigrated to the U.S. or to some countries far from the horrors of World War II, the idea of being “protected” became less of an issue, but for millions of others, there was no place to turn. The rise of Hitler and the Holocaust that followed, when collaboration with the Nazis, apathy or indifference to their fate were the attitudes of the day, underscored the tragic powerlessness of Jewish communities in Europe. This, notwithstanding the tremendous courage of Jews who fought as partisans or who rescued other Jews from annihilation.

The re-establishment of the State of Israel changed that equation.

There is a photo that constantly stands out in my mind when asked the question, “Do you think it can happen again?” The photo shows Israeli F-15 fighter jets flying in formation over Auschwitz on Holocaust Remembrance Day in 2003. The crew members were all children of or related to victims of the Holocaust.

One of the pilots involved in the flyover that day, Avi Maor, said, “I felt that I was in the skies with the strength of the IAF, the IDF and the entire State of Israel, and that down there were the relics of our people. It hit us when the flyby ended, and there was silence on the radio and in the cockpit. Each one of us was absorbed in thoughts about the sortie and its significance.”

Forty-five years on, the memory of those two overwhelmingly intense July days, when four Israeli Hercules transports emerged in darkness at Entebbe Airport to free nearly 100 captives who were being held and threatened simply because they were Israelis and Jews, needs to be conveyed to new generations as an object lesson in Zionism and the need for a Jewish state.

Our people should never again be placed in such danger. But just knowing that the “Entebbe principle” is there to be exercised should the need arise again is a comfort to us all. PJC

Daniel S. Mariaschin is the CEO of B’nai B’rith International. As the organization’s top executive officer, Mariaschin directs and supervises B’nai B’rith programs, activities and staff around the world. This piece first appeared on JNS.