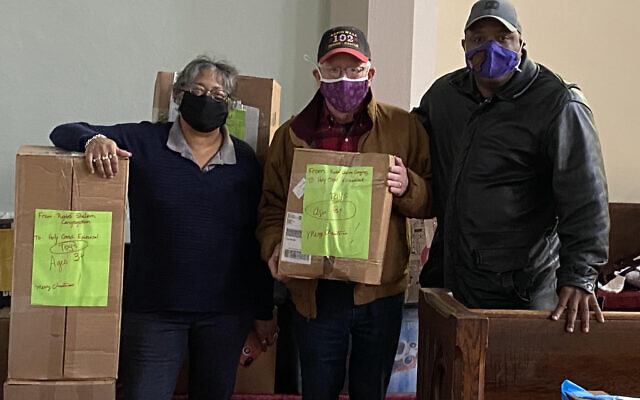 Salem Leaman knows a thing or two about tikkun olam, the Jewish concept of repairing the world. And that’s exactly the modus operandi of his work as chairman of Rodef Shalom Congregation’s new Community Action and Social Action Committee, better known as COSA.

“One of the main objectives — and this is the tough to do in a pandemic — is to get people together, generating boots on the ground,” said Leaman, a Boston-bred department store industry worker who first moved to Pittsburgh in 1984. “It comes from the Torah: ‘Take care of the stranger, take care of the stranger in your midst.’

“If you subscribe to a faith,” he added, “be it Jewish, Christian, Muslim – those commitments are found in the writings of all the great Western faiths. It’s humanity.”

COSA has accomplished a lot in Pittsburgh since forming in October. Its members led a winter coat drive for Pennsylvania second lady Gisele Fetterman’s Free Store in Braddock and managed to pull in more than 200 coats and associated goods, including caps hand-knit by members. After that, members led a holiday toy drive with Holy Cross Church, an Episcopal congregation in Homewood, and took in roughly $1,000 in toys and gift cards for the season.

When the committee wasn’t focused on those two drives — both of which exceeded initial expectations, Leaman said — it also recruited Rodef Shalom members to volunteer to work with the Jewish Family and Community Services’ refugee assistance program.

“This needed to be done so we’re doing it,” Leaman told the Chronicle.

A congregational “executive summary” of the group’s existence provides even more context.

“Rodef Shalom has a reputation and a presence in our city. We should do more, both as a congregation and as individual members of that congregation to live up to that reputation,” the summary states. “Our members should be in the community, pursuing peace under the banner of RSC. We should be seriously involved in the Black, Latino and poor white communities.”

Especially in the wake of the massacre at the Tree of Life building, the congregation is determined to have an ongoing program to reach out in “meaningful ways” to thank and help the Greater Pittsburgh non-Jewish community, according to the summary.

The group’s next act? A food drive with East End Cooperative Ministry. COSA will be taking donations at the synagogue — with dates still yet to be confirmed — of non-perishable food and canned items, or funds in the form of VISA or MasterCard gift cards, Leaman said.

“Tikkun olam, the repairing of our world, is central to the understanding of what it means to be a Jew,” Bisno told the Chronicle. “All the more so, in this time when we all feel so isolated from one another, the importance of tikkun olam brings us together, restoring our world to wholeness.” PJC