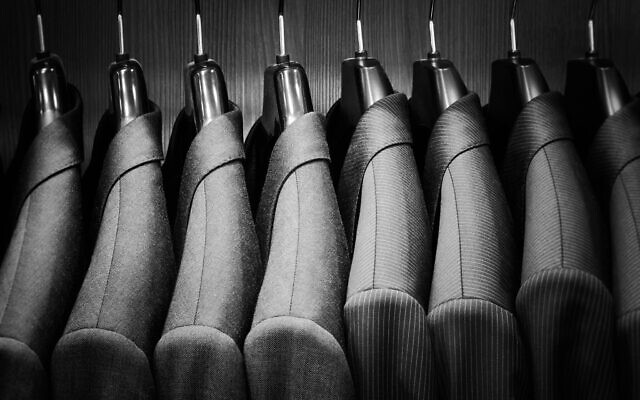 Orthodox Judaism requires a level of mindfulness and intent in many facets of life that many non-Orthodox Jews may not consider. For example, an Orthodox Jew must check the food they buy to ensure it is kosher, be aware of what time holidays and Shabbat technically begin so they don’t miss lighting the proper candles in the proper order, and even follow certain rules that pertain to the appropriate time for sexual intimacy.

While not difficult, these observances require a level of attention not necessarily found in other religions, or even in non-Orthodox denominations of Judaism.

One of the more obscure prohibitions that requires particular care is against combining sheep’s wool and linen, known as shatnez.

Then the prohibition is restated in Deuteronomy 22:9-11, this time with an explanation of what types of diverse kinds cannot be mixed: “You shall not sow your vineyard with diverse kinds, lest the growth be forbidden, the seed that you will sow and the produce of the vineyard. You shall not plow with an ox and donkey together. You shall not wear a mixture of fibers, wool and linen, together.”

Why are these two fabrics expressly forbidden to mix? According to Rabbi Danny Schiff, foundation scholar at the Jewish Federation of Greater Pittsburgh, we have no clear explanation.

“The thing that’s difficult to understand is that we are permitted to wear other fabrics from the plant and animal world together. So why these two? We don’t have any clear indications.”

Rabbi Moshe Barrocas professionally examines fabrics for shatnez locally. He agrees with Schiff that the commandment not to mix wool and linen “does not necessarily make sense.”

He notes that while the Torah doesn’t offer any reason for the prohibition, one may be found in Kabbalah and the Jewish mystic tradition.

“The Zohar says we don’t wear shatnez because Cain brought from the worst of the offering to God, that was flax, and linen comes from flax. Abel brought from the best of the offering, that is sheep, and wool comes from sheep. Cain was jealous of Abel; because of it abuse and murder enter the world. The Zohar says that’s why we separate wool and linen.”

Margaret Angel of Squirrel Hill learned how to check for shatnez after retiring from a law career. She was looking at a sweater inherited from her sister and one of her daughters-in-law asked if the garment contained shatnez. That question intrigued Angel enough that she decided to get into the business of shatnez checking.

She traveled to Lakewood, New Jersey, to study with Rabbi Yosef Saygh at the yeshiva Beth Medrash Govoh. Angel calls Sayagh “the dean of shatnez checkers.”

Both Barrocas and Angel agree that it’s very simple to begin the process of examining a fabric: “Look at the label.”

The label is only the beginning of the examination, though. Angel and Barrocas both compare fibers under a microscope to decide whether it contains wool.

Shatnez is commonly found in men’s suits and winter coats. Even garments that say they are 100% wool may contain shatnez because the label may only refer to the outer layer. Often, the two fabrics are mixed in linings, beneath collars and in shoulder pads — parts of clothing that many people don’t even know are there.

While the mixture is typically found in expensive clothing, it’s still a risk to assume a less expensive item scored from the bargain rack doesn’t violate the prohibition.

As Angel explained, anything made with “recycled materials” may contain shatnez. Why? Because the manufacturer may have reused material and scraps from other inexpensive garments. This type of material is commonly used for slipper pads and winter coats.

While clothing like suits and sweaters may seem obvious, there are more unusual items that might require a closer look. Angel has examined both “baseball gloves and Ugg boots.”

In addition to clothing, Barrocas cautioned that carpets may contain wool and linen mixed. The prohibition, he said, should be applied to anything that you might derive comfort from.

Schiff said that he loves to teach about shatnez because it raises the fundamental question of whether you are willing to follow a mitzvah simply because God commanded it.

“We really have to ask the question: Are we prepared to follow a commandment because it’s part of the Torah, given that there is not the slightest moral challenge?” he said.

“I think it raises a fundamental philosophical issue,” he added, “which takes us into the whole area of, are we observing commandments because we have ascribed meaning to them or because they come from an external source?

“If it’s the latter, then essentially it’s a statement of humility.” PJC