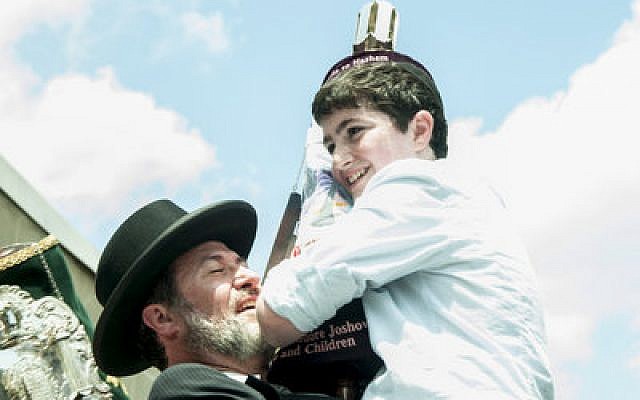 Rabbi Daniel Wasserman raises his son Moshe to dance and celebrate with a new Sefer Torah at Hillel Academy in 2013. The Sefer Torah was dedicated by the Joshowitz family. (Photo by Lindsay Dill)

Rabbi Daniel Wasserman, longtime spiritual leader of Shaare Torah Congregation in Squirrel Hill, announced he will not renew his contract when it expires in June 2022.

He plans to move to Israel.

Still, Wasserman’s impending departure will be a “big loss,” Young said. “He’s done a lot for everybody.” 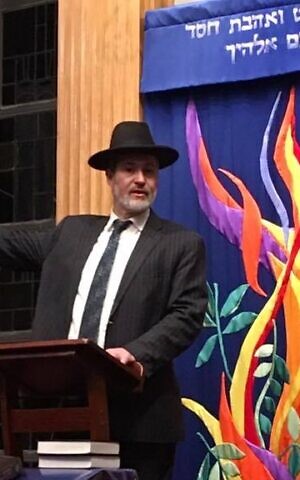 When Wasserman’s contract expires next year, he will have served Shaare Torah for more than a quarter of a century.
Young has begun to assemble a search committee for Shaare Torah’s next rabbi.

Young praised the personal touch Wasserman lends to “every simcha at the shul,” as well as the “little things, from quietly visiting people in the hospital to picking up groceries for people.”

In addition to serving as the congregation’s spiritual leader, Young said, Wasserman has handled the shul’s day-to-day operations.

“Rabbi Wasserman has been such a force,” Young said. “He’s really all those clichés: ‘larger-than-life,’ and ‘rising to the moment.’”

Young said he is happy Wasserman will be fulfilling his dream of moving to Israel, but “we will miss Rabbi Wasserman and Judy Wasserman very much,” Young said. “It’s a big loss personally and a big loss for the community.” PJC