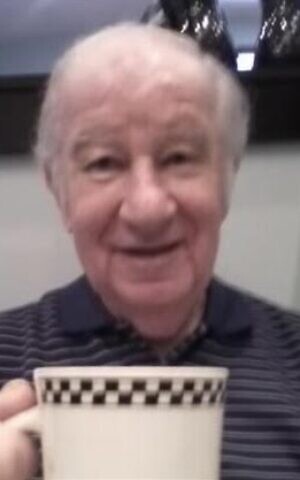 SHUTZBERG: Sam Shutzberg was born in Pittsburgh on Sept. 19, 1930, and died on Feb. 8, 2022, at the age of 91, but as he liked to say, “Age is only a number.” His parents, Louis and Mariam Shutzberg, came to the United States from Bessarabia with his older brother Joseph in the 1920s. Yiddish was the only language spoken in their house. After high school, he was carefree with no future plans. One day, a cousin of his said, “What are you going to do with your life?” Sam had no answer, so the cousin offered him a job at Z & L Lumber Company. His first task there, for 25 cents an hour, was unloading frozen lumber from railroad cars coming from Canada. He had to climb into rail cars and use a pickaxe to separate the frozen lumber. After the first day, he came home with splinters in his hands, and his mother told him he didn’t have to continue with that job. But Sam was determined to continue what he started. He worked his way up to a sales position with the company. He was then drafted into the U.S. Army, and having never traveled beyond Coraopolis, Pennsylvania, to visit cousins, he was stationed in Germany during the Korean War. It was in Germany where he discovered his love for travel. He got on a plane one day and flew to England. As he was on a walk from his hotel, he saw the Queen of England getting into her horse-drawn carriage at Buckingham Palace. After his return from the Army, he continued in sales with Z & L, where he met other builders and suppliers, which eventually led him to open his own remodeling business. Grant Builders was in business for the next 45 years. With his loving wife, Ettie, Sam raised his family in a home that he built in Stanton Heights. Together, Sam and Ettie would travel to Europe, Mexico, Israel and several other destinations. One time, on a trip to Florida, he met Don Rickles. When Don asked him his name, and he said, “Sam Shutzberg,” Don said, “That’s not a name, that’s a disease.” He enjoyed playing golf at Lincoln Hills C.C. with his steady foursome (Hicks, Herbie and Joe). He was gratified to say that he put all three of his children through college. He was always a PROUD Zadie, and was very happy when his fifth and last grandchild was born, and liked to say, “that’s one for the thumb.” Sam leaves a daughter and son-in-law, Janet and Richard Wilson of Coraopolis, Pennsylvania, a son and daughter-in-law, Neil and Leslie Shutzberg of Fox Chapel, Pennsylvania, and a daughter and son-in law, Dini and Randy Freed of Overland Park, Kansas. He also leaves his five grandchildren, Glenna Shutzberg, Hillary (George) Santel, Sean (fiancée Jaclyn Warner) Wilson, Martin Shutzberg and Evie Freed. He was preceded in death by his wife of 45 years, Ettie Shutzberg, in 1997, and his brother Joe in 1983. Services and interment were private. Donations can be made to Adat Shalom Synagogue, 368 Guys Run Road, Cheswick, PA 15024. The website for the synagogue is adatshalompgh.org. Arrangements entrusted to Ralph Schugar Chapel, Inc., family owned and operated. schugar.com PJC