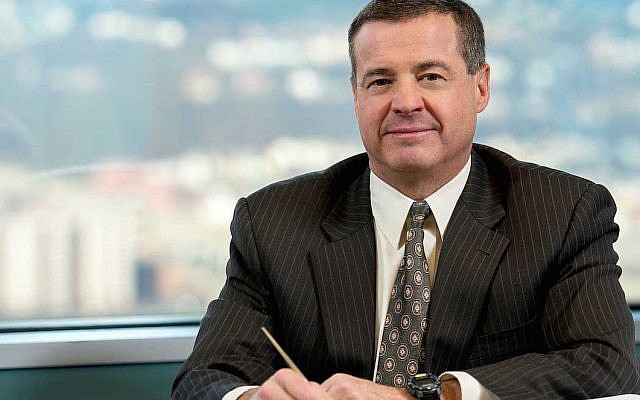 Pennsylvania Supreme Court Justice David Wecht first met Justice Ruth Bader Ginsburg in 1987, when she brought cookies to her Court where he was clerking for a different judge. The cookies were baked by her husband, Marty Ginsburg, but the wisdom in the conversation was all from Ruth Bader Ginsburg, Wecht remembers.

Here he reflects on her legacy.

As his time grew short, Justice Oliver Wendell Holmes Jr. recalled the words of an ancient Latin poet: “Death, death, plucks my ear, and says, ‘Live! I am coming.’”

Death was surely coming for Justice Ruth Bader Ginsburg. Why, it was coming for years. At the end, her body was riddled with cancer.
But, oh, how she lived! She lived long past the time when others had thought her done and over. And she lived a full life and a brilliant career, right until the very end.

A woman of valor indeed. Like her biblical namesake, our mother Ruth, Justice Ginsburg was a woman of honesty, integrity, devotion, character.

Brooklyn-born, Ruth Bader was the child of an immigrant father and a mother born four months after her own parents arrived in the Goldene Medina. Raised without a hint of ease or privilege, the child Ruth saw “no Jews or dogs allowed” signs while on vacation, right here in our own commonwealth of Pennsylvania. She never forgot what it felt like to be an outsider. And she knew sadness: Ruth watched her mother die of cancer the night before Ruth was to give her high school graduation address.

Life wasn’t easy. But Ruth was hardworking and determined.

Finishing at the top of her law school class despite faculty discrimination against women (Harvard Law Dean Erwin Griswold gathered female students and interrogated them as to why they’d claimed spots men could have used), she followed her beloved husband Marty Ginsburg to Fort Sill, Oklahoma. Returning east with Marty after his military service, Ruth turned to an academic career after law firms rejected her notwithstanding her stellar record.

“I had three strikes against me,” she remembered. “First, I was Jewish, and the Wall Street firms were just beginning to accept Jews. Then I was a woman. But the killer was my daughter Jane, who was 4 by then.”

But Ruth leaned into the work, writing briefs and arguing cases that built the structure of modern gender equality law. Every law student learns about the battles that Ruth Bader Ginsburg waged in the fight against sex discrimination, and the precedents she set affirming that equal protection of the laws means that women and men are to be treated equally.

Like many of the great jurists of all stripes — her dear friend Justice Antonin Scalia, her beloved predecessor Justice Louis Brandeis — her measure is assessed not only by her fine majority opinions for the Court (and there were many), but even more by her towering dissents and her wise concurrences. Ledbetter v. Goodyear, Bush v. Gore, Shelby County v. Holder, and on and on. Her work will be studied, cited, argued, discussed — and long after all of us are gone.

Ruth Bader Ginsburg wore justice, literally, on her sleeve (well, on her collar, where the word “tzedek” was sewn). Her life was about justice. Her legacy is justice.

Ruth Bader Ginsburg’s story is a woman’s story. It’s a Jewish story. It’s an American story. And it’s a story that’s only just beginning to be told.

David Wecht is a justice of The Supreme Court of Pennsylvania.