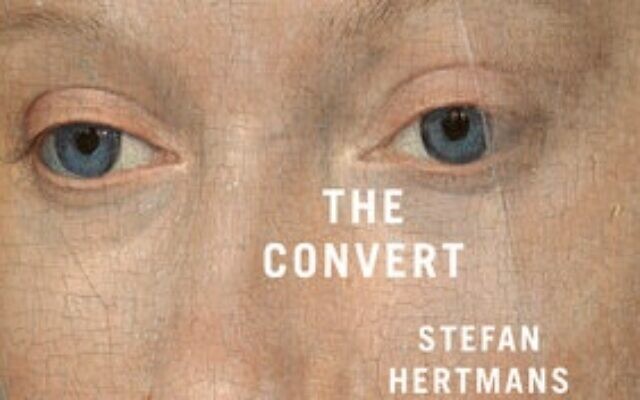 When negotiating, there may come moments where you feel that you need to ask for everything. After all, if that’s what you want, how else are you going to get it? But it can also backfire; by insisting on getting everything, you could very well walk away with nothing. If only, you might wonder, shaking your head, you had just asked for a little less, you might not find yourself empty-handed.

Stefan Hertmans, a Flemish Belgian author who writes in Dutch, asks for everything by calling his book “The Convert” a novel. The author makes frequent interventions into the story, describing his process of research and how he came to be animated by certain characters and subjects, before returning to the story of the convert herself.

His book often feels more akin to a behind-the-scenes look at the making of a novel, or a novel-in-process, than something that could conceivably work as a novel, full stop. It manages to make an otherwise dramatic story, translated tenderly into English, feel like a heightened History Channel reenactment.

The titular convert is Sarah Hamoutal Todros, a real person of the 11th century. Todros was born Vigdis Adelaïs Gudbrandr, a proper name for a properly wealthy Christian family in Rouen. She runs off with a visiting yeshiva student named David, eventually settling in Moniou, in the south of France. Dangers abound for her in her new faith; her father has sent knights after her, and the First Crusade is imminent.

As these stories tend to go, knights of the cross burn down the town’s synagogue, murder her husband and abduct two of their four children. Sarah must take to the road, and she does, traveling as far as Cairo before returning to France.

To fill in such a story, Hertmans, who lives in modern-day Moniou, must chase down the surviving fragments of Sarah’s life, a journey that takes him all over the world. Hertmans’ interest in his own story is such that a single sentence will span a millennium, an intimate moment describing late 11th-century life interrupted to give you an update on what the locale looks like today.

It is the rare occasion that leaves one wishing that a novel had come with a long foreword, so that the author might have worked out everything about his own involvement prior to the text of the story itself. And yet. pjc

Jesse Bernstein writes for the Jewish Exponenent, an affiliated publication.