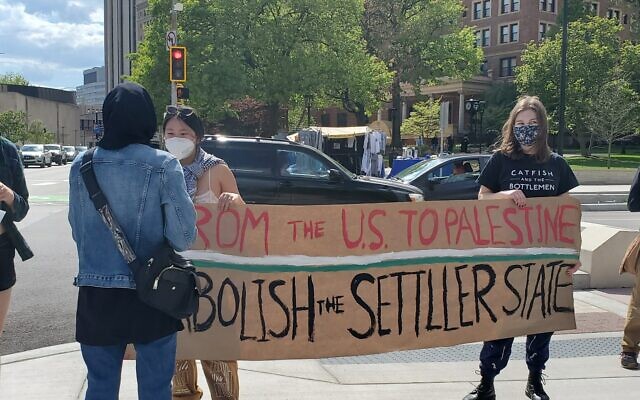 We are in a new era of antisemitism. Multiple expressions of hate have converged to create a different and more dangerous scenario. Whereas antisemitic attacks in our era have typically been more indiscriminate, they have recently become more blatant and violent.

A number of traditional ideas, values and practices have come undone at once. Our streets and urban centers have become sites of random violence in some cases. The civility that once defined our conversations has clearly broken down. Once identified as a society that valued faith and freedom of religion, the United States has lost its faith-based identity. Along with these phenomena, a number of contemporary elements contribute to this new environment of hate that is suddenly directed toward Jews in new and insidious ways.

This contemporary war against the Jews is being waged on a number of different fronts. The correlation of six critical forces in play simultaneously becomes the perfect “trigger” moment for an assault on Israel and Jews.

First, the pandemic has revived the historic mythology of Jewish-led catastrophic events. Throughout history, Jews have been accused of causing pandemics or in turn benefiting from such conditions. The Black Plague of Europe during the Middle Ages, for instance, was identified by church and public officials as instigated by “the Jews.”

Second, facts have become subjective and negotiable. In the aftermath of the recent Gaza conflict, Israel was accused of being the party responsible for the violence — an accusation that discounts the “alternative fact” that rockets were fired first from Gaza into Israel. When facts and evidence are no longer prioritized, space is created to frame new beliefs and mythologies about groups.

The presence of alternative facts can be highly problematic for minority communities in particular. Their “truths” can be overshadowed and lost amid the rise of alternate beliefs that ultimately drive much of this hate rhetoric. The internet is a breeding ground for alternative facts about Israel and Jews, particularly via social media. The exploitation of this tool is an efficient and effective weapon in this war against Jews, Israel and Judaism.

Third, economic discord drives hate toward Jews, as once again we face accusations of Jewish economic domination over the marketplace. In an economy where many have lost their jobs, businesses have been forced to close and an increasing number of people face homelessness and food insecurity, pushback against minority communities who are seen as having significant influence and control is at an all-time high. Jews remain the most targeted group in this scenario.

A fourth factor involves the case against Israel and its image in connection with the treatment of Palestinians. Israel becomes a stand-in for all Jews, even those outside of Israel: a pariah state. Israel, falsely defined as a colonial power structure, becomes an oppressive force, or, for some, the new Nazis.

Fifth, “whiteness” is a new measure of standing and power. For the political left, Jews are seen as the ultimate purveyors of influence and power, and for the right, Jews are seen as pretenders seeking to replace the authentic white establishment in decision-making roles.

Sixth, the rise of American nationalism along with the left-wing progressive response has created a political environment rife with anger and hate, driven from both extremes. Deep political divisions are always particularly dangerous for minority and immigrant communities. In a divided society, the absence of a vocal, visible and vibrant political center can be particularly problematic to the welfare of minority communities. In democracies, centrists hold space and in theory defend the interests of these communities. When political extremists dominate and define the political rhetoric, the credibility and well-being of racial, ethnic and religious communities is often compromised.

Today, Jews are seen as central players in three primary areas: politics, finance and culture. Some respond unfavorably to the high number of Jews in these professions, and respond in ways designed to minimize and marginalize the Jewish presence. Jews, like white males, are identified as privileged and falsely accused of holding a disproportionate amount of influence and power. For some, this alone is reason enough to oppose them.

As hatred toward Jews grows, so does the simultaneous acceleration of violence on our nation’s streets. This moment presents a new and dangerous challenge.

In the decades following the Shoah, it seemed that we were mostly protected from pervasive Jew-hatred, given that most people saw the Jews as a people who had been systematically oppressed and exterminated, a people who needed protection. We are now 75 years past the Shoah. The generation of people who experienced the atrocities is coming to a close. We are past the period of personal recall, remembrance and historic regard.

Memory has but a certain life expectancy, and time has a way of warping the lessons of the genocide of the Jews. Without living witnesses to offer personal testimony, the protection offered by the memory of the Shoah is diminished. As survivors become fewer and fewer, our enemies can more comfortably apply the “Nazi” label both to Israelis and Jews around the world.

Examining the confluence of all of these social forces coming to bear on our society, it seems that a different and less friendly environment is the new political condition. This moment raises a number of pressing challenges for America’s Jews. How we as a community determine how best to respond to these threats will define the future status of Jewish life on this continent. PJC

Steven Windmueller is emeritus professor of Jewish Communal Studies at the Jack H. Skirball Campus of HUC-JIR, Los Angeles. His writings can be found on his website, thewindreport.com. This piece appeared on JNS and was first published in The Jewish Journal.