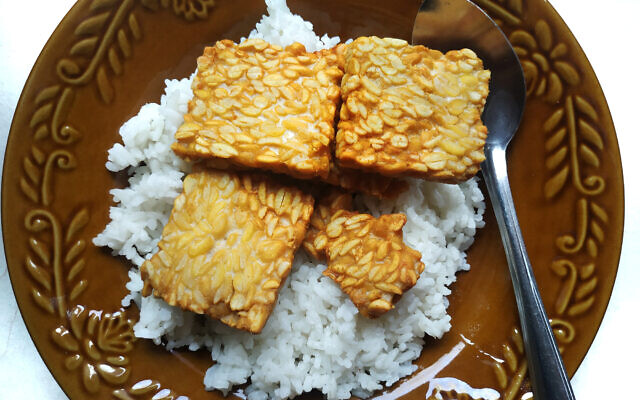 Photo by Andri Tirta via iStock

He’s not running a marathon, but Dr. Alex Sax is preparing for his Yom Kippur fast as if he were.

No, he won’t be running intervals up at the Schenley Oval or hill repeats in Oakland, but Sax, a Squirrel Hill resident who’s finished 52 marathons, does plan on hydrating and loading up on carbs in a familiar pre-race fashion.

Forty-eight hours before Yom Kippur, which begins the evening of Sept. 15, Sax will start increasing his water and Gatorade intake. And, as the fast grows closer, he’ll become more cognizant of what he eats.

“I eliminate sugary and salty products that will make me thirsty,” he said.

With potato chips and ice cream removed from his diet, Sax’s go-to foods will be baked potatoes and rice, maybe a veggie burger.

Swapping out sweet and savory items for less flavorful foods is a sound strategy heading into either Yom Kippur or a marathon, explained Sax, who’s also happens to be training for an upcoming race in Milwaukee. It’s a simple diet, but taking that approach works time and again, he said.

For Israeli-born Naama Lazar, simplicity is likewise key when it comes to preparing for the Day of Atonement.

Prior to Yom Kippur, Lazar and her husband will eat some sweet potatoes, soup, salad and a protein-rich food. Whereas Lazar’s husband, David, typically eats fish, she opts for chicken.

The menu is relatively standard, as the food itself isn’t the focus of the holiday, she said.

In its description of Yom Kippur, the Torah refers to Yom Kippur as “Shabbat Shabbaton,” a Sabbath of complete rest. And, like the 25-hour period that arrives each week, Yom Kippur offers a break and chance for introspection.

Dan Marcus, president and CEO of Hillel Jewish University Center, wants students — many of whom are arriving on campus either for the first time or after a prolonged pandemic -related absence — to enjoy a meaningful Yom Kippur.

This year, like most others, Hillel JUC will provide students a pre-fast meal of spaghetti, meatballs, garlic bread and salad, said Rachel Cohen, Hillel JUC’s director of operations.

It’s the same carb-heavy menu Hillel typically provides, but the goal is to have students well-fed and ready for the holiday, Marcus said. 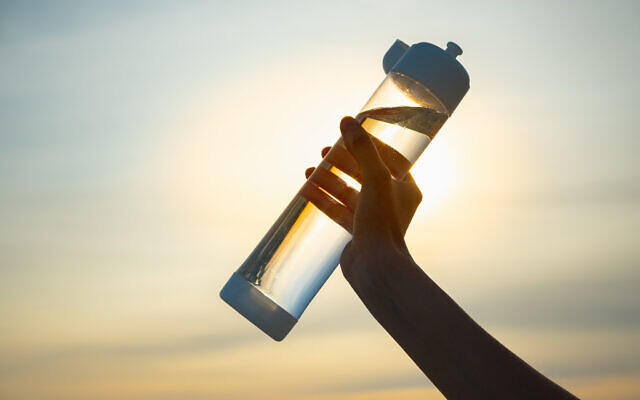 Hydration is key. Photo by Photoboyko via iStock

Jeffrey Spitz Cohan, of Forest Hills, hasn’t planned his pre-Yom Kippur meal yet but said Maimonides should be a helpful guide. Maimonides, a medieval Jewish philosopher and physician, advocated moderation so, whether it comes to drinking water or eating food, avoiding extremes is important, said Cohan.

In years past before the fast, Cohan, executive director of Jewish Veg, a group that helps Jews embrace plant-based diets as a means of expressing Jewish values, has filled up on tempeh — a high-protein food made of fermented soybeans — along with rice or other grains.

Cohan typically marinates his tempeh in soy sauce and maple syrup, and adds spice for taste, but said those seeking an alternative flavor can try mole, a spiced Mexican sauce, which he purchases at Reyna Foods in the Strip District.

The great thing about tempeh, is “it’s super healthy and very hearty,” said Cohan. “And it will fill you up so you won’t be too hungry or too distracted by your fast.”

Fresh off the NCSY Garden Sizzler — an annual event that welcomes several hundred people for a backyard gastronomic bonanza — Nina Butler, of Squirrel Hill, said she and her family will be eating steak as a pre-fast meal, and, as a side dish, kreplach.

There’s something “cosmically poetic” about preparing small dumplings, Butler said. More than 40 years ago, Butler first made kreplach for her in-laws. Decades later, she’s making them for her grandchildren, who live in the same home as her in-laws once did.

Pre-fast menus differ from plate-to-plate, and, for most people, these aren’t the meals to explore new cuisine. According to Shayna Wolf, a local nurse, it’s best to play it safe when it comes to planning a pre-fast menu. Wolf suggests eating slow-digesting carbs, like whole grains, oats or brown rice, and also fats to slow digestion, like nuts, avocados or fish.

While these foods can make fasting easier, Wold stressed the importance of proper hydration.

Approximately three days before the fast, begin drinking lots of fluids, she said. It’s possible to sneak these in through watermelon, grapes and other vegetables, but also make sure to “eat enough salt to retain the water, but not too much that you end up thirsty right before the fast.”

Squirrel Hill resident Chayala Sokol also advocates proper hydration. Sokol said she and her family drink Gatorade and eat lightly salted chicken soup in the hours leading up to the fast. The key component of their annual pre-Yom Kippur meal, though, is a family staple: a special potato dish made by Sokol’s mother, Belle Gutman, consisting of seasoned white potatoes prepared in square-like form.

Gutman bakes the potatoes to the point that they’re so soft “you could mash them if you wanted to,” said Sokol.

The filling dish, which Sokol said her family looks forward to, is a welcome reminder that the holiday is coming. Even so, the tater-treat isn’t necessarily relegated to one meal per year — after all, grandmothers often have a soft spot — at least for a privileged few.

At various points throughout the year, Sokol said, her mother will whip up the dish, but that’s only “if the kids really beg.” PJC