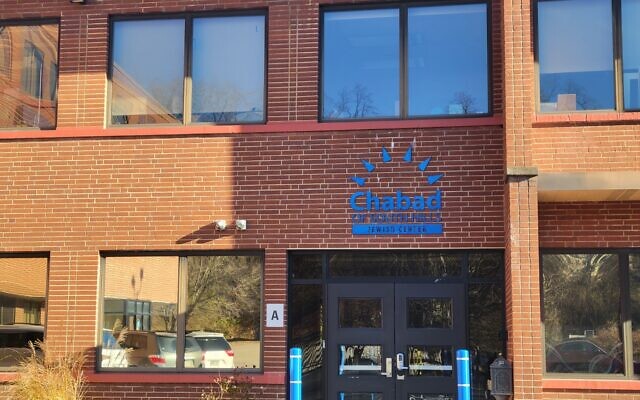 “What we’re offering is to enrich your life and make your experience with Judaism deeper,” Rosenblum said.

Those offerings might include educational opportunities, help observing various mitzvot, holiday celebrations or plans for a new mikvah, he announced in an email Dec. 7.

Rosenblum said the idea for the South Hills mikvah, or ritual bath, came out of a search for ways to honor his mother Miriam Rosenblum, whose yahrzeit will be marked on 23 Kislev and his mother-in-law Raizel Wolvovsky, who died in November of this year.

The rabbi said that both were extraordinary women who were extremely active in their communities.

The typical way to plan for a mikvah, Rosenblum explained, is to do research, identify potential property, explore obstacles and create a budget. But for this mikvah, he decided instead to announce the project and then work out the details.

“So, it’s a little backward but their passing was the impetus. The need for a mikvah though, is as ancient as the Torah itself,” he said.

In fact, Rosenblum said that according to many sources in Jewish law, it is permissible to sell a Torah or even a synagogue to fund a mikvah.

Given the sensitivity of its purpose, Rosenblum said he isn’t surprised there hasn’t been a lot of conversation about the need for a mikvah in the South Hills. Despite the lack of talk, he is certain that once it is built it will be used. He pointed out that Chabad has traditionally found success offering services before a groundswell of interest was present.

“The nature of the neshamah, of the soul, is that it knows truth but maybe hasn’t been introduced to it yet. Sometimes the offering must be there; then it connects,” he said.

A location for the new mikvah has yet to be determined. One option, Rosenblum said, is to house it at Chabad of the South Hills’ current location. Another is to follow the model of Squirrel Hill, housing it in a neighborhood home.

The cost of the project might range from $200-300,000 if built at Chabad of the South Hills, and up to $700,000 if there is a need to purchase property and built the mikvah off-site. Despite the additional costs, Rosenblum’s current preference is to find a new location for the project, saying that he would like to find a home south of the city that would become an institution and treasure of the community.

“That’s my ultimate dream,” he said.

Regardless of the location, Rosenblum said people will be surprised by the final product.

“People will be shocked. In the olden days, mikvahs were very utilitarian in nature. They were this little thing in the middle of a small room. It was cold and bare. You just came in and did it. This is going to be a spa. It’s going to be beautiful. It will be gorgeous. It will be designed to be something that women look forward to.”

Rosenblum said that the mikvah will be available to all Jewish women, regardless of affiliation, pointing out that all of Chabad’s offerings are available to everyone.

The rabbi said the timeline has yet to be determined but it could take several years to complete. In the meantime, he’s pushing forward. Soon, several rabbis who are experts in the laws and architecture of the mikvah, will be brought in to provide feedback.

The next step will be to shore up funds. Rosenblum said once a working plan is complete, Chabad will approach different foundations to solidify backing.

The community, he said, has already begun to show support for the project. In early December, Chabad raised over $128,000 during its annual campaign. Close to $30,000 of the funds was earmarked by donors specifically for the mikvah.

“I’m very excited,” Rosenblum said about the support shown by the community. “I’m very, very encouraged by the campaign. The South Hills has always been its own community and it needs its own Jewish infrastructure,” he said. “A mikvah is a powerful thing to have, even for the people that won’t use it. It’s a symbol of Jewish community.”

To contribute to the Chabad of the South Hills Mikvah project, visit charidy.com/chabadsh. PJC