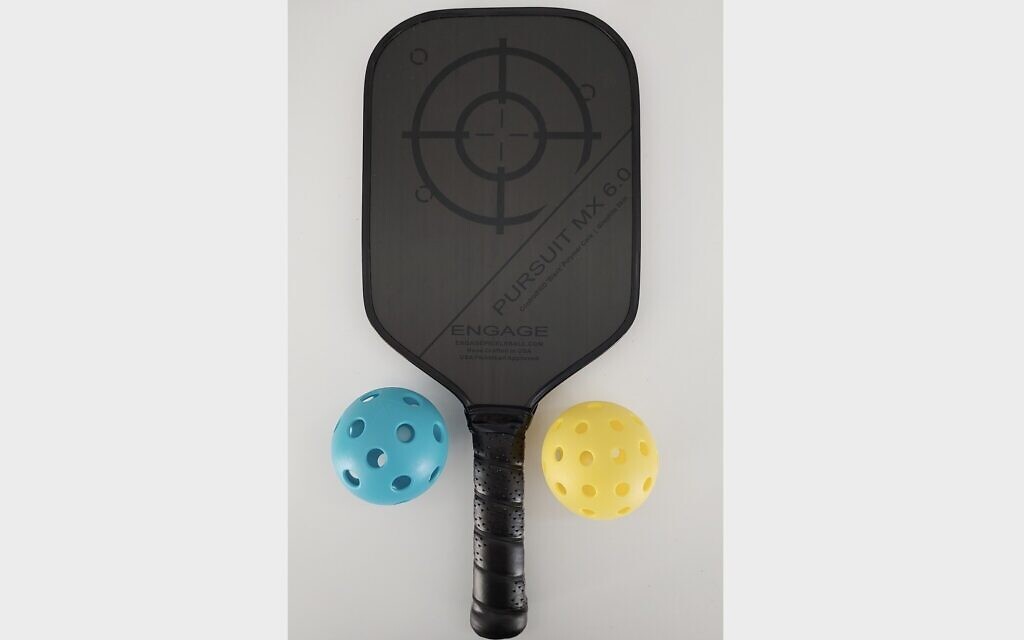 Lynn Kisseloff joined the Jewish Community Center of the South Hills to exercise a bit but eventually, like many, she became entranced at the facility by pickleball.

“It’s kind of a different game than tennis — there’s a smaller court, and it’s social because you switch out partners,” said Kisseloff, a retired pediatric physical therapist who has lived in Mt. Lebanon for more than 25 years. “We just like it because it’s different rules and almost anybody can do it. Plus, you don’t have to run as far. More and more and more people are playing it.”

On that last point, Kisseloff couldn’t be more right. In 2021, roughly 4.8 million Americans were playing pickleball, double the number from just five years earlier, according to the 2022 Sports & Fitness Industry Association Single Sport Report on Pickleball.

According to the Medical University of South Carolina, racket sports boost the cardiovascular system, which helps prevent many of the unwanted problems of older age like hypertension, stroke and heart attack. Pickleball and its smaller court — just 44 feet by 20 feet — gives players a good aerobic workout without as much stress and strain on joints and muscles, which is another reason it’s good for seniors.

Alan Mallinger started pickleball activities at the Jewish Community Center in Squirrel Hill about five years ago. He said JCC leadership got word of the sport from members who played it in Florida, and bringing it to the JCC in Pittsburgh was a natural decision.

Today, Mallinger, who retired from the JCC in October, plays pickleball with friends. Sometimes, he’s at the JCC — he jokes that he’s still there almost every day — and sometimes, he plays at outdoor courts at Schenley Park or Frick Park. Additional courts are being installed at a newly renovated park in Greenfield, he said.

Mallinger said he loves the game, in part, because the court is smaller and easier to manage.

“There’s obviously not as much of it to cover,” he said. “But you still get a pretty good workout.”

What’s the take from Elaine Cappucci, the operations and wellness director at JCC of the South Hills?

“We love pickleball here,” she laughed.

Cappucci echoes familiar sentiments about why the game is so hot among seniors.

“It’s very popular with senior adults, especially those who’ve played other racket sports,” she said. “And the court is easier on the joints.”

“Since the court is smaller, you’re closer to the people you’re playing with,” she added. “It’s made to be a fun game. It’s meant to be fun and to be social.”

Nancy Deegan has played pickleball at the JCC of the South Hills for a while now, she said. The Castle Shannon mother of six, who retired in 2001 from a career as a secretary and medical assistant, used to play mixed doubles tennis with her husband. After he passed away, she discovered the new game.

“Pickleball’s not as stringent as tennis, where you want to kill your opponent,” Deegan laughed. “I just love it. It’s a fun game.”

Norman Childs estimates he plays pickleball about seven or eight times each week, most regularly at the courts at Schenley Oval. He picked up the sport in Florida, where he spends his winters.

“Where we live, they built eight pickleball courts,” said Childs, who lives in North Oakland. “The day they cut the ribbon, I tried it … and didn’t stop.”

“At any age, at any level, you can play pickleball,” he said. “It’s not a game where you have to be a great athlete … And as you play, you get a strategy. As you play, it’s like a chess match.” PJC