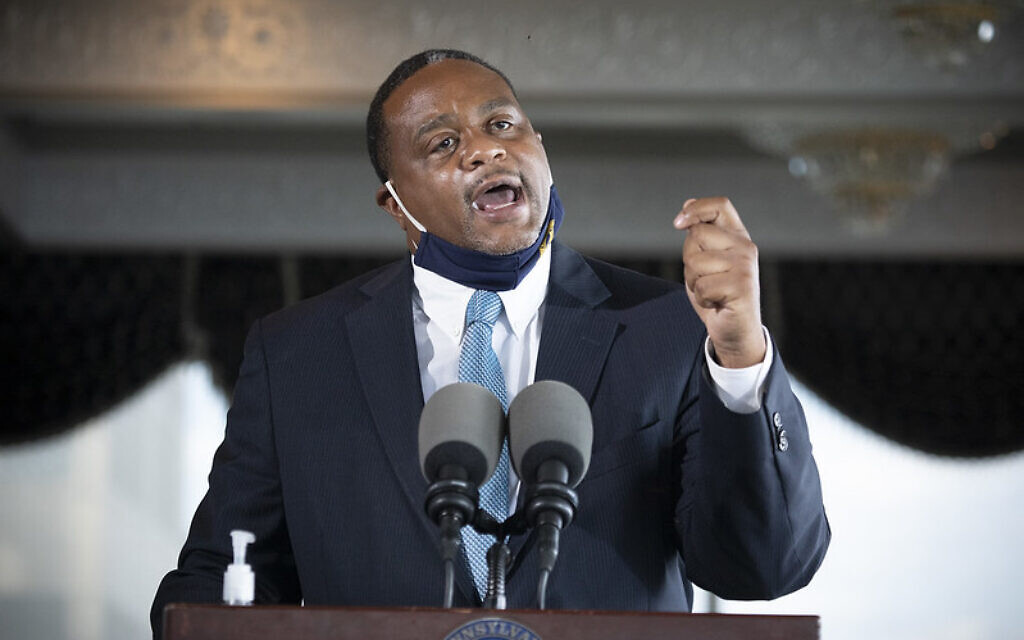 Walking around Squirrel Hill, one will see Black Lives Matter signs dotting lawns throughout the neighborhood. The sentiment is well-intentioned, but the cynic in me wonders if that sentiment always extends beyond the window dressing.

We see the national attention given to Pittsburgh as the “most livable city” in the United States, but that doesn’t sync up with studies that show it’s one of the worst for its Black citizens, especially Black women. It raises the obvious question: Most livable for whom?

After the shooting at the Tree of Life building, communities all over Pittsburgh (and beyond) rallied around us, came to support us, offered to hold us as we grieved. The phrase “Stronger Together” became a rallying cry, but much like that “most livable” mantle, it became very clear that it was a slogan that only applied to some of us.

This needs to change. And it needs to change now. Our city, while growing for many of us, is leaving too many people behind. That’s why I am supporting and working for Ed Gainey in his bid to become our next mayor.

A word about the man currently in that office. If you’re looking for a hit piece on Mayor Bill Peduto, go elsewhere. It is true I am very disappointed in his reaction to BLM protests — and the police response to them over the summer — among other issues. I also think that two terms and eight years in office is enough time for an elected official to sit in the mayor’s chair. It’s time for someone else to bring a new vision and new ideas to lead the city in this moment.

I did not get involved in the Ed Gainey campaign only as a negative response to Mr. Peduto. I, for one, will never forget how incredible the mayor was for my community in the aftermath of the Pittsburgh synagogue shootings.

No, I’m in this because I fully believe in the man I’m helping to elect — not in the desire to remove the man he’s running against. That’s a rare thing indeed in politics, isn’t it?

Is Gainey perfect? Have I agreed with every single vote he’s taken while he’s represented our region as a state representative since 2013? Of course not. Anyone holding out for a perfect elected official might as well be waiting for Godot.

But Mr. Gainey has made a career of showing up for all communities and I believe that’s how he’ll govern as mayor. When we took to the streets to protest the arrival of Donald Trump in our Squirrel Hill neighborhood days after the Oct. 27, 2018, shootings, I ended up being at the head of the march, and when I looked over my shoulder, there was Ed Gainey, standing shoulder to shoulder with us.

And last summer, as our streets were filled with the calls to end injustice for our neighbors of color during Black Lives Matters protests, there was Ed Gainey, again standing shoulder to shoulder with protesters. His voting record in Harrisburg has shown time and again that he’s always willing to stand up for all who need it.

That’s the kind of mayor I want leading our city: one who represents all of us. A mayor who doesn’t just talk the talk, but walks the walk. A mayor who combines vision with policy. A mayor who couples soaring rhetoric with a desire to roll up his sleeves and get things done.

I’ll be blunt here: Representation matters. It is shameful, though not surprising, that Pittsburgh has never had a Black mayor. Our Black neighbors have gone far too long without being represented in government, in our city and in our region. Their voices have truly not been heard. What transpired over the summer was nothing new in terms of Black leaders and activists demanding change, but perhaps some of us were really hearing it for the first time in the wake of the George Floyd murder in Minneapolis.

This is an opportunity for us to help our fellow Pittsburghers be truly represented for the first time, for the next generation of Black youth in our city — too often ignored — to look up and see someone who looks like them in a seat of power they previously thought unattainable.

As Rabbi Tarfon teaches us, it is not our responsibility to finish the work of perfecting the world, but neither are we free to desist from it. One way to engage in that work is to elect a mayor for all Pittsburghers.

In Jewish tradition, our Aleinu prayer commands us: “L’taken olam b’malchut Shaddai.” One translation is “To perfect the world under the rule of God.” It asserts our mandate for tikkun olam — repairing the world. I believe electing Ed Gainey is taking a strong step toward that goal by mending fissures that have plagued our city for years. PJC

Jonathan Mayo is a writer and activist living in Squirrel Hill.