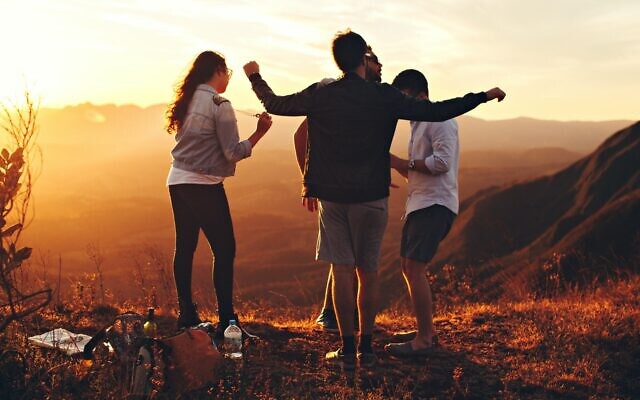 Photo by Helena Lopes from Pexels

Doran Steinfeld is anxious to begin living the life of a typical teenager again.

“I’m looking forward to hanging out with friends, maybe shopping, going to the mall and the movies, once we’re all vaccinated and comfortable,” he said.

Steinfeld is one of a growing number of Pittsburgh Jewish teenagers who have been vaccinated against COVID-19.

The South Hills 16-year-old received his second shot at the beginning of April. Before that, he had been anxious, he said, because his friends had already started getting together again.

“They’re not as careful as I’m comfortable with,” he said, “so I was itching to get the vaccine so I could hang out with them again.”

Steinfeld, a Mt. Lebanon High School sophomore, got his shots at a Pfizer mass vaccination clinic at Heinz Field. He was able to get vaccinated relatively early because he works as a tutor.

Despite being fully vaccinated, Steinfeld said he will continue to follow safety protocols, especially around people who may have not yet been vaccinated.

“I’m still going to be safe and careful,” he said. “If they don’t want to be safe or put themselves at risk, I’ll still continue to be safe.”

Tenth-grader Mushka Altein got her second shot April 8. The Yeshiva School student also went to Heinz Field for her vaccinations.

The daughter of Chani and Rabbi Yisroel Altein, Mushka said she was motivated to get vaccinated because she is planning to work as a counselor at Chabad of Squirrel Hill’s summer Camp Gan Israel.

She had no qualms about getting the shots.

“I’ve heard of other people that got the vaccine and they were fine,” she said. “There was a lot of research done. I wasn’t nervous.”

Altein is looking forward to spending time with her friends now that she is vaccinated, but said she was the first among her peer group to get the shots.

“It’s a two-way thing, but it does give me a sense of security,” she said.

Maya Davis, a junior at Hillel Academy of Pittsburgh, received her first dose of the Pfizer vaccine through Spartan Pharmacy and will soon receive her second dose. For now, she’s still tentative about participating in activities without taking safety precautions.

“I still wear a mask and stay properly distanced because I think there’s a possibility that you can still get COVID-19 or be exposed to it and give it someone else,” the 17-year-old said.

Hillel Academy has done a good job of social distancing students, Davis said, but added she was somewhat concerned about contracting COVID-19 before she began the vaccination process.

“I feel safer now that I have it,” she said.

Davis heard about the possible side effects of the vaccine but put her trust in her parents to help her make the right decision, she said. In addition to the security of being vaccinated, Davis had loftier goals in mind when she received her first shot.

“I wanted to inspire others to protect themselves from this pandemic,” she said.

Lena Rothschild, a junior at Taylor Allderdice, has also received her first dose of the Pfizer vaccine. She said she was able to get an appointment once she found a link to a location in Kittanning with lots of openings.

Because of the vaccine, Rothschild is beginning to see light at the end of the tunnel and is expecting her summer to be relatively normal.

“My parents have been very strict about COVID, so I only see people in masks and outside,” she said. “It’s been hard for me, because I’m one of the only kids that do that. I’m definitely excited to have a handful of friends that have been vaccinated and just hang out like normal. It’s going to be pretty crazy.”

Rothschild expressed incredulity when thinking about people that were eligible to get the shot but didn’t.

“I can’t believe people are letting these things go to waste,” she said. “It’s crazy to me.”

For Altein, the decision to get vaccinated was easy but she still believes “it’s a personal decision for everyone. For me, there’s been a lot of research in developing new vaccines and they’ve proven to be very beneficial. For every person that gets the vaccine, they’re helping everyone else, too, because more people are vaccinated. The more that society is protected, then we can get over COVID and get back to our life.” PJC

David Rullo can be reached at daverullo@pittsburghjewishchronicle.org.