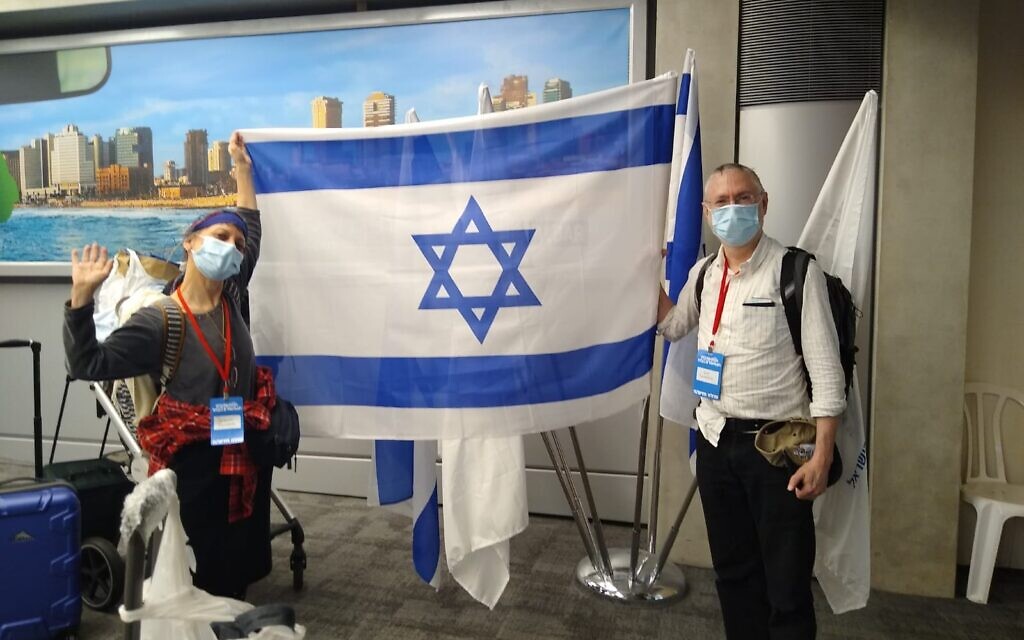 Lee Golden paged through a couple hundred yogurts on an Israeli grocery store’s online ordering form. He had translated the site into English but couldn’t figure out the difference between all the yogurts. He decided he’d just start randomly picking yogurts and move on.

It was Carri and Lee Goldens’ second grocery order during their mandatory 14-day bidud, or quarantine, upon arriving in Israel.

So far they’ve seen the quiet Tel Aviv airport, the view of the land from their van ride, and the steps up to their temporary quarantine apartment. And there’s an orange tree they look at outside the bedroom window.

For the married couple, Lee, 64, and Carri, 63, aliyah has been years in the making — but when they started planning, they couldn’t have imagined the move would look like this.

Lee began thinking about it a decade ago, and when the couple visited Israel in 2018, the prospect felt real.

Carri was reluctant. Pittsburgh has always been home — both she and Lee are second-generation Pittsburghers, and the two built their lives here from childhood to marriage to raising two daughters, now 29 and 32.

“There’s nothing that we really don’t like in Pittsburgh,” said Lee.

Eventually, Carri came around to the idea of moving to the Jewish state.

They decided to move forward with the aliyah process in 2019, filling out Nefesh B’Nefesh forms, gathering information about the costs and getting fingerprinted to prove their identities.

They interviewed with the Jewish Agency at the end of February 2020, right before everything shut down. After that, nothing happened for a while.

But when, in October, Nefesh B’Nefesh was able to buy airline tickets for the couple, the process hurtled forward.

They booked the temporary apartment for quarantining and found a permanent apartment as well, picking it instinctively and virtually (they had originally planned to visit Israel over the summer to choose a place). And they prepared to move out of the house they lived in for 32 years.

Carri handled the home upgrades while Lee dealt with logistics and financial research for Israel. They cast aside their agendas and began a flurry of packing. Carri described her mindset as: “This mess can get thrown in a duffle bag and wait till Israel.”

Their final hurried days in the U.S. were filled with food from friends, masked and distanced meetups with a few close relatives and Zooms with others. Then, they left.

They were met with pandemic-friendly celebration: At the airport, the Ministry of Aliyah held up welcome signs and Nefesh B’Nefesh greeted them with sandwiches and cookies; fellow former Pittsburghers in Israel — including one of their daughters — have sent them food while they’re quarantined.

“We feel like rock stars,” said Carri. “We were very jazzed to feel so welcomed.”

Lee is actually happy about quarantine. “This has been great,” he said. “I get to hang out with my wife for two weeks uninterrupted, which never happens.” They’re in a comfortable apartment with books and games, and can recover from moving and flying and jet lag until quarantine ends.

For Chanukah, Carri brought what she calls a “cheapo” menorah, a box of candles, a few dreidels and some decorations. The pair set up a little Chanukah display in the living room. 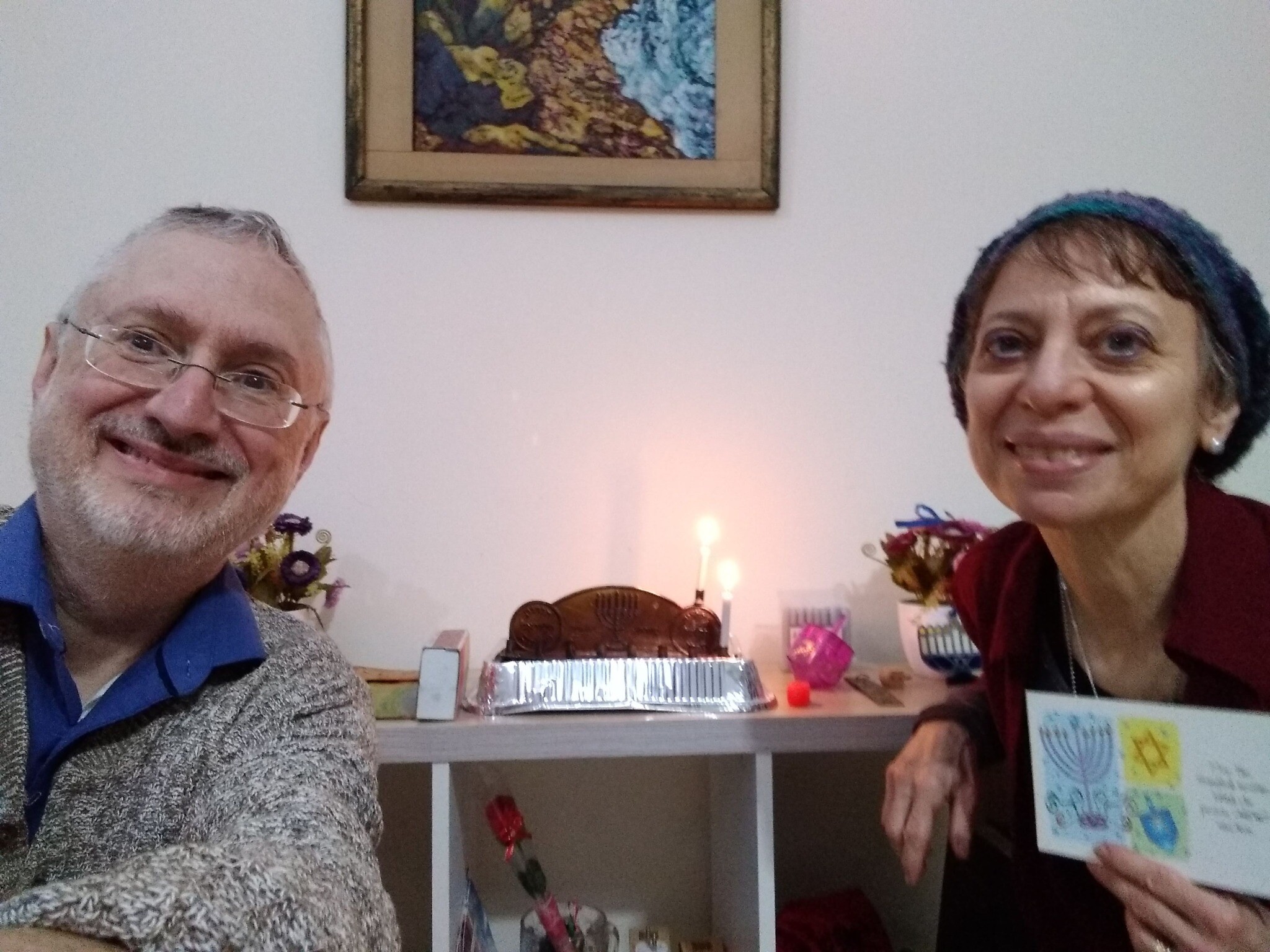 Nefesh B’Nefesh helped Lee find a job in Israel — he’ll continue his work as a patent lawyer beginning next month. Carri, a social worker, hopes to find work, but she’s not rushing into it. She wants to focus on getting settled in Israel, improving her language skills through ulpan, and making their new apartment in Rehovot feel like home.

Even with the aliyah process rocked by the pandemic, the new olim feel good about their decision.

“If we ever get outside, it’s going to be great.” PJC