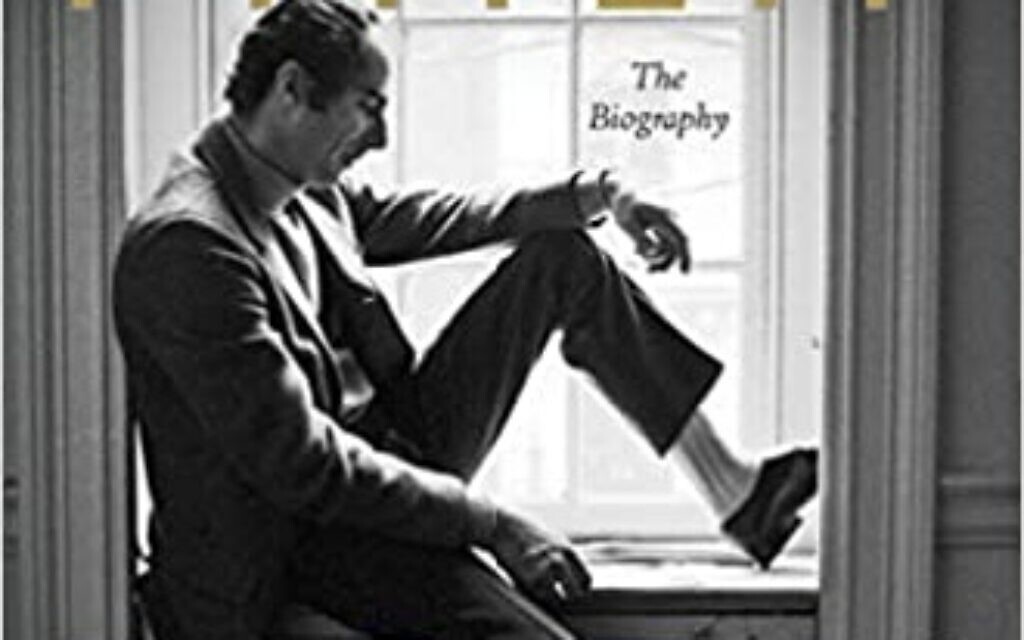 In the ethnic patchwork of the city, Roth saw middle-class strivers and upper-class anxieties, sexual opportunities and his community’s social and religious pieties. He saw the smallness and the bigness of it all, that it was absolutely mundane and absolutely a way to think about the great big country around him.

Roth couldn’t be said to have been a pig-headed patriot, nor a reflexive critic of the country where he lived. But the man that emerges from his collected fiction — 27 novels, some good, some bad, some sublime — is one that seems like could’ve only come from here.

Blake Bailey’s new biography of Roth — “The Biography,” as it’s subtitled — tells the story of Roth’s life and career in a way that he deserves. Bailey, who was given total access to Roth and his papers, is obviously a partisan for Roth in some fights, including one key battle, but recounts every scandal and airs every grievance, financial, literary, filial, romantic or otherwise. Roth may have Bailey in his corner, but Bailey sends him back to the ring for every round.

Having previously written biographies of titanically gifted and personally flawed writers like John Cheever and Richard Yates, Bailey must have smiled when Roth gave him his charge, the one that’s used as the epigraph of this book: “I don’t want you to rehabilitate me. Just make me interesting.” That’s all Bailey’s ever done for men like Roth.

Granted, it would be difficult to make one of the most decorated writers in American history uninteresting. He was also one of the most famous writers in the country at a time when a novelist could be a bona fide celebrity and, on top of that, he had a tendency toward bed-hopping, courting the ire of his co-religionists and disparaging just about anyone and anything on the record. What other novelist could claim the documented, personal scorn of Richard Nixon, Gershom Scholem and Nicole Kidman?

Regardless, Bailey succeeds in this respect, writing with a grace and skill that makes 800 pages fly.

Roth was 26 when he published his first novel, “Goodbye, Columbus,” and given the heavy overlap between Roth’s personal and artistic life — a theme that Bailey returns to frequently — it’s a fool’s errand to speak of Roth’s life, career and fiction as cleanly distinct from one another.

Roth tried in vain to make that distinction even as he wrote book after book about philandering Jewish writers from Newark, occasionally named Philip Roth. He never made a convincing case; from “The Ghost Writer” to “Portnoy’s Complaint” to “I Married A Communist,” plot points and characters are clearly taken from his personal life, and his protagonists’ insights are imbued with unmistakable Roth-ness in content and articulation.

And so when he publishes “Goodbye, Columbus,” and becomes Philip Roth, novelist, the distinction between writer and person that was easier to make about a Ph.D. student evaporates.

When the book is lambasted by the ADL, the Rabbinical Council of America and countless letter writers, accusing of him of having sullied the name of American Jews in the name of self-hatred, enrichment or some other nefarious reason, his reacts as if he’s been personally insulted, because he has been. When foes at The New York Times pass down negative reviews of his novels without passing judgment on him personally, he also reacts as if he’s been personally insulted.

Roth as Misogynist, a label that dogged him as a person and a writer for his entire career, is given an extensive hearing, and for good reason: He did a lot of hateful things toward women, and the women in his novels could be broadly drawn sex objects, nags or shrews.

His relationship with Claire Bloom, chronicled in her explosive 1996 memoir, accused him of emotional abuse and manipulation, among other offenses. Roth worried that her book would be the final word on the subject of his relationship toward women, and given Bailey’s partisanship in this arena, this book can occasionally read like Roth’s personal riposte to Bloom and all women, as when Bailey calls the journal of Roth’s first wife “a pretty insipid piece of writing.”

There’s so much more to be said on all of these subjects. Every literary magazine and newspaper with a books section has written about this book in the past few weeks, but no single review has widened the lens enough to capture the fullness of Roth’s life and work. There is too much to be said about his qualities as a writer, as a Jew, as a man, as a celebrity.

Luckily, there was one guy with the space to say it, so this really is a book worthy of being called “The Biography.” PJC