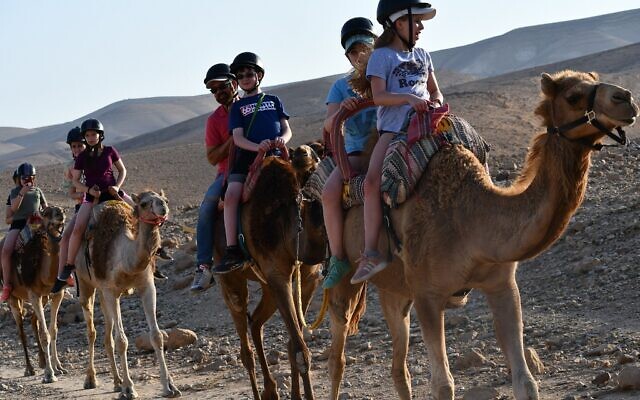 The Jewish Federation of Greater Pittsburgh is sunsetting a program that helps fund trips to Israel, but is offering other funding avenues in its place.

The Passport to Israel program, which has been providing matching funds for nearly 30 years to Pittsburgh-area students and young adults taking extended trips to Israel, will end on May 31, 2022, officials at the Federation confirmed to the Chronicle.

The program is no longer accepting new enrollments, but financial matches still will be honored for new contributions – up to $200 – made up to May 31, according to a letter emailed to account holders.

In light of the change, the Federation’s Israel Scholarship Committee has agreed to increase subsidies to Community Day School eighth-graders traveling to Israel from $1,300 to $1,600, beginning in spring 2023. CDS students are the largest users of the Passport to Israel program.

Adam Hertzman, the Federation’s director of marketing, said the Federation will continue to work with Estelle Comay and the Sholom Comay Endowment Fund, which has backed the Passport to Israel program in some form since around 1992.

Hertzman stressed the Federation is not walking away from its commitment to help fund travel to the Jewish state.

“Far from it,” said Hertzman, who added that the Passport to Israel program had grown confusing. “This is the Federation working with a generous donor, trying to make it easier for people to go to Israel. Federation will continue to support and give funds for teens and young adults through its Israel Scholarship program.”

The Israel Scholarship program provides funding on a first-come, first-served basis to teens in ninth grade or above, and young adults through age 27. “Exceptions may be made for pre-teens on a case-by-case basis,” according to the Federation’s website.

The letter emailed to Passport to Israel account holders echoed the Federation’s commitment to continue to help fund Israel trips, and said the Federation would “continue to offer generous need-based funding for qualifying families.”

CDS parent Merav Amos, whose daughter Maya hopes to travel, COVID-permitting, to Israel with her eighth-grade class this spring, said she “was never confused” about the program.

“I understand it,” Amos, an Israeli now living in Squirrel Hill, told the Chronicle. “But if, frankly, they’d rather do it another way, I don’t see a problem.”

Mara Svoboda, the CDS parent co-chairing CDS students’ trip fundraising efforts, also wasn’t deeply concerned about the change. She has three children at CDS, including one in eighth grade.

“It’s like a lot of things — the details will come eventually,” Svoboda said.

Current participants in the Passport to Israel program now have two options, officials said. They can request their fund be liquidated and the entire balance returned, and then they will no longer be entitled to matching funds. Or they can make one more deposit of $200 this year, which will be matched along with the previous deposits made for a trip to Israel.

Participants no longer will be required to have four years of deposits to receive matching funds, officials said. If they decide to utilize this fund for an Israel trip, they will be matched $100 for each $200 deposit made before May 31, 2022. A total of $800 is the maximum match. PJC