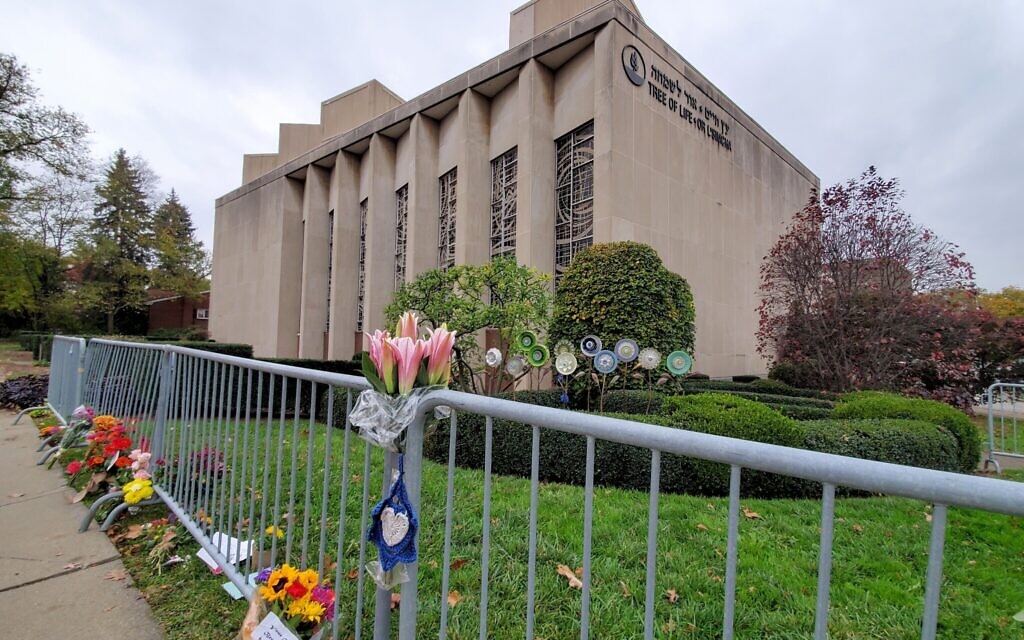 The senseless attack at the Tree of Life building three years ago was just that; senseless. It’s important to remember that the shooting that morning was not a morality play or some sort of global metaphor with a neat lesson at its end. And yet, who are we as humans, as Jews, if we do not struggle to understand, even if as we know we never can?

As another year passes, we look back on that Shabbos and those lost with deep sorrow, wondering what we can do to honor their lives and their memories. For me, that harrowing morning made me think deeply about the sorts of relationships we can form with others.

When my son, Ari, was 13, he began to go on weekly mivtzoyim, outreach around the city of Pittsburgh. Every week, he spent time talking to people about Jewish pride, helping them wrap tefillin and say a blessing, sharing a kind word. It was in the course of these conversations that he met Joey Stein. The two hit it off at once — to the extent that Ari eventually helped Joey purchase his own pair of tefillin. The two remained close even as they grew older and lost the gift of physical proximity. When Joey got married, Ari helped him put up a mezuzah on his front door.

After the tragic murder of Joey’s father, Daniel Stein, that October morning, Ari was one of the people he called with the news. My son flew back to Pittsburgh for the funeral and my wife and I helped organize the minyanim for the shiva and hosted Joey and his mother for a Shabbos meal in the weeks following. In a time when our reality seemed too cruel to face, we clung to each other, to our relationships, and to the comfort we could take and give.

This date on the calendar is now tied, then, both to pain and hope. We are reminded of the depths of the capacities of human beings, both for good and for evil. The murderer came to Tree of Life that morning seeking to destroy a community and a world. In some respects, he succeeded, for we know that each person is a world in themselves; we lost 11 worlds that day.

But every one of the congregants who were killed were and are their own worlds, located in a galaxy of relationships; friends, family, neighbors, strangers, all stepped forward in the days, weeks and months afterward. And while an outpouring of compassion, understanding, and love can never replace those that were taken from us or erase our pain, it was heartening to remember that the supporters far outnumbered the perpetrator.

This year, as we pray for the elevation of the souls of Joyce Fienberg, Richard Gottfried, Rose Mallinger, Jerry Rabinowitz, Cecil Rosenthal, David Rosenthal, Bernice Simon, Sylvan Simon, Daniel Stein, Melvin Wax and Irving Younger, I will continue think about the ways I can provide care and recognition for others. Dor Hadash, New Light, and the Tree of Life may have been damaged, but they have tremendous, powerfully deep roots and, with all of our support, light, and love, they will rise again, even stronger. PJC

Rabbi Yossi Rosenblum is CEO of Yeshiva Schools of Pittsburgh and rabbi of Congregation Kesser Torah.