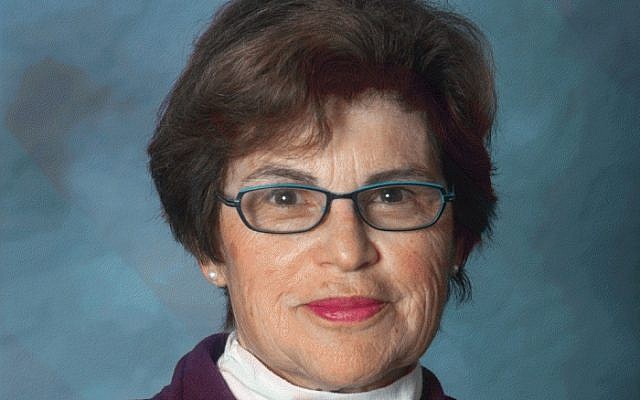 Six female leaders spoke during the sessions: the Israeli Arab and Muslim head of the YMCA in Jerusalem; the head of an organization that helps Ethiopian Jews resettle in the Jewish state; an American ex-patriot who is building a niche tourism industry in the remote, southern Negev Desert; an Israeli Jew representing the Israeli-Arab Task Force, and who works to help Israeli Arabs find meaningful employment in Israel; a human rights lawyer dealing with gender equity among Israeli Jews and Arabs; and the wife of former U.S. Ambassador to Israel Daniel Shapiro, who runs an organization dedicated to helping asylum seekers.

Burstin said she invited the six speakers to talk “about a side of Israel that never makes the headlines.”

Burstin connected with the six women through her daughter, who moved to Israel with her family and teaches at Hebrew University.

“I think everybody in Israel has a story to tell — it’s a matter of weeding them out,” Burstin said. “It’s a fascinating society.”

Robert Heilbronner said he was excited to attended Burstin’s class, and greatly enjoyed it. He’s been taking Osher classes since 2018.

“It was part of my grand strategy of keeping myself busy and mentally stimulated as I prepared for retirement,” said Heilbronner, a retired dentist and non-practicing Jew from Forest Hills.

Heilbronner, the descendant of Holocaust survivors, said “the plight of the Jewish people is always on my mind — the history is unavoidable. And I certainly lived with that, those stories, throughout my youth.”

He added that Burstin’s class was “especially fascinating when listening to the interactions” of Israeli Jewish and Israeli Arab communities.

“It’s great to hear stories like that,” Heilbronner said. “It gives you hope when Israeli Arabs and Israeli Jews get along. Perhaps there’s some hope there for our country, where the divide between people is becoming immense.”

Sue Linzer, a former Jewish Federation of Greater Pittsburgh staffer, also attends Osher classes, which she said have kept her up to date on the nonprofit world in Israel since she retired in 2016. She attended Burstin’s Israeli society presentations.

“This was a wonderful opportunity to hear from fantastic presenters, real models of female leadership,” Linzer told the Chronicle.

Linzer said she was particularly excited to hear from Julie Fisher, Shapiro’s spouse, and how she evolved from a U.S. career in education to working in a more political world in Israel. She also was touched by Fisher’s volunteer work with her eldest daughter in southern Tel Aviv, which led to a consortium aiding asylum seekers.

“For me, it was really inspiring to hear how a volunteer experience would be the impetus for this nonprofit,” Linzer said. PJC