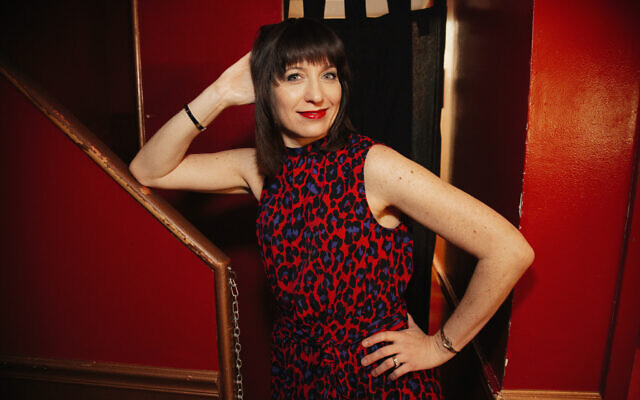 Ophira Eisenberg, a comedian, actress, author and host of National Public Radio’s weekly trivia, puzzle and game show “Ask Me Another,” is digitally coming to Pittsburgh to lift spirits with New Light Congregation on Aug. 27.

The free event — the second in New Light’s “Sing a New Light” series — is an opportunity to lighten the mood during a difficult period, celebrate the future and honor the memories of Richard Gottfried, Daniel Stein and Melvin Wax, the three New Light members who were killed during the Oct. 27, 2018, synagogue shooting.

Both the 2018 attack and the current pandemic factored into Eisenberg’s decision to perform at next week’s online fundraiser.

“We are all estranged from each other in new ways, and it just became even more important to try to find a way to bring together community and to have people feel connected to each other,” said Eisenberg, whose familiar voice can also be heard on the storytelling program “The Moth.”

Eisenberg had not yet finalized her set at the time she spoke to the Chronicle, but whether she references her Canadian Jewish upbringing, things she misses given the current climate or her vast coffee consumption during a period in which there’s nowhere to go, Eisenberg said attendees can expect material “that will be as joyful as possible in a dark time.”

“There would be nothing I would be able to add comedically,” said Eisenberg. Instead, the digital act will be one in which attendees can briefly enjoy themselves, “be together and try to create a little bit of connection and happiness.” 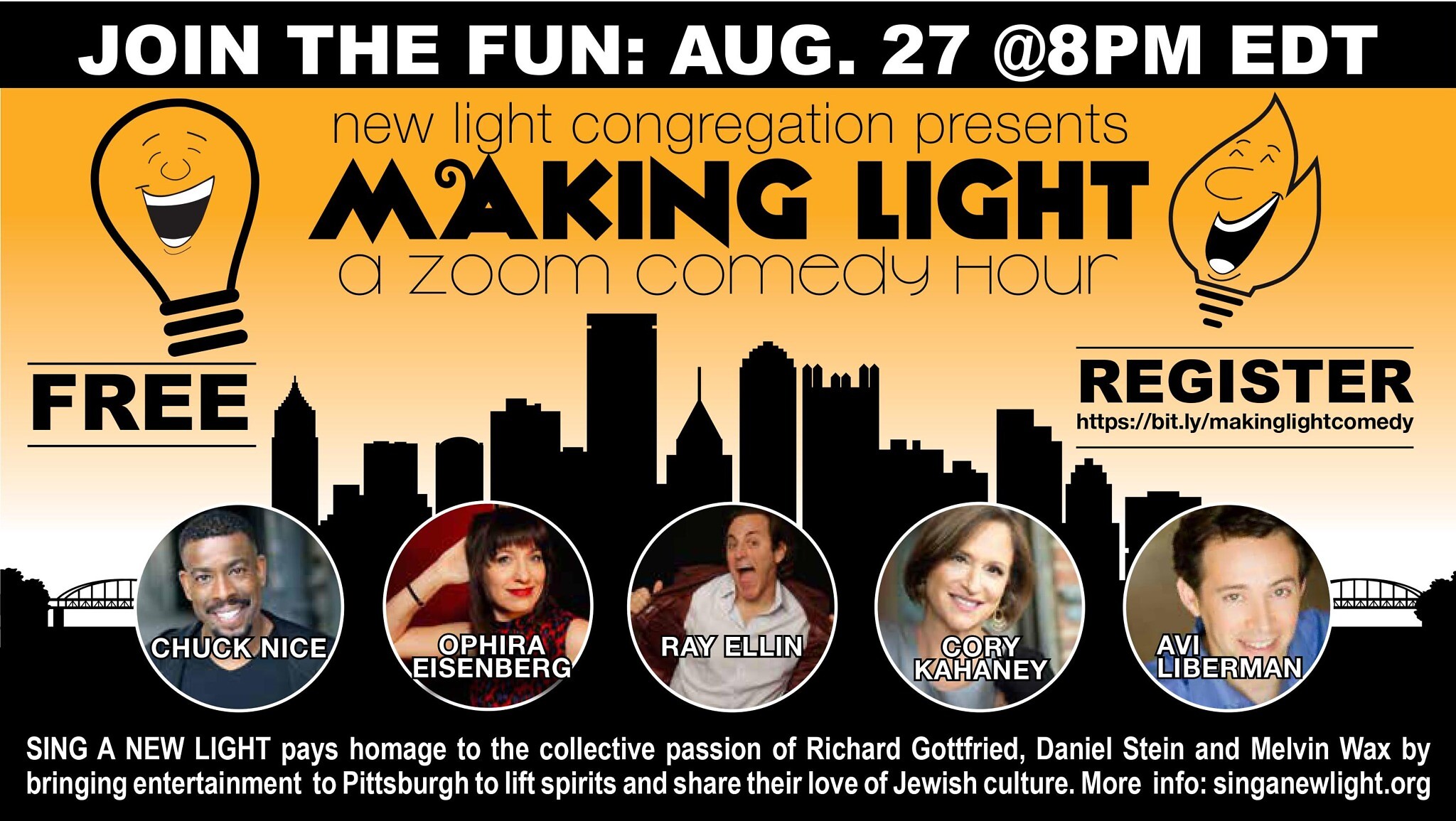 As someone who’s performed regularly for nearly two decades and mused about topics such as her childhood obsession with meeting Santa Claus in a mall or the singularity of her Hebrew-rooted first name, Eisenberg is comfortable filling a room with levity. After spending so many years riffing onstage, however, transitioning to a screen for streamed performances requires adjustment.

“You don’t do the same set, obviously, that you would do onstage because that would feel ridiculous,” she said. Even so, there’s a certain charm to this method of delivering setups and punchlines. “These new comedy shows are imperfect, life is imperfect, but they’re not as bad as I thought they would be.”

In fact, virtual performance “in the strange world that we’re living in feels extra special, especially when you get to see your friends or be with people you love,” she said.

A Calgary, Alberta native, Eisenberg, 48, is the youngest of six. Her parents first met in Holland, where her mother was a Dutch teenager and her father, a British soldier, was among those who liberated the country from German occupation. The couple eventually relocated to Safed, Israel, and welcomed the first two of Eisenberg’s five siblings. In 1957, the growing family moved to Canada. After Eisenberg’s sister was born in St. John’s, Newfoundland, another sister, brother and Eisenberg were born in Calgary, where their father served as a Hebrew teacher before becoming principal of the school.

Unlike her four older siblings, who conversed with their parents in Hebrew, Eisenberg and her youngest brother spoke English as children. She attributed the difference in language to the fact that her father had left the Hebrew school, she was enrolled in public school and there was a trend then of immigrants speaking English to their children.

“They would speak in either Yiddish or Dutch or Hebrew when they wanted to say things in front of me and my brother that they did not want us to hear,” she laughed. “It became their secret language.”

Even within the fashionably English-speaking home, Eisenberg was often reminded of earlier days. Her mother shared details about the war more often than her father, but it was through literal scraps that Eisenberg came to a fuller understanding of her parents’ experience during the war: Whether it came to maximizing food or materials, everything was used.

“The way we lived was very much based on a World War II mentality,” she said, “this mentality all the time about the money, and the cost, and just being conscious of rationing and making do with what you had. It’s still how I live.”

Whether joking about a single old pear that she can’t throw away or describing her parents’ willingness to reflect on the horrors of World War II, Eisenberg purposefully offers a peek into her own life in her performances.

Speaking honestly and exposing one’s vulnerability are critical narrative tools, she explained. That’s why she feels when working with future storytellers, it’s important to teach them that the challenge isn’t chronicling an episode perfectly but rather getting to the truth.

Eisenberg will join several other comedians for the Aug. 27 event, and although her digital routine may not have the emotional weight of a story she’d share on the “The Moth,” there’s still a seriousness in the subtext of her jokes.

“This is a comedy show. It is there to bring joy and bring people together and connect, and have a brief escape from our lives and a laugh. But it also does honor the memory of the three New Light members that were killed in that mass shooting,” said Eisenberg. “We come to this event with reverence to that and just gratitude that we get to do something that potentially has a positive impact on everyone’s emotional state.” PJC