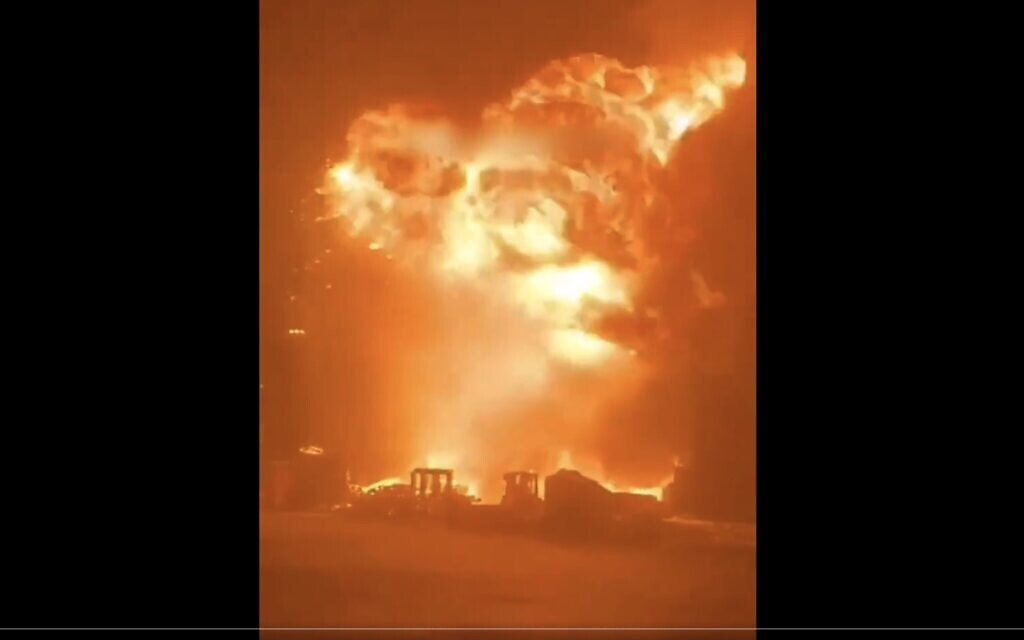 Friday is the day most Jewish Israelis, secular and religious, prepare for Shabbat. The secular go to cafes, shopping malls and the beach. The religious prep themselves and their children for Friday night synagogue and dinner. For Israeli Muslims, Fridays are the biggest day of prayer at the local mosque. Everyone does spongam — mopping their stone and tile floors.

I am the challah baker in our house. This Friday morning, as usual, I kneaded the sticky, elastic dough, enriched by three eggs and a half cup of honey. Turning the dough and pushing it with the heels of my hands for 10 minutes is a meditative, relaxing practice. In an hour, I will retrieve the risen dough from the top of our refrigerator, shape it into this week’s braids and rounds, and place it into corn-meal-strewn baking pans for a second rising.

That is, if we aren’t sent to our building’s basement bomb shelter by the piercing sound of air raid sirens. It’s unlikely in Jerusalem, but it happened a few days ago at the opening of the current Israel-Hamas war.

Let’s step back a week. Last Saturday night, my wife and I drove to Tel Aviv on blessedly empty roads to see our first movie in a theater in more than a year. Afterward, we strolled the streets, admired the new skyscrapers that had gone up during the Year of Corona, and stopped for a late-night bite to eat in an outdoor café in the neighborhood where our son, a university student, lives.

We marveled at the normalcy — people out, unmasked, leisurely enjoying themselves. We breathed deeply, not only because it was a first for us in the last year, but as we were enjoying the White City’s light atmosphere. We live in Jerusalem. The Holy City’s spiritual and political intensity is invigorating — most of the time. But the Earthly Jerusalem’s tensions, density, noise, griminess, and its residents’ sense of “mission” — whether it is political, religious, or historical — make it a challenging place to live at the best of times.

The latest “mission-driven” conflicts are brewing in the East Jerusalem neighborhood of Sheikh Jarrah over attempts to evict Palestinian residents of buildings claimed by Jewish organizations. Added to that were fierce clashes between Israeli police and Muslim Temple Mount worshippers gathered in large numbers for the final days of the month-long Ramadan fast-prayer-feast cycle.

Those conflicts were still limited to distinct regions that night of our Tel Aviv excursion. Even so, we started up our dormant-but-always-there Israeli safety calculus. Instead of a direct route from the highway, which passes by Sheikh Jarrah and the Old City, to our home, we would skirt these flashpoints by a roundabout course and avoid the Waze-recommended road that runs past the Arab suburbs of Tsur Baher, Um Tuba and Jabel Mukaber, all of which are adjacent to our home in East Talpiot. At one traffic roundabout on the way home we had heard rocks were being thrown at passing cars. At another, we saw a pro-coexistence rally of Jews and Arabs.

The next day, the stakes rose again. Hamas announced it would send missiles to Jerusalem in response to the Temple Mount unrest. Sure enough, sirens and a series of deep bass booms echoed through the valleys around which wind our streets and those of our Palestinian neighbors.

By this time, everyone — and I mean every individual in Israel, Gaza, and the West Bank — was now affected. Those not infected by extremism and hatred (more on them soon) began to meet it with the mixture of black humor, determination and PTSD that defend and define each of us in Israel.

Friends with small children kept waking them up in the middle of the night to shuffle or run into their safe rooms. A co-worker of my wife’s, who was driving to Ben Gurion Airport, had to duck and cover alongside her car on the highway’s shoulder, only to have to race to the airport’s bomb shelters upon her arrival.

Others told us of friends’ children huddled worriedly in second-floor apartments in Lod as Arab mobs roamed, trashed, and looted that benighted city. A friend filmed a video of the destruction of his local ice cream parlor on the Bat Yam boardwalk, which had been vandalized by Jewish hooligans, because it is owned by an Arab family.

On the flip side of these outpourings of violence and hatred, thousands have been venturing out to protests and rallies emphasizing Jewish-Arab coexistence in Israel. Not all are despairing.

Suffering worse are Israelis in the Gaza border communities. An elderly Holocaust survivor acquaintance wrote to us from her southern kibbutz home, inviting us to visit anytime — but not now, as Hamas projectiles were pounding her community.

The one Israeli soldier killed so far was in the same unit — Nahal Brigade 931 — as our other son had been in a few years ago. Our older son, along with scores of other released soldiers, has been called in for reserve duty.

In Gaza, the situation is more dire. Young adults in Gaza I have worked with in a program that trains citizen journalists were posting on Facebook and elsewhere of the destruction they were seeing, hearing, and feeling. Friendships across the Middle East and North Africa I have made in this program are being sorely tested by the intensity of emotions raised in the last week. I have tried to find something to say to them but haven’t succeeded in articulating anything that could offer comfort. PJC
–
Alan D. Abbey is a research fellow at the Shalom Hartman Institute in Jerusalem.