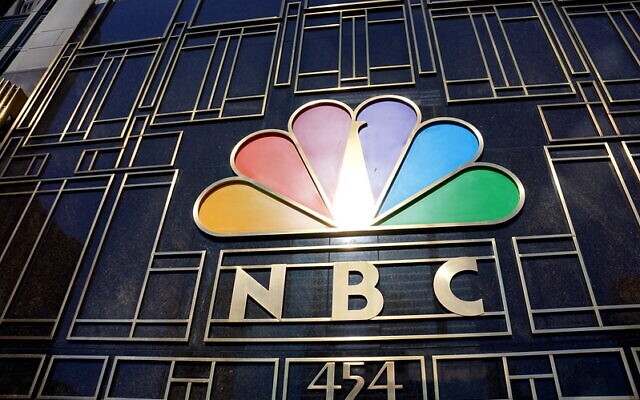 Last week, NBC News published an online story by correspondent Ken Dilanian about Anne Neuberger, President Biden’s new deputy national security advisor for cyber and emerging technology on the National Security Council. It was not well-received by Jewish groups, to say the least.

At issue was Dilanian’s suggestion that Neuberger — who has served for the past two years as director of cybersecurity at the National Security Agency — might be compromised in her ability to be objective about Israel because her family foundation gives money to AIPAC. Dilanian’s piece built on an initial investigative report by David Corn in Mother Jones, but unlike the Mother Jones article, the one published by NBC News quoted only anonymous sources in its attempt to suggest that Neuberger might not be unbiased.

Dilanian wrote that “installing a top cyber official in the White House who has strong ties to an organization that represents the interests of the Israeli government could cause some people to question the impartiality of the policy process, [sources] said.”

AIPAC and the American Jewish Committee, among other Jewish groups, quickly objected, calling NBC News out for invoking the anti-Semitic stereotype of dual loyalty, and demanding that the article be retracted. In response, NBC News investigated the reporting and posted a statement online: “NBC News conducted a review and has determined that [this story] fell short of our reporting standards. In order to warrant publication, it needed on-the-record quotes from critics, rather than anonymous ones. The article should have also included more views from those who believe that donations to AIPAC do not represent a conflict. And it did not give Neuberger adequate time to respond to our reporting.”

Given that admission, many expected the story to be taken down from the NBC News website. It wasn’t. Instead, NBC News moved the story to its online archives but left it accessible, “in the interest of transparency with our readers.”

Clearly, NBC News should never have published the unprofessional article in the first place, and the processes behind the reporting and vetting of online articles must be examined. Why did a news correspondent think it was acceptable to be so unbalanced in a news piece? Why didn’t an editor catch the lack of balance and the use of anonymous sources? Has NBCUniversal’s pandemic-related layoffs and pay cuts had an impact on the resources available to ensure high-quality work?
NBC’s behavior in this incident feeds the narrative of biased journalists running amok and harms the reputation of reporters and editors who are genuinely working hard to be fair and accurate. Let’s hope that even if NBC News is not saying so explicitly, there is plenty of soul searching going on internally. PJC