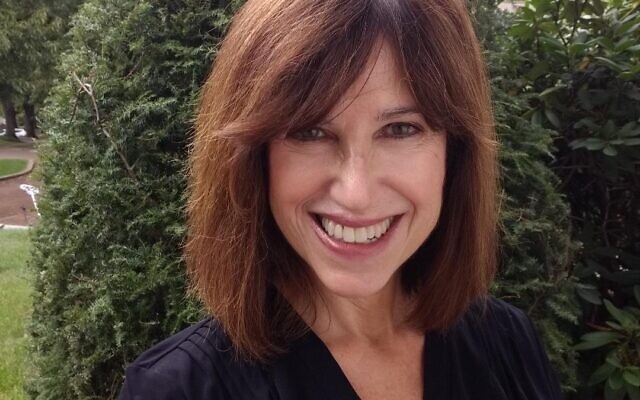 My inbox has been filled these past couple weeks with Letters to the Editor and other emails regarding racism in America, the protests following the death of George Floyd, and the Pittsburgh Jewish Chronicle’s coverage of those topics.

Let me tell you, people are angry.

Some are angry about the stories and opinion pieces we have chosen to run. Some point to what they consider an unfair bias toward police and an unnecessary emphasis on the destruction that came from what began as peaceful protests.

Some readers are upset because they think we have not given enough space to the anti-Semitic vandalism that occurred in Los Angeles and other places during or after some of the protests. Others are upset that there are Jews supporting the Movement for Black Lives when that organization’s platform contains anti-Israel tenets.

The emails have come from the right and the left, from Jews who identify as Orthodox and non-Orthodox and those who are unaffiliated.

We live in a diverse Jewish community, so it is no surprise that collectively we have a wide range of responses to the current discussion of race in America. The mechanics of how best to rectify racism and its tragic consequences are obviously debatable. What is not debatable is our duty to do so.

In the midst of all the recent emails, the one that has affected me the most was not marked by a tenor of anger, but instead rang of hopelessness and defeat. It has haunted me since I opened it. Written by an African American man, the email detailed his personal decades-long struggle with racism and the various injustices he has endured over the years, including at the hands of the police.

The author of the email – let’s call him “John” – did not want to be identified by his real name but gave me permission to recount some of his story here.

John, a U.S. Army vet who served this country from 1976 through 1993 and through Operation Desert Storm, said he nearly died years ago when a police officer held him to the ground, the officer’s knee pressed against his back, all the while using racial epithets. John had just returned from his military service and was having difficulty adjusting to civilian life. The offense for which he was being arrested was minor, he said, and could not have warranted the violent treatment he said he was subject to at the hands of the police. He never attempted to press charges, he said, because there were no witnesses.

John detailed in his email a litany of other injustices he experienced over the years, and the losses he endured, many involving the police and an inequitable legal system. These events had a profound effect on his mental and physical health and contributed to a depression that ultimately led to a suicide attempt.

“I became invisible once again in the society that I would die for,” John wrote. “There was no justice for me and my soul had no peace.”

As Jews – especially as Jews in Pittsburgh – we know too well what it means to be marginalized in this world by those who view us as less than.

We may differ in our political leanings, but it is incumbent upon all of us to acknowledge the pain and realities of discrimination against people of color and to take action to help reverse the dangerous trajectory of racism in America. We may not agree on how best to accomplish that, but shame on us if we do nothing.

Sometimes we get lost in the rhetoric, in the theoretical, finding ourselves drowning in the discomfort or anger that simmers when we read or hear particular views that don’t align perfectly with our own or that deviate from the talking points of our various echo chambers.

I hope we can move beyond that and not lose sight of the bigger picture, a picture comprised of the painful stories and very real demoralizing experiences of countless individuals.

We may disagree on the act of protesting, on the role of police, on particular politicians. But as a community, let each of us commit to making things better, one way or another. PJC