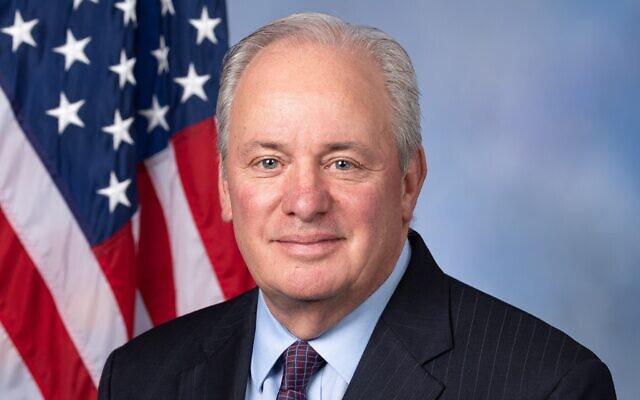 Rep. Mike Doyle (D-District 18) signed on as a co-sponsor of the Two-State Solution Act, intended to “preserve conditions for, and improve the likelihood of, a two-state solution that secures Israel’s future as a democratic state and a national home for the Jewish people, a viable, democratic Palestinian state, [and] an end to Israel’s occupation of the Palestinian territories,” the bill’s summary states.

Referring to “Israeli settlements as an obstacle to peace,” the bill prohibits the United States from providing support for projects in areas that came under Israeli control after June 5, 1967. It also prohibits the use of any “U.S. security assistance, defense articles, or defense services provided to Israel for efforts to annex or exercise permanent control over any part of the West Bank or Gaza.”

The bill, if passed, will terminate the designation of the Palestine Liberation Organization as a terrorist organization, and restriction of its activities, if the president certifies that the PLO has ceased supporting terrorist actions and met other conditions.

The bill further provides that goods “produced in the West Bank or Gaza that are imported into the United States must indicate those areas as the country of origin on their labels,” and expands the scope of “foreign and development assistance to foster initiatives, including shared educational opportunities and youth activities, that connect Israelis and Palestinians.”

“This urgent legislation takes meaningful steps to redirect US policy toward promoting peace, ending the occupation and reversing the steps President Trump took to empower the far-right settlement movement — and I’m so proud that we can now count Representative Doyle as a supporter,” Zach Spitz, the J Street advocacy coordinator for Doyle’s office, said in an email to supporters.

Doyle’s office did not respond to requests for an interview about the bill. He is not running for reelection and will retire at the end of his term. PJC