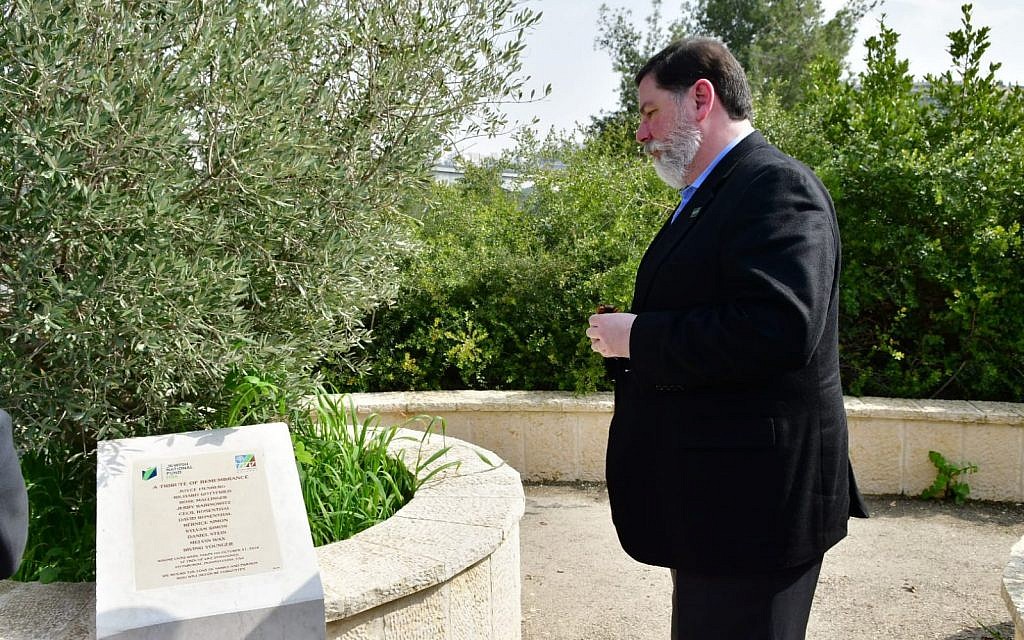 Mayor Bill Peduto visited Israel and honored the memory of those lost on Oct. 27. Photo by Rafi Ben Hakun, KKL-JNF

The afternoon of Oct. 27, 2018, I sat in the Jewish Community Center in Squirrel Hill with a handful of community leaders trying to absorb the horror that had occurred a few hours before at the Tree of Life building. Shortly after assembling, Mayor Bill Peduto and his chief of staff, Dan Gilman, entered the room. Both were visibly shaken, and the mayor, with tears streaming down his face, declared that he would put all his efforts into keeping our community safe and that he would “be there with us.”

And he kept his word.

Along with the public safety director, Mayor Peduto ensured there was adequate security at all of the funerals and shivas that followed. After all, this atrocity happened in his neighborhood as well.

Since that day, I have watched Mayor Peduto’s actions and policies align closely with traditional Jewish values. He has enacted bold gun control legislation, which included banning assault weapons (pikuach nefesh, saving a life). The National Rifle Association sued to reverse that decision, and that case is now being litigated in the courts. He also declared Pittsburgh as a sanctuary city, suing the Trump administration on its restrictive immigration policies (b’tzelem Elohim, welcoming the stranger).

Mayor Peduto is a staunch advocate for fighting climate change, and has recently announced that the city will be carbon neutral by 2050 (replenish the earth). He has led the city out of financial distress in a fiscally responsible way. He is committed to improving the aging and sometimes crumbling physical infrastructure in our city.

Mayor Peduto has long-established relationships with leaders in the African American and other minority communities. Through these relationships, he is committed to working in collaboration to create equality for all residents of Pittsburgh.
During Mayor Peduto’s tenure, Pittsburgh has become a hub for major tech firms and a home to many tech start-ups. Self-driving cars from Uber, Argo AI, Aurora and others are now traveling Pittsburgh’s roadways. Mayor Peduto signed an executive order mandating that those firms testing self-driving cars adhere to stringent testing regulations.

The City of Pittsburgh is a much better place due to the efforts of Mayor Bill Peduto. As a native, he honors the past of our great city. As a leader, he has great visions for the future. Most importantly, he wakes up every day with great passion for the city that he has led for the past seven years. I heartily endorse him as the Democratic candidate for mayor and for another four-year term. PJC

Meryl Ainsman is the immediate past chair of the Jewish Federation of Greater Pittsburgh.