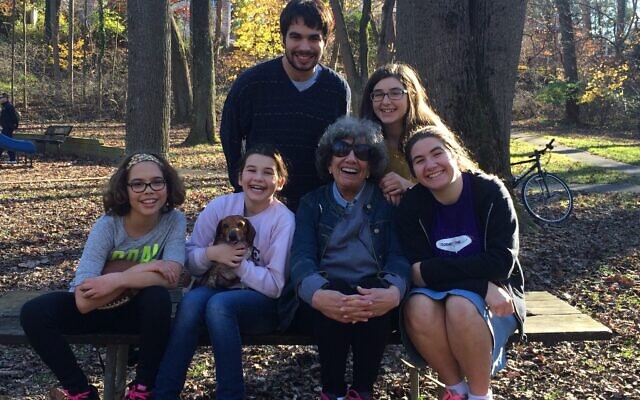 Members of the Sisterhood of Rodef Shalom gathered Sunday on Zoom to memorialize Marla Perlman — a teacher, community organizer, social worker and Shadyside volunteer known for her Rodef Shalom movie nights and adult Purim services.
Perlman died Dec. 21. She was 84.

“She was a strong person,” member Terry Starrett offered. “She was always so strong and ‘This is who I am!’”

“Headstrong, determined,” laughed member Marilyn Asimov, who’s volunteered for the Sisterhood for 18 or 19 years. “I mean, she was a bit of a pit bull at times.”

Perlman grew up in Wisconsin but spent most of her adult life in Pittsburgh. She received a bachelor’s degree in education from the University of Wisconsin and a master’s in social work from the University of Pittsburgh. She was a teacher in her early adult life and later served as a volunteer coordinator at Woodville State Hospital, a now-shuttered facility in Collier Township.

“She grew up in Milwaukee and I think this idea of community building comes from her parents, who were involved in their Jewish community,” said her son, Rabbi Jonathan Perlman, who leads New Light Congregation in Squirrel Hill. “In those days, it was very important to make money and live well. But, if you wanted status, you’d also volunteer and get involved in the Jewish community. My grandparents didn’t have much but they were always involved.”

Perlman served on the board of the American Jewish Committee and worked tirelessly to drum up voter engagement as the chairperson of the Democratic Committee for Pittsburgh’s Seventh Ward, which includes Shadyside. She also volunteered and was influential in staging the Pittsburgh Jewish Film Festival. 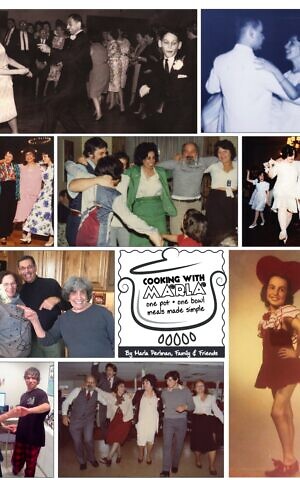 Cover of “Cooking with Marla” (Image provided by Susannah Perlman)
Perlman started the Pittsburgh chapter of the Wisconsin Alumni Club and, along with Barbara Shore, started the support group Single Women in Mid-Life, and participated in Osher adult learning classes and taught a cooking class. (A cookbook, “Cooking With Marla,” is often referenced by friends as a key item in their kitchens.) She frequently vacationed with her family at the Chautauqua Institution in New York — which became a popular place for family reunions — and started the Friday night Kabbalat Shabbat service there.

She even responded to a Pittsburgh Public Schools strike in 1976 by opening a small school herself in a Unitarian church near her home.

“To this day, I don’t know how she did it,” friend Carole Cohen said. “I do know that my sons loved the little school and that it operated beautifully until the Pittsburgh Public Schools reopened. I do know that, thanks to Marla’s excellent organizational skills, our kids didn’t miss a beat. And I didn’t lose my job.”

Perlman attended the 1984 national Democratic Party Convention in San Francisco, where the party nominated Walter Mondale to challenge Ronald Reagan. She also was a fierce advocate for local politicians, vocally supporting the likes of Pittsburgh Mayors Richard Caliguiri and Tom Murphy. (Murphy, as a candidate, even attended the wedding of one of her daughters.)

Perlman was predeceased by her husband, Dr. Lawrence Perlman, and raised three children in Pittsburgh as a single mother.

“She became even more of an independent spirit after he passed,” said Abigail “Abby” Hoffman, Perlman’s middle child, who was 8 when she lost her father. “She was like that before — but she came out determined to forge her own path.”

“I think I took for granted that this is just what parents did — they raised their children and took the lead in their communities,” Jonathan Perlman told the Chronicle. “I didn’t know how she did it all … and after her children left, her volunteerism soared. She had a schedule for every single day. She just wanted to be very, very involved.”

Jonathan Perlman remembers holding up a sign outside a polling place in the rain for presidential candidate George McGovern in 1972. Susannah Perlman, his younger sister, was 3 at the time.

“Believe me,” Susannah Perlman said, “if I could’ve walked, she would’ve given me a sign, too.”

The interest in politics continued into the next generation. Perlman introduced her granddaughter, Tova, to President Bill Clinton during his 1996 reelection campaign. She was 1 at the time, so the elder Perlman collected photographs of the moment – a handshake — and wrote passages about the day, eventually gifting Tova a custom-made book on the encounter.

“She was always very creative and thoughtful about her gifts,” said Tova Perlman, Jonathan Perlman’s daughter, who studied at the University of Pennsylvania and lives in Philadelphia. “She was always just looking around her and the community she was part of and thinking of how to make it better.”

In Shadyside, Perlman advocated for the replacement of bars on Walnut Street with higher-class retail, which gives the neighborhood its unique flavor today.

“She kind of changed the neighborhood around her,” Susannah Perlman said. “I think there was something about Pittsburgh she really loved. Her neighbors just lifted her up [and] she kept going up that hill, no matter what.”

“I thought she would’ve made a good Supreme Court justice — she asked a lot of questions,” he laughed. “After 20 minutes of interrogation, she said, ‘I like you. You’re better than the last one!’”

Family members and friends described Perlman as a strong-willed woman who was passionate about protecting — and loving — her kin.

“We had a very, very, very close relationship,” said Abby Hoffman, who lives and works in Silver Spring, Maryland. “She was really, really good with children and just had a knack for working with all types of children, reaching them. She was the kind of grandparent who’d get on the floor and play with her grandchildren.”

“No matter how busy we were, she also always wanted us to be home Friday night for Shabbat dinner,” she added. “She was a person who had a really full zest for life … just all around, she was a person who wanted to get the most of life.”

Perlman, above all else, “was really into bringing people together,” her grandson, Josh Hoffman, told the Chronicle, “whether that was her family, at events, or evening during the movies at Rodef Shalom.”

“She was very family-oriented,” Allan Hoffman said. “And she was the glue that kept the Perlmans very close.” PJC