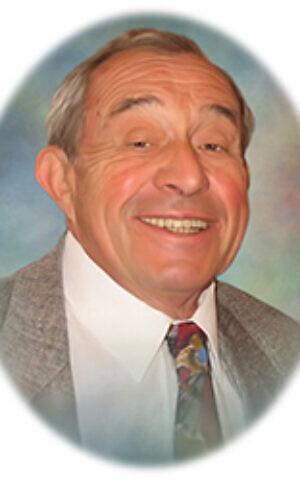 ROSENBAUM: Dr. Malcolm Kauffman Rosenbaum, 94, of Granada Hills, California, formerly of Washington, Pennsylvania, died Monday, Dec. 20, 2021, in the Encino Hospital, Los Angeles, just shy of his 95th birthday on January 15.
He was born January 15, 1927, in Altoona, Pennsylvania, a son of the late Milton and Lillian Kauffman Rosenbaum, and nephew of Sylvia Kauffman. His grandfather, Joseph Kauffman, was one of the founders of Beth Israel Synagogue in Washington in 1891 where Dr. Rosenbaum had his bar mitzvah in 1940.
Growing up in Washington, Pennsylvania, Dr. Rosenbaum graduated from Washington High School and Washington and Jefferson College. He joined the U.S. Navy as a corpsman during WWII before matriculating at the University of Virginia Medical School. After graduating the University of Virginia, Dr. Rosenbaum moved to Los Angeles where he did his residency at VA hospital. Meeting his wife at the time, Esther Lee, Malcolm stayed in Los Angeles where he practiced medicine for 45 years. A distinguished physician, Dr. Rosenbaum was the chief of staff of Valley Presbyterian Hospital in Van Nuys, California, in 1978. He also served on the faculty of UCLA Medical School as an adjunct professor. In 2000, Dr. Rosenbaum retired and spent the next 10 to 15 years traveling with his companion Virginia Bass.
In addition to practicing medicine, Dr. Rosenbaum was very active in many progressive and social justice causes. In the spirit of the Jewish tradition of tikkun olam, Dr. Rosenbaum’s mission on earth was to improve the world, whether it was volunteering his time as a physician or financially contributing to progressive causes. He also had many hobbies. He was a great athlete, playing tennis, golf, swimming, jogging, biking and even hitting 70-mile-an-hour fast balls at a batting cage at the age of 72! As a self-admitted “liberal” he loved to follow politics and through his life remained an avid fan of the Pittsburgh Steelers and Pittsburgh Pirates even though he moved to L.A. in 1955.
Surviving are two sons, Jeff Rosenbaum (spouse Sheliya Rosenbaum and son Ryan) from Santa Barbara, California, and Craig Rosenbaum (spouse Barbara Vogel and daughter Leah) of Chicago, Illinois.
Although Dr. Rosenbaum moved to Los Angeles more than 65 years ago, his heart and soul has always been in Washington, Pennsylvania. His wish was to have his final resting place in Washington, Pennsylvania. Services were held at 10 a.m. on Friday, December 24, 2021, in the Piatt and Barnhill Funeral Home, 420 Locust Avenue, Washington, with Rabbi David Novitsky officiating. Interment followed in Beth Israel Cemetery, Washington. Donations can be accepted in Dr. Rosenbaum’s memory to Washington and Jefferson College. Online condolences may be expressed at piattandbarnhillfh.com. Piatt and Barnhill Funeral Directors, Inc., Charles R. Piatt, owner/supervisor and Andrew C. Piatt, director. PJC