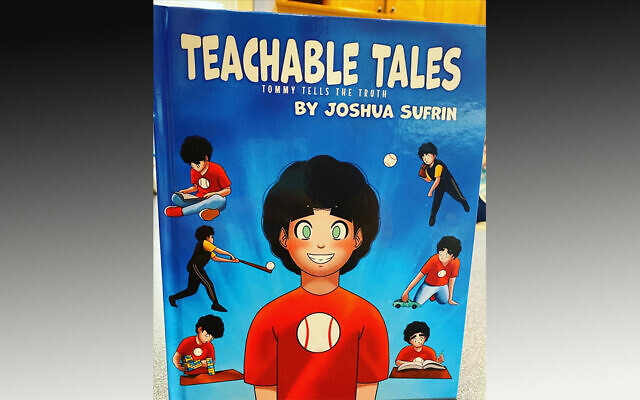 For Josh Sufrin, coming up with an idea of what to write about is the easy part.

“My dad told me a lot of stories when I was younger, childhood stories that stuck with me for a long time,” according to the local author.

Sufrin has used one of those stories as the basis of his new children’s book, “Teachable Tales: Tommy Tells the Truth.” The book is the tale of Tommy, a child who lied about a bad grade and was punished for his actions. He soon learns the value of telling the truth, even if it seems scary.

“Tommy Tells the Truth” is the first in what the Jewish writer envisions as a five-part series.

“The first book is a dedication to my father, but I plan on dedicating each new book to someone in my life,” said Sufrin, adding that some of those people have even become characters in the series.

In fact, Sufrin said the main character in his first book bears more than a passing resemblance to himself, “which is funny enough,” he said. “It adds a personal sense to the story.”

The book is illustrated by Jack and Sydney Ware and is available online at Amazon, Target and Barnes & Noble. PJC