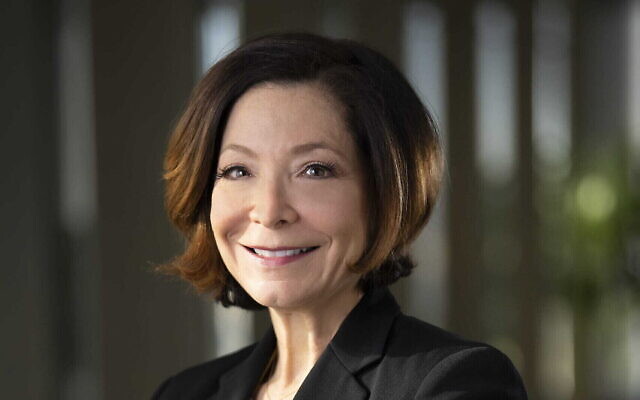 Fox Chapel Jewish resident Leslie Davis was named president and CEO of UPMC, effective Aug. 1, following a unanimous decision by UPMC’s board of directors on July 28.

Prior to joining UPMC, Davis was president of Graduate Hospital in Philadelphia, part of Tenet Healthcare Corp. She began her career at Mt. Sinai Medical Center in New York City, serving as an assistant controller. She then spent 13 years in various positions at Thomas Jefferson University in Philadelphia, including vice president of clinical affiliations and ambulatory programs. Following her work at Thomas Jefferson University, she served as chief operating officer of Presbyterian Medical Center and the Hospital of the University of Pennsylvania, as well as the chief marketing and planning officer for the University of Pennsylvania Health System.

Davis, in a prepared statement, said she was honored to lead UPMC and work alongside so many dedicated professionals.

“I am confident in our organization’s future and look forward to continuing to serve our patients, our members, our employees and our communities as UPMC soars to even greater heights in the future,” she said. “I look forward to continuing to ensure that health care is accessible and affordable to our communities while driving innovation, employee engagement, academic excellence and research across all of our hospitals and practices.”

Davis replaces outgoing president and CEO Jeffrey A. Romoff, who in his 48-year span with the organization led UPMC to become the largest non-governmental employer in Pennsylvania and a fully integrated $23 billion global integrated health care delivery system.

“Under Jeff’s leadership, UPMC has provided excellent and unmatched health care across our tri-state service territory and internationally,” Beckwith said in a prepared statement. “He has led UPMC in developing new models of care and supported advanced research that has benefited our patients. Jeff’s contributions are numerous in helping to build UPMC into the global health care leader that it is today.”

Romoff said he was proud to have served the organization for so many decades.

“We are now in a well-earned period of stability and success, having overcome challenges and grown into a fully integrated health care system,” Romoff said in a prepared statement. “We now have a clear path to continue UPMC’s extraordinary and unique trajectory with new leadership.”

Praising the board’s choice of Davis as his successor, Romoff said, “It has been clear to me for quite some time that Leslie has the right skillset to lead the organization forward. I am confident that she will continue UPMC’s track record of success as CEO.”

According to UPMC, Romoff will be named president emeritus and continue to serve as a resource to Davis and UPMC until Oct. 1, 2021.