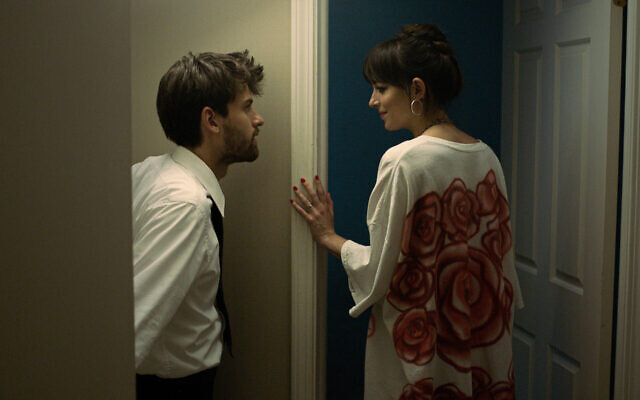 JFilm is returning to Pittsburgh — but things look a little different this spring.

After two years of being thwarted by the pandemic, Film Pittsburgh’s signature Jewish-themed film festival will return in person for the first time since the spring of 2019, organizers said.

Films also will be available to view online.

The festival runs from April 28 to May 8 at the AMC Waterfront theater in West Homestead and online at FilmPittsburgh.org. A full slate of films will be announced, and tickets will go on sale on April 7.

“It’s really exciting,” she added. “We have a really wonderful, loyal audience. It’s exciting for me to think about seeing everybody again. I really enjoy talking about these films and that’s something we couldn’t really do last year or the year before.”

Film Pittsburgh already has announced two films that will be screened at JFilm.

The opening-night film is “Cha Cha Real Smooth,” which was filmed in Pittsburgh and follows 22-year-old Andrew as he begins working as a party starter for b’nai mitzvot, Spitz Cohan said. Set to premiere on Apple TV+ on June 17, “Cha Cha Real Smooth” was written, directed, produced and co-stars Cooper Raiff. The Sundance award-winner will be screened at AMC Waterfront on Thursday, April 28.

The festival’s “centerpiece film” is the worldwide premiere of “Repairing The World: Stories from the Tree of Life,” which will be screened in person at the AMC Waterfront on Thursday, May 5, Spitz Cohan said. The documentary tells the stories of survivors of the deadliest antisemitic attack on U.S. soil, as well as family members of survivors, and Pittsburghers who united to show what it means to be “stronger than hate.”

That screening will be followed by a question-and-answer session with the film’s director.

The JFilm festival, which turns 29 this year, will feature 18 films — three of them screened in person and the rest available online — along with filmmaker question-and-answer sessions, the chance to talk shop during online “Film Schmoozes” supported by the University of Pittsburgh’s Jewish Studies department, and more, Spitz Cohan said.

Though Film Pittsburgh occasionally is backed by grants, Spitz Cohan said the largest contributors to JFilm are individuals. The show’s attendees are fiercely loyal and very supportive.

“The Jewish community really supports this festival, and has for many, many years,” she said.