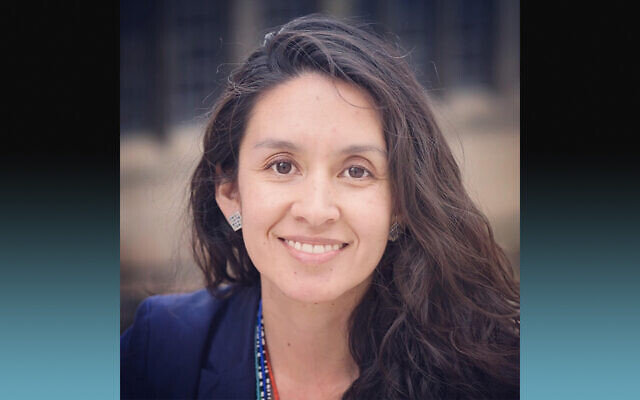 For the first time in over a decade, Jewish Family and Community Services is welcoming a new director of Refugee & Immigrant Services.

Ivonne Smith-Tapia, a native Colombian and former JFCS intern, is set to take the reins from current director Leslie Aizenman, who is retiring after 19 years with the nonprofit.

Smith-Tapia, a former cultural anthropologist who worked with the government and international nonprofits in her home country, has lived in Pittsburgh with her husband since 2013, following a stint in Chicago. They have a 17-month-old son.

Smith-Tapia said her own experiences as a new immigrant motivated her to work with JFCS.

Smith-Tapia will oversee a department that has shifted focus and grown during the leadership of Aizenman, who began working with JFCS in 2003 as a grant writer. In 2008, Aizenman became the Refugee & Immigrant Services director. At that time, the agency was primarily assisting Jews coming to Pittsburgh from the former Soviet Union. Now, the department helps immigrants and refugees largely from Southeast Asia and Latin American countries.

Aizenman said that with its new focus, the agency’s responsibilities — and its staff — have swelled.

“Initially, I went to the airport, I helped set up the apartments,” Aizenman said. “Now, we have a staff of 21 and they’re going to be hiring more, plus interns, plus volunteers. It’s big.”

As JFCS’ services grew, it had to build infrastructure where none previously existed. Aizenman noted that the new refugees had different skill sets and life experiences than the Jewish refugees and required some different services, such as translators.

“We were really advocating,” Aizenman said. “We had some champions in the Department of Human Services.”

Eventually a five-agency partnership — ISAC (Immigrant Services and Connections), headed by JFCS — was created. The collation includes Casa San Jose, Literary Pittsburgh, Family and Immigrant Connections of the Allegheny Intermediate Unit and South Hills Interfaith Movement (SHIM), according to Aizenman, who called the partnership a “game-changer.”

Pre-COVID, JFCS representatives visited clients in their homes, but since the pandemic meetings have shifted to drop-in office hours, Aizenman said. The agency assists with everything, from showing the new immigrants what junk mail is — and letting them know it can be thrown away —to reading letters sent home from school to assisting starting small businesses.

“What I’ve loved about my 13 years in this role is that I’ve seen how difficult and lost they can be when arriving, to where they buy their first car and first home, to kids graduating from medical school, even starting their own businesses,” Aizenman said.

She’s committed to working with Smith-Tapia for the next month and passing along the knowledge she’s acquired.

Smith-Tapia already has been serving the refugee and immigrant communities in the city through coordinating various community-based projects and developing personal and professional ties. She has worked with the All for All Coalition, an action-oriented collaborative network that aims to advance immigrant inclusion, and she serves on the board of Casa San Jose, a Latino immigrant resource center.

“She has been a catalyst in establishing many, many projects for our foreign-born neighbors,” he said, noting that when Aizenman announced she would be stepping down, he knew the agency would miss her.

Smith-Tapia has the exact background and personality to be successful in her new role, Golin said.

“She’s incredibly bright, she’s a true leader,” he said. “She’s an accomplished professional. She’s passionate about improving the lives of refugee and immigrant families. She strongly believes in the power of the collaborative and multiagency efforts. She’s also someone who takes what she’s learned through her own personal experience of being an immigrant and she applies it to her work with others.”

JFCS will celebrate World Refugee Day virtually on June 20 (the actual date of the holiday is June 18) as part of Immigrant Heritage Month.

Looking back over her tenure, Aizenman said the Pittsburgh Jewish community has provided her with a sense of pride.

“The Jewish community stays involved,” she said. “There are barely any Jews coming, but [resettling immigrants] is a Jewish thing to do. It’s really something I’m passionate about. I went after it with my whole heart and sunk everything into it. It’s so meaningful. It’s just unbelievable.” PJC