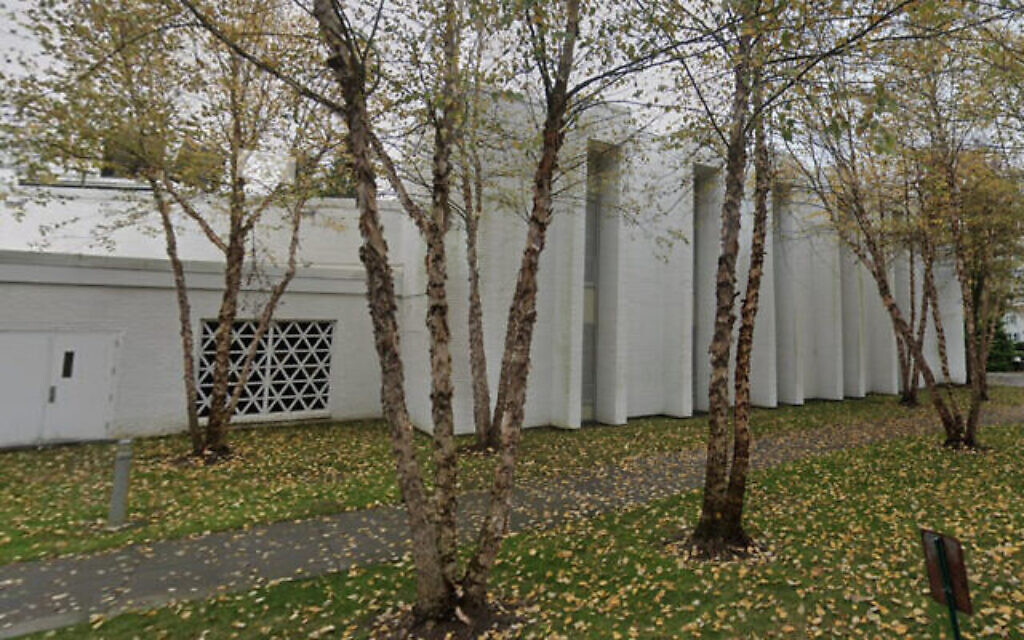 As far as Jessie Sander is concerned, she’s being persecuted for her “political beliefs.” She was hired by the Westchester (New York) Reform Temple last July but was fired 15 days later after the synagogue leadership was made aware of a blog post she co-authored a few months earlier when the Hamas terrorist group was raining down hundreds of rockets and missiles on Israeli towns and cities. Titled “israel [sic] Won’t Save Us: Moving Toward Liberation,” it contained a litany of lies and libels directed at the Jewish state, whose name the bloggers refused to capitalize.

It spoke of the duty of “white American Jews” to support Palestinian liberation and rejected the right of the 7 million Jews of Israel to self-determination in their ancient homeland as “racism.” Ignorantly declaring that Zionism was alien to Judaism, it also opposed all American aid to Israel. The article also repeated the “apartheid state” smear, and falsely accused Israel of committing “genocide” and “state-sponsored murder.” As if that wasn’t enough, it then repeated the anti-Semitic blood libel invented by Jewish Voice for Peace claiming that the Jewish state is training U.S. law enforcement personnel to murder African-Americans on the streets of American cities.

Nevertheless, in an article about Sander’s lawsuit to get her job back, The New York Times characterized this litany of conspiracy theories and lies in a feature about her plight as merely a case that was about “a Jewish teacher” who “criticized Israel.”

The notion that a person capable of spewing such bile at fellow Jews should be entrusted with the Jewish education of the children of families affiliated with this synagogue seems like the stuff of parody. But in the view of the Times, it was worth more attention that it routinely gives to violent attacks suffered by Jews in the Greater New York area. That this is so speaks volumes about the way the paper is influenced by its increasingly left-wing staff and far-left Jews like Peter Beinart, who are doing their best to legitimize anti-Zionism as a normal thing for respectable liberal American Jews to support rather than complicity with antisemitism.

Indeed, it puts the Times in the same camp as the radical Jewish Currents publication where Beinart is also affiliated. That online magazine featured an article about the supposed injustice dealt to Sander on its home page, alongside another piece in which the expulsion from Britain’s Labour Party of supporters of its anti-Semitic former leader Jeremy Corbyn was lamented.

Sander’s lawsuit is just as absurd. She has every right to say or write whatever she likes about Israel or the Jews but no right to be given a platform for her hate by Jewish institutions. For her lawsuit to succeed, the courts would have to rule that Jewish institutions have no First Amendment rights to religious liberty, which entitles them to hire only people who support the tenets of their faith. The point of her effort, supported by a letter signed by Beinart and several dozen other Jewish anti-Semites, is even more ambitious. It wants the courts to rule that their assertion that Zionism and Jewish ties to the land of Israel are not part of Judaism—something that no court in New York or anywhere else in the country is likely to do.

Still, this controversy shouldn’t be dismissed as nonsensical or irrelevant to Jewish life. On the contrary, it goes to the heart of the future of American Judaism. Just as ominous, it points to the way that anti-Semitic invective is being mainstreamed in the media.

Clearly, the Westchester Reform Temple failed to vet Sander before she was hired to work at its school. Sander may have also confused the willingness of the synagogue’s rabbi to criticize Israel harshly with a tolerance of her belief that it be eliminated.

The Reform movement is often deeply critical of Israel’s policies to the point where many of the Jewish state’s supporters believe that there is no distinction between its stands and those of anti-Zionists. While there may be some temples where this rings true, the movement as a whole, as well as the leadership of this synagogue, is still committed to Zionism.

As Warren Haber, the synagogue’s president, said in a letter to the Jewish community: “Strengthening our commitment to Israel and the Jewish people of all lands and working to establish understanding and commonality among the various expressions of Judaism” is integral to its “religious mission.”

The Reform movement is also deeply invested in the politics of the left on a host of issues. That means it is going to find itself increasingly drawn into these sorts of conflicts because of the growing support for intersectionality and critical race theory among the leftist base—both of which legitimize anti-Semitism—of the Democratic Party. The acceptance of the idea that Israel is an expression of “white privilege” against which people of color and their supporters are bound to struggle is becoming normative among many liberals. Left-wing Democrats like the members of the congressional “Squad” led by Reps. Alexandria Ocasio-Cortez (D-N.Y.) Ilhan Omar (D-Minn.) and Rashida Tlaib (D-Mich.) have made anti-Zionism and support for the anti-Semitic BDS movement fashionable in some quarters. With many, if not most, Reform Jews seeing their faith as largely bound up with liberal politics, it was inevitable that the debate within the Democratic Party about Zionism would spread to their communities as well.

The Westchester Reform Temple’s decision to fire Sander makes it clear that many liberal Jews understand the difference between being critical of the Jewish state and its government’s policies, and Zionism itself. Sander’s position wasn’t a critique of the settlement movement or advocacy for a two-state solution that Palestinians don’t even want. It was a pure expression of hatred for Israel that was fully in line with the worst of anti-Semitic propaganda being spewed by those who, like her, seek its destruction.

There are some who argue that Jewish communities must tolerate arguments like hers because they are in accord with the views of a growing number of young Jews who have been influenced by the drumbeat of delegitimization of Israel that often crosses over into anti-Jewish hatred. They argue that in order to stay relevant with youth culture and with that of the intersectional left that is playing a growing role among Democrats, people like Sander should be welcomed rather than rejected.

That makes sense to people who see inclusion as the highest value to which a Jewish community can aspire. But while a big tent is, in theory, a good thing, a Jewish community that is willing to treat anti-Semitism as a legitimate point of view, as long as it is expressed in terms that sound familiar to liberals, is one that stands for nothing. And a community that stands for nothing has no future, no matter the age of its members. That’s why there can be no room in any responsible Jewish community for those who spread blood libels against Jews, even if, like Sander, they claim to do so in the name of tikkun olam, social justice or a vision of progressive Judaism.

Jessie Sander’s firing is more than an appalling though minor incident that the left is trying to inflate into a major controversy. It’s part of a campaign to do away with religious freedom. It’s also a battle for the soul of the Reform movement as well as of American Judaism. PJC

Jonathan S. Tobin is editor-in-chief of JNS (Jewish News Syndicate). Follow him on Twitter at: @jonathans_tobin. This piece first appeared on JNS.