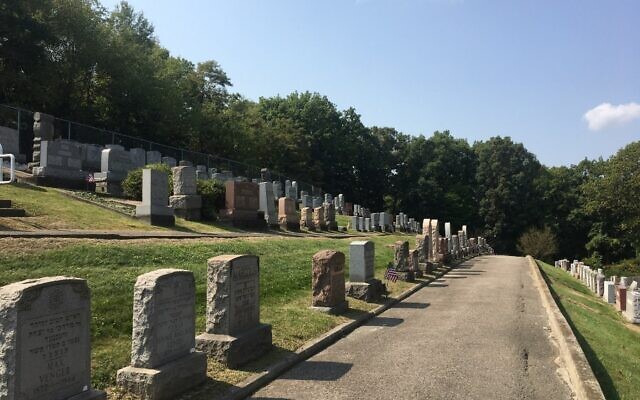 The Jewish Cemetery and Burial Association of Greater Pittsburgh (JCBA) is setting its sights big for 2021.

The organization, founded a generation ago, is fresh off a 2020 reorganization spurred on by the Jewish Federation of Greater Pittsburgh and has recently acquired 10 new cemeteries to manage or help manage. That roughly doubles its current total of cemeteries managed or overseen to 21 parcels throughout Western Pennsylvania.

“We’ve welcomed so many new gifts at many levels and the community is really taking the critical issue of protecting these sacred grounds very seriously,” Rudel told the Chronicle. “People are increasingly sensitive to the importance of our mission.”

That especially seems to be the case in the series of “small but mighty” communities that ring Pittsburgh, many of whose Jewish communities have dwindled or disappeared, JCBA leaders said.

“That’s an area of Pennsylvania with more graves and less Jews than anywhere in the state,” Rudel said.

Harvey Wolsh served as president of the JCBA from 1997 to 2003. He recently came back on board as president to help lead the organization in its newest growth spurt.

“I have to commend the Jewish Federation — they were the organization that fueled the transition to what JCBA has become,” Wolsh said. “You have to give credit to them for realizing these cemeteries need proper care.”

Wolsh doesn’t seem to draw a hard line between big details and the small ones. In 2021, he said, he wants the JCBA to focus on maintaining the infrastructure of existing and potentially new sites, everything from burial plots to pathways for visitors.

“This is a fast-moving organization,” he said. “We’re going to be moving pretty quickly into 2021.” PJC