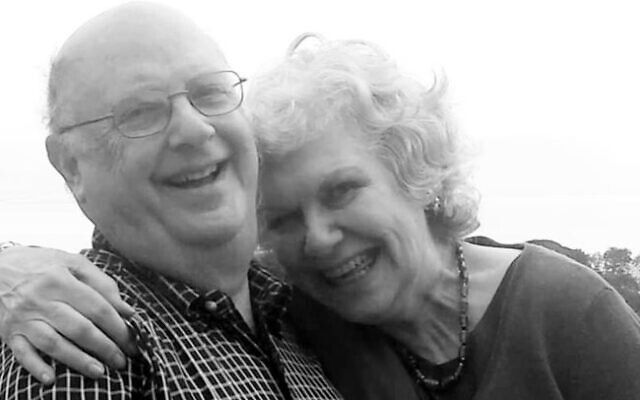 Janet Engelhart Gutterman, a former Pittsburgh resident who went on to become one of the first women to lead a regional Jewish Federation chapter, has died. She was 74.

Gutterman, a native New Yorker who left her adopted home in Pittsburgh 20 years ago to head the Jewish Federation of Rhode Island, died May 13 after a 22-month battle with pancreatic cancer.

Gutterman was born in Bronx, New York, on Aug. 22, 1946, the daughter of Bernice and Milton Hess. She earned her undergraduate degree at Hofstra University and started a career as a second-grade teacher in New Jersey. She then moved to Pittsburgh and earned a master’s degree in early childhood development from Duquesne University. A single mother at the time, she raised her daughter, Allison Spielman, in Greenfield, her husband, Rabbi Leslie Y. Gutterman, told the Chronicle.

Gutterman made a lasting impact in communal Jewish circles in Pittsburgh. A strategic planner and planning director for the Jewish Federation of Greater Pittsburgh, Gutterman won national awards for her work resettling refugees from the former Soviet Union in the 1990s.

“There was a real glass ceiling — and she was recognized for her leadership,” said Rabbi Gutterman, who retired from the bima of Temple Beth-El, a large Providence, Rhode Island, congregation, five years ago. “She did a wonderful job when she was here. She did record revenue raising for Israel … and she was recognized as someone who acquitted themselves with excellence.”

Howard Rieger, who led Pittsburgh’s Jewish Federation before becoming president of the Jewish Federations of North America in 2004, first met Gutterman when she was the professional head of the Westmoreland Jewish Community Council in Greensburg.

“Janet immediately impressed me with her professional skills — a great listener, a compassionate individual who expressed empathy for others, an ability to focus on one person as if they were the only person in the room,” Rieger told the Chronicle. “When Janet became the CEO of the Federation in Rhode Island in 2000, she was the only woman executive in the group of the 40 largest Federations. While that has always been a shortcoming of the field, I am proud to say that one of our own took on that leadership role and set an example for others to follow.”

After moving to Rhode Island, she met Rabbi Gutterman and worked to build connections between her daughter and his children from a previous marriage.

“She really created a new family for us,” Rabbi Gutterman said. “Her last years were very fulfilled and happy.”
In Rhode Island, Gutterman also served as a docent at the Rhode Island School of Design Museum, and thrilled at the opportunity to introduce children to art.

“She touched so many people,” Rabbi Gutterman said. “But the theme was her smile. She had a smile that brought people to her …. She was a community builder and there was a sweetness to her.”

Brian Eglash, now the senior vice president and chief development officer at the Jewish Federation of Greater Pittsburgh, remembered that sweetness. She hired him as an assistant planning director — his first job outside of Israel — in 1997.

“Janet was the most incredible mentor to me,” Eglash told the Chronicle. “The way she spoke to you, she was so nurturing and engaging. She taught me so much about how to be a Jewish community professional.”

At the Pittsburgh Federation, Gutterman played key roles in strategic planning that steers the organization to this day, as well as the creation of the Jewish Agency on Aging (JAA), and the establishment of Partnership 2000, which bridged Pittsburgh with sister city Karmiel and sister region Misgav in Israel, Eglash said.

In her later years, Gutterman took up painting, and continued expressing her love of flowers, her husband told the Chronicle.

“To the end, she had warm feelings toward the community in Pittsburgh,” Rabbi Gutterman said. “She was a star.”

Funeral services were private. The family requested that donations made in Gutterman’s memory be directed to Temple Beth-El in Rhode Island. PJC