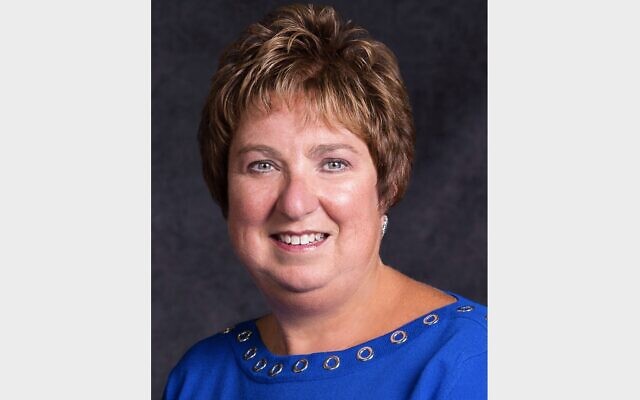 Leadership changes are underway at the Jewish Association on Aging.

After 10 years as the organization’s CEO, Debbie Winn-Horvitz will transition to the newly created position of chief strategy officer.

Louis Plung, chair of the JAA’s board of directors, praised Winn-Horvitz’s contributions.

“Debbie has had a dramatic, lasting impact on the care we provide for seniors and has brought innovation and stability to our continuum of care,” Plung said in a prepared statement. “Her new role allows her to take the time that she is currently seeking to care for her aging parents, while we continue to tap her expertise on strategies that will impact our future.”

Winn-Horvitz said she is looking forward to focusing her efforts exclusively on strategy.

“It’s both exciting and gratifying, because things in health care have been changing at such a rapid pace, and I have been spending more and more of my time focusing on the strategy for the organization,” Winn-Horvitz told the Chronicle. “At the same time, I have aging parents who are in their late 90s who are both Holocaust survivors. I am so appreciative that I was able to reach this arrangement with Lou and the board that allows me to continue to focus on the strategy — but solely — while having the flexibility to care for my own aging parents, knowing that Mary Anne is running the operation day to day. And there is no better person to be doing that than Mary Anne. It’s the best of all worlds, so to speak.” 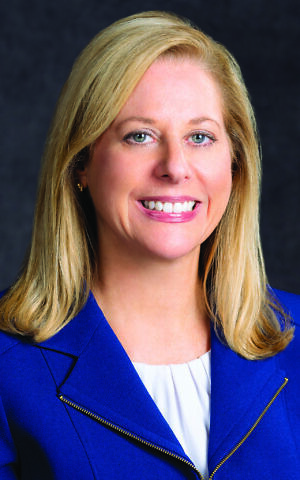 Debbie Winn-Horvitz (Photo courtesy of the Jewish Association on Aging)
While Winn-Horvitz’s parents live in Florida, she said she would continue to make her home in Pittsburgh. Her new position, she said, will allow her the flexibility to travel to help with their care.

During Winn-Horvitz’s tenure as CEO, the JAA opened AHAVA, a state-of-the-art memory care facility, and added other new programs, including the New Riverview affiliation, PT at the JCC, Care Navigator and HUD Service Coordination.

In addition to serving as JAA’s COO, Foley previously worked for the organization as its vice president of Home and Community Services, and executive director for Home Health and Hospice. She has been responsible for day-to-day operations of the JAA, including nursing and resident care, facility management, infection control, dietary services and pastoral care, Plung told the Chronicle.

The JAA voted “unanimously” and “enthusiastically” to promote Foley, Plung said, noting that in addition to her management skills, she is a certified nurse.

“She has been a real powerhouse,” Plung said. “Mary Anne was a natural choice. We’re real excited about this, and it’s a great opportunity for us to push the organization forward to our next few years.”

Foley is also a certified Pittsburgh Police Academy instructor in mental health and substance abuse, and is an advanced psychiatric nurse surveyor for the Centers for Medicare and Medicaid Services.

“I’ve been with the JAA for 10 years, and it seems like this is the next step in my progression with the organization,” Foley said. “I could not have asked for a stronger leader and mentor in this organization than Debbie Winn-Horvitz. This is just the natural evolution, and it makes the most sense because our partnership will be able to continue with me being in the role of CEO and her being in the strategic operating officer role. It’s the best of both worlds.”

Plung described Foley as a “doer,” often stepping in and working a nurse’s shift following a full workday handling her COO responsibilities.

“As COO, she was putting on PPE and giving vaccinations and doing things that were necessary,” Plung said. “We know with Mary Anne we have the type of person that knows the organization from the ground up and has the vision to take it to the next level.”

Plung said the board also is “enthusiastic” about Winn-Horvitz’s transition to chief strategy officer.

“Debbie had been spending a great deal of time on the strategy side for us,” he said, adding that in her new role she will be “looking at different models of care across the country — and actually across the world — looking at various ways of bringing the next iteration of delivering services to our seniors and our residents throughout the community here in Pittsburgh through the JAA.”

Winn-Horvitz said she will focus on new trends in senior services.

“One of the things we are hearing a lot about now is the housing-plus-services model, and we are going to be rolling out very shortly a program at the Riverview apartments that’s called the R3 program — Right Care, Right Time, Right Place,” she said. The program is in collaboration with Hebrew Senior Life in Boston, which co-developed the initiative along with Harvard University.

“For me to be able to focus not only on the trends that are out there that we can bring, but also the longer-term strategy for the organization — I’m thrilled to be able to do that,” Winn-Horvitz said.

Foley said her ultimate career goal has been “to develop and implement programs that provide quality services,” and intends for the JAA to continue to be a facility she would recommend to family members.

Acknowledging various challenges prevalent in the health care industry nationwide, she said the JAA will “continue to focus on the needs and the gaps and how we can continue to provide the services both within our buildings as well as out in the community.”

“I am up for the challenge,” Foley said. “I am confident it will be a very smooth transition.”

Foley and Winn-Horvitz together “are really very effective,” Plung said. “And what really excites the board and what excites both of them is the ability to continue this relationship.” PJC