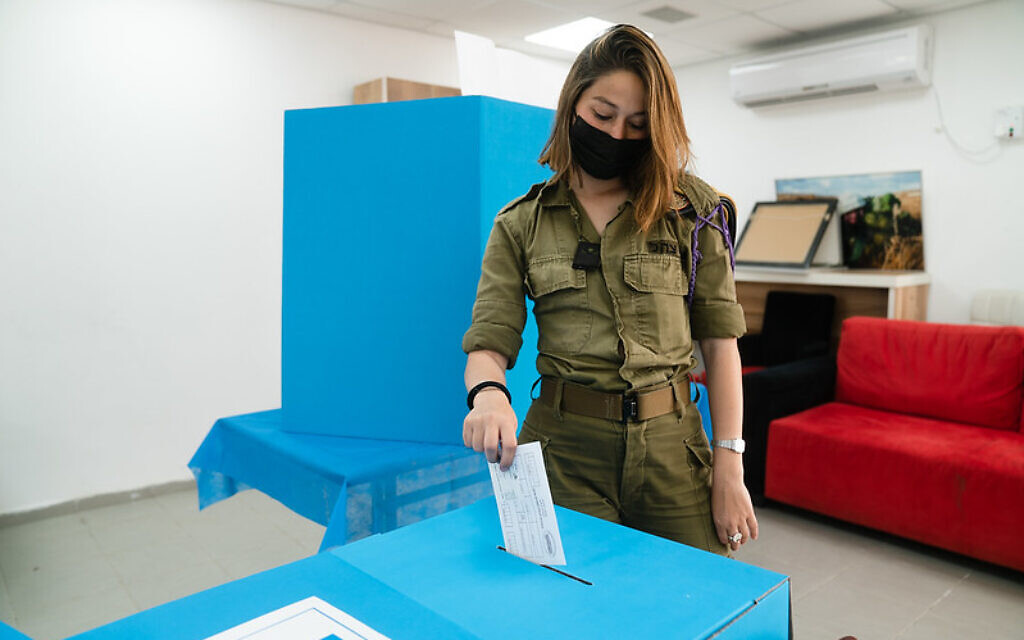 IDF soldiers and personnel throughout Israel went to to the polls to exercise their democratic right to vote. Photo by Israel Defense Forces via Flickr.

One week after Israel’s fourth national election in two years, the country remains in political gridlock. As in previous rounds, in addition to the traditional political, religious and national allegiance issues that that divide them, Israelis are profoundly divided over whether Prime Minister Benjamin Netanyahu should continue his longest-ever leadership of the Jewish state.

Pundits, prognosticators and politicians are having a field day. Scenarios abound with dizzying versions of potential political alliances and compromise possibilities. Yet, in the cold light of reality, most agree that a fifth election will be necessary.

In this fourth round of voting, Netanyahu and his right-leaning allies are again a few seats short of the necessary 61 needed to create a governing coalition in the 120 seat Knesset. And those opposing Netanyahu can’t do it, either.

While a likely fifth round is no more promising, there are several significant takeaways from last week’s results that could have a bearing.

First, of the 120 Knesset seats, 72 will be filled by right-wing or Orthodox MKs. This, of course, would be Netanyahu’s natural constituency. In the normal course, 72 seats held by such like-minded politicians would have little problem forming a right-wing government — hawkish, ultra-nationalist, pro-settlement and annexationist, with plenty of influence for the haredi parties. But right-wing leadership is divided over Netanyahu, who is on trial for corruption and has antagonized many of his former allies. That leaves right-wing politicians who oppose Netanyahu with nowhere to turn other than an unlikely grouping with small center and left-wing parties from the Tel Aviv Bubble, plus the largely Arab Joint List. That is very unlikely to happen.

Second, last week’s election was haunted by the ghost of Rabbi Meir Kahane, whose Kach party was banned from the Knesset for racism in 1988 and who was assassinated in 1990. Some of Kahane’s followers are leaders in the newly constituted Religious Zionist Party – an anti-Arab, anti-LGBTQ, anti-secular amalgamation, which secured a surprising six seats in the election. The prospect of that group being an essential part of the country’s governing coalition is frightening. Nonetheless, based on last week’s results, Netanyahu cannot form a majority coalition without them.

Third, the political influence of the Arab MKs has diminished somewhat. In the last election, the Joint Arab List became the third largest party with 15 seats. As a result, for the first time, Jewish politicians were talking about breaking the taboo of welcoming Arab MKs into the government. This time around, the Ra’am Islamist party split from the Joint List. Voter turnout was lower, Ra’am got four seats, and the Joint List fell to six MKs. Prognostication about Netanyahu courting Ra’am and actually getting them to join his coalition seems pretty far-fetched.

Fourth, so long as a new government is not installed, and if a fifth election is equally inconclusive, alternate prime minister Benny Gantz of the Blue and White Party will become prime minister in November under the terms of the current coalition agreement.

No system of democratic government is perfect, but something has got to change. Israel needs a clear, democratically elected government. The world moves too swiftly for Israel to be in limbo for so long. PJC