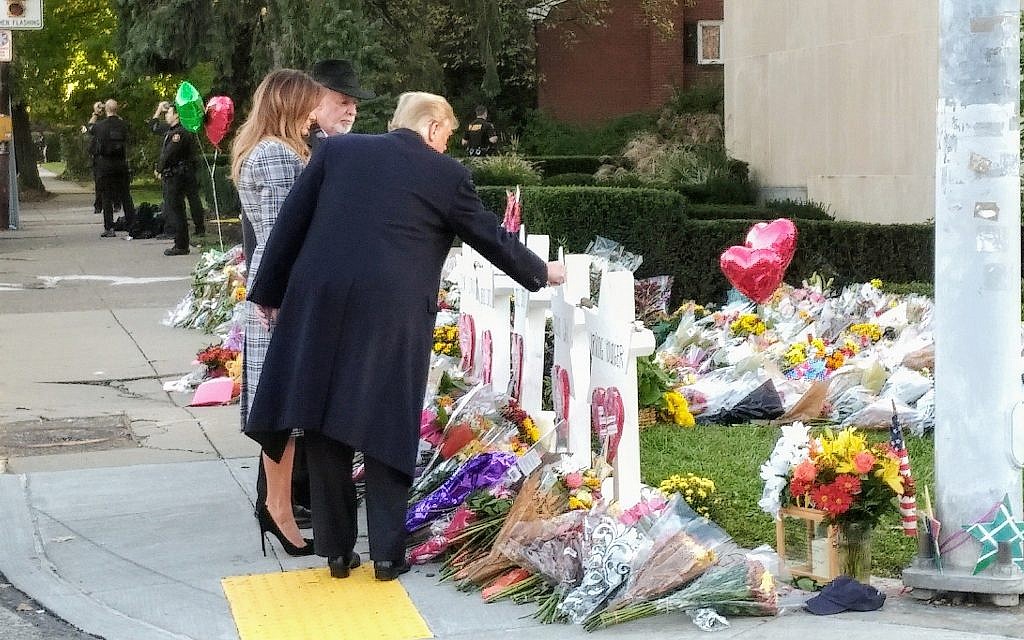 It has been over 11 years since I retired as president/CEO of Jewish Federations of North America, but for me, the instinct to act in the face of a crisis has never gone away.

Sometimes it was about raising money quickly to respond to an attack on Israel, the rescue and resettlement of Jews from the former Soviet Union, or to humanitarian crises such as Hurricane Katrina.

Sometimes it was to speak out, to go on record about critical issues that threaten our communities and our country.

When have Jews ever done well when civil society is under attack — when anti-Semites are leading the charge? Never. When have we not responded in such situations? I am sad to say, often.

When I became president of the Jewish Federation of Greater Pittsburgh in 1981, one of the first things that I did was to examine the minutes of board meetings from the mid-1930s to the end of World War II of one of our two predecessor organizations, the Federation of Jewish Philanthropies. Maybe it was the fact that my father’s entire family was wiped out at Auschwitz in May,1944, that drove me to do this.

The formal record shows that FJP, the domestic human service arm of the community, never recorded one conversation about the slaughter of European Jewry.

Not until 2020 did I get around to digging out the records of our other predecessor organization, the United Jewish Fund, then responsible for overseas fundraising. There was one meeting in the late 1930s highlighting the need to raise money to help Polish Jews deported from Germany, but no mention of the reason for the deportations. Additional brief discussions focused on requests that Pittsburgh raise additional funds for overseas needs in Europe and what was then Palestine, but no mention of why.

Fast forward to Oct. 27, 2018. No Pittsburgher needs to be reminded of the significance of that date, the worst attack on an American Jewish community in the history of our country.

What most Pittsburghers may have forgotten or perhaps never knew is what happened four days later, when President Donald Trump came to Tree of Life at the same time that a diverse crowd of thousands assembled just a few blocks away for a march through Squirrel Hill to promote unity in the face of hate.

The clarion call issued by organizers as a prelude to that march was a request that the president not come to Pittsburgh unless he denounced white nationalism. He refused and came anyway.

I had many conversations with individuals who thought pushing back against the president of the United States was inappropriate, even just days after a white nationalist killed 11 Jews and injured many others, Jews and first responders alike.

The president’s personal invitation to thousands of white nationalists, declared anti-Semites and fellow travelers to come to Washington on Jan. 6 for what he dubbed a “wild” rally, at which he and his team whipped them into a frenzy with legally debunked claims about his winning an election that he in fact lost, is the latest in a chain of events that include his trip to Pittsburgh for a photo op at Tree of Life.

His exhortations to that motley crew on Jan. 6 to march on the seat of our democracy in order to interfere in the process of certifying the election of the duly elected president was the inevitable conclusion.

The president’s culpability that led to the death of a Capitol Hill police office and rioters will be judged by those charged with doing so. But we must judge ourselves.

If we don’t learn from the past, we are doomed to repeat it. PJC