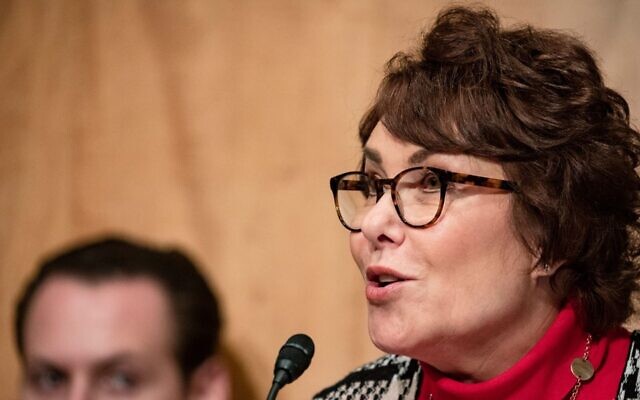 President Donald Trump signed the Never Again Education Act into law on Thursday, May 28, two weeks after it was unanimously approved by the U.S. Senate.

The law provides $10 million in funding for Holocaust education in American schools.

The House of Representatives passed the bill on Monday, January 27 with overwhelming support, in a vote that coincided with the International Holocaust Remembrance Day and the 75th anniversary of the liberation of the Auschwitz Nazi concentration camp.

The money will be administered over five years by the U.S. Holocaust Memorial Museum, which will disseminate curriculum materials in part through a centralized website.

“I commend my Senate colleagues for moving quickly to pass this bill to expand Holocaust education programming. We have seen the dangers of anti-Semitism firsthand in Pittsburgh, and we must work to combat religiously-motivated hate crimes and discrimination across Pennsylvania and our nation,” Sen. Bob. Casey (D-Pa.) said in a written statement to the Pittsburgh Jewish Chronicle. “Through education, we can use the teaching of history to eradicate modern-day anti-Semitism, racism and all forms of hate. I was proud to vote for this legislation to equip educators with the tools and resources they need to instill the meaning of ‘Never Again’ in their students.”

U.S. Rep Mike Doyle of the 18th District, which includes Squirrel Hill, was a co-sponsor of the bill in the House.

“I was proud to co-sponsor the Never Again Act and vote it into law,” Doyle told the Chronicle. “This bill provides resources for schools and teachers to help students learn about and really understand the Holocaust, so that nothing like it will ever happen again.

“The need for the Never Again Act is all too clear,” Doyle continued. “Anti-Semitism has been on the rise in the U.S. in recent years, including here in Pittsburgh – and it has hurt our community deeply. Hate crimes against the Jewish community are near historic levels – and that is simply unacceptable. We have to act now to reverse that dangerous trend. Making sure that schools provide an in-depth curriculum about the Holocaust is crucial to educating the next generation of Americans about the devastation that hate and intolerance causes. Only by doing that can we prevent history from repeating itself.”

Holocaust Center of Pittsburgh Director Lauren Bairnsfather called the law “a clear acknowledgment of the importance of Holocaust education.”

“What the new law does,” she explained, “is give funding to the United States Holocaust Memorial Museum to get their materials into the hands of teachers all over the country.”

Bairnsfather pointed out that the Holocaust Center of Pittsburgh has a good relationship with the USHMM.

“We’re always interested in funding for what we do locally because we know this is where the difference gets made,” Bairnsfather said.

Leading lobbying for the law’s passage were Hadassah and the Jewish Federations of North America.

Hadassah, noting reports of spikes in anti-Semitic attacks in the United States, said in a statement that the “stakes are so high for communities across America.” PJC

David Rullo can be reached at drullo@pittsburghjewishchronicle.org.
Additional reporting by Ron Kampeas/JTA.