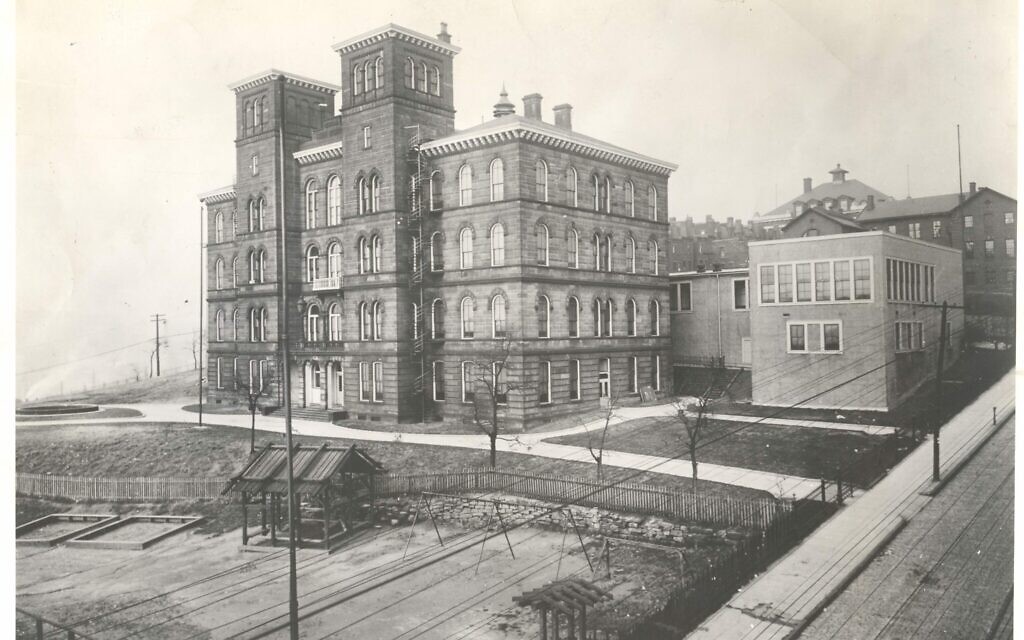 The old Central Hill School was located at the crest of Bedford Avenue, near the current site of the Energy Innovation Center in the Hill District. Willa Cather started teaching at the school in spring 1901. (Pittsburgh Public Schools Photographs, Detre Library & Archives)

Buying poultry is usually a one-step process. You grab a package from the store.

But not all that long ago, buying poultry was a two-step process for many people: you bought a chicken and then you dressed it, or you paid someone to dress it for you.

And for many Jews, it was a three-step process.

Between buying and dressing was slaughtering. You couldn’t just wring its neck. It had to be ritually slaughtered by someone who knew what they were doing — a shochet.

The stakes were high. Certain blemishes can make meat non-kosher.

Mayor Sophie Masloff once recalled such a moment from her youth in the Hill District, in the late 1920s or early 1930s. “When we brought a chicken to Rabbi Kochin and he said it was ‘trafe,’ not ritually fit to eat, we threw it out,” she told this newspaper back in 1977. “We never mentioned that we could not buy another one that week.”

You can still keep backyard birds. City code allows as many as five chickens or ducks on a dedicated lot of 2,000 square feet or larger. You can see them wandering around out-of- the-way parts of town. In the morning, sometimes you can even hear them.

But these fowl are cultivated for their eggs, not their meat. That means there are far fewer of them than there were a century ago, and they have a lot more room to roam.

Imagine the scene in the Hill District at the turn of the 20th century. You had tens of thousands of people living in a neighborhood without parks, without yards, without even vacant lots. And yet somehow they were getting their poultry live and nearby.

Where were all those chickens living?

The Pittsburgh Gazette revealed the answer on Dec. 8, 1901, in an article with the headline “Pittsburgh’s Mulberry Street.” It was written by Henry Nickelman, who wrote about everything from the local Chinatown, to children who lived in hotels, to celebrities.

The headline referenced “Out Of Mulberry Street,” a recent book by muckraking journalist Jacob Riis. It told the stories of the people who lived in New York’s tenements.

But not all spotlights shine the same. You can expose injustice while preserving the dignity of the oppressed. Nickelman doesn’t. He rents a room on Pride Street and wanders around the lower Hill District, reporting on the petty fights and the bad food and the ratty clothes of the Italian, Black and Jewish people who live in the neighborhood.

“While Thanksgiving is by no means an established holiday among them, many of the Jewish churches and families observe it, if for no other reason than because they are always glad of any excuse to eat poultry. There are probably more fowls eaten on Pride and Bedford and Wylie in a week than are consumed in all the East End in months.”

Everywhere, women are carrying live chickens in their aprons. Where are these birds coming from, he wonders? The crates at the butcher shops hardly seem enough. 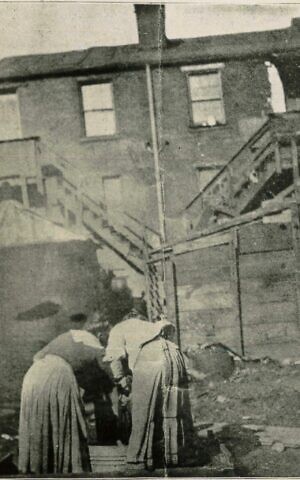 Then he gets a hunch.

“In passing a Jewish grocery in that district, I had often noticed a particularly rank and noisome odor which seemed to rise from the grated cellar beneath the sidewalk,” he writes. “As the window was boarded underneath the sidewalk, it seemed improbable that the odor, singularly vile even for Pride Street, could not come from the cellar.”

He talks his way into that cellar and discovers an underground coop — some 300 vermin-infested chickens living in total darkness. “The poultry business has always seemed so inevitably associated with wind and sun and open air, farmyards and cattle and work horses and barn fellowship, that there was a sort of unnameable horror clinging about this chicken pit, over and above the odor, which was horror enough.”

Talk of the farm feels a bit out of place, and it turns out to be a clue.

“Henry Nickelman” was one of the pseudonyms of Willa Cather. Cather was a young writer and schoolteacher in Pittsburgh at the time. She had come to the city from Nebraska in late June 1896 to take a job as a magazine editor. Sometime around March 1901, she began teaching Latin, composition and algebra at Central High School, perched at the top of Bedford Avenue. That fall, she moved into the English department.

The job put her in the heart of the Hill District throughout the school year, which might explain why the article focuses on scenes from November and May. No evidence suggests Cather ever lived in a Pride Street rooming house. That’s just a framing device.

A lot of the Nickelman pieces contain similar inconsistencies, and scholars now assume they were fictionalized to some degree. The pieces feel like writing exercises, a way for an aspiring novelist to experiment with narration and portraiture, rather than a way for her to fully enter into the lives of the people she is encountering or imagining.
All this ambiguity makes it hard to know whether the underground chicken coop was real — and whether its presence reveals more about the Hill District or about Cather.

Since the mid-1960s, Cather scholars have been debating whether her Jewish characters reveal an antisemitic outlook. Does she advance stereotypes or subvert them?

The weight of that question conceals a smaller but still heartbreaking one. How could someone who expressed such eloquent sympathy for the struggles of Scandinavian and Bohemian farmers in Nebraska have once been so cavalier about the struggles of Jewish and Italian immigrants in Pittsburgh, as well as Black people who had fled the horrors of Southern slavery to make a new life? It’s one of the great mysteries of her art.

In her beloved novel “My Antonia,” the narrator Jim Burden recalls his grandfather’s prayers one Christmas morning on their farm in small town of Black Hawk, Nebraska: “He gave thanks for our food and comfort, and prayed for the poor and destitute in great cities, where the struggle for life was harder than it was here with us.”

Cather wrote those lovely words, of course. What poor and destitute city folk did she have in mind? What great city would she have known but Pittsburgh? Did she recall the smell of that hidden chicken coop in the Hill District when she wrote those words?

Perhaps, but that was 1918. Had her heart been shaped a little differently back in 1901, we might have been blessed with one of the greatest pieces ever written about the old Jewish neighborhood of Pittsburgh. Instead, we got feathers and chicken scratch. PJC